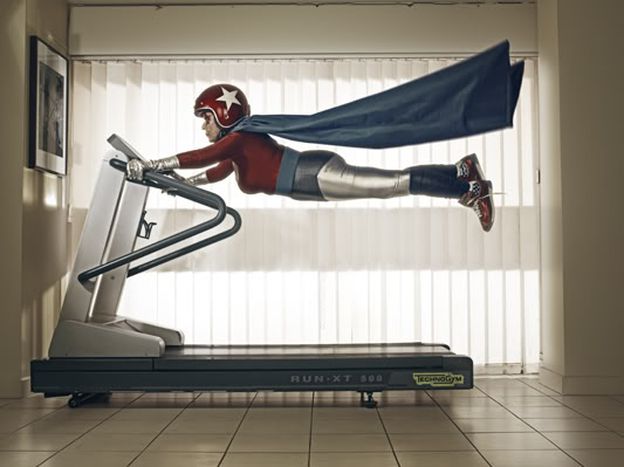 The 86-year-old already has sixty years of hardline activism behind her, and is the founder of 'la maison des Babayagas', an alternative eco-friendly, social habitat for creative women in Montreuil, in the eastern Parisian suburbs. The association is named after the children-eaters of Slavic mythology, and while Clerc is spicy to talk to, she's far from being a modern-day baddie

There’s hardly enough time to admire the Victorian profile of Thérèse Clerc – who is barefoot with hair tousled, a cigarette dangling from her fingers and a wrist limp – before she attacks. ‘We’re bloody bored in retirement homes,’ she says. There are no bingo nights or crap games at la maison des Babayagas though. A quick glance at the events programme of the week, which is pinned to the door in the entrance hallway, would turn even a minister a brighter shade of jealous red. In between dinners, debates and interviews with choreographers, the elder generation living here certainly has the pick of the crop when it comes to having a say in their quality of life.

This hasn’t always been the case, apparently. ‘A very polite man once told me that oldies were not really goldies anymore,’ says Clerc. ‘Personally I always thought that old men reeked of piss!’ she laughs in retaliation, loudly, before regaining her composure. ‘I spent my mother’s final five years with her, helping her through her illness. I was working at the same time, and my four children were divorcing, remarrying – it was hell. Add fourteen little kids to that equation and it was the cherry on top of everything.’ Clerc did not want to be such a burden on her family, and so she created la maison des Babayagas, a self-sufficient community of elderly women in Montreuil, in the eastern Parisian suburbs. The philosophy behind the network is simply that these women have to help each other. 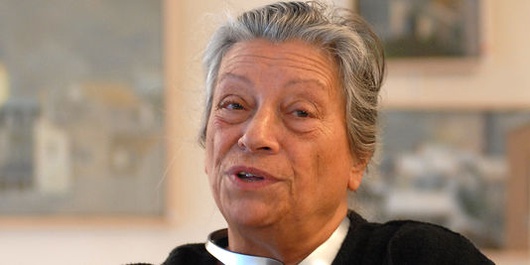 The activist element came naturally to the group. Feminism, solidarity, citizenship, ecology, secularity and self-management were the six initial founding principles of the group, issues which would send a chill running through a mainstream Parisian posh party. But these topics bring out the best in these ‘babayaga’ experienced activists. The group is women-only, and not out of direct discrimination to men. ‘Don’t come and bother me with all of that,’ says Thérèse Clerc edgily, before continuing in a lower voice that it’s not a rare thing to have male visitors to their events of an evening. She leans over with the spirited air of a grandmother who likes to play for shocks: ‘us oldies need a good lay too!’ She seems to be overcome, and sits back, readjusting her chignon and pose. ‘Women get 40% of the average pension a man gets. Now that there is discrimination,’ she says, arms flailing, her perfume filling the huge empty room where we sit.

Seven of the 21 women in the home are living on the poverty line. Aged between 58 and 88, they share their accommodation where needed. Some of them are former teachers, artists and painters, whilst others never had the chance to get their high school degrees. ‘Everyone is culture and wants to learn,’ insists Thérèse Clerc. House rules means that the women have agreed to do ten hours of chores a week, which some of the members have chosen to use as time to teach small children. ‘That doesn’t mean you can dump your kids on us every Wednesday afternoon when school is out; we're not babysitters,’ says Clerc, who certainly doesn’t share her name with Mother Theresa.

*A 2010 documentary trailer about Therese Clerc and friends, made by Jean Marie La Rocca

Over the years that Thérèse has spent going from door to door, around 16 members have left the leftists association, but it hasn’t put her off. ‘It was hard to box our community into one specific issue, and the project was annoying for some,’ she says, but she has gone on to meet fine friends, ‘damned good women’ as she calls them. Together, this sisterhood has grown into similar associations in French cities such as Brest, Saint Brieuc, Lyon, Bagneux amongst others. Clerc has to be off, since a German friend of hers has just got to the station. ‘Tomorrow’s politics are just a utopia!’ she says, her parting shot.‘Ageing is the age of freedom,’ she says, and how she enjoys it, in between classes, film projections and a permanent obligation to public life and duty. ‘One of us is a jurist,’ says Clerc. ‘Several years of activism later, we still educate ourselves about the subtleties of political life.’ We talk about equality – ‘I’m still waiting for it’ – and the treatment of pensioners, which she predicts will be a big topic in the future, amongst other delicate issues. Thérèse brings out a series of figures to explain how her project is a worthy one, and suddenly our discussion becomes technical. She was the one who had to see the home get off the ground. Once upon a time, Thérèse was helping the practice of illegal abortions on her kitchen table. Now, she is an official invitee to the Elysee Palace to talk about such matters, and Simone Veil herself decorated her with the legion of honour medal.