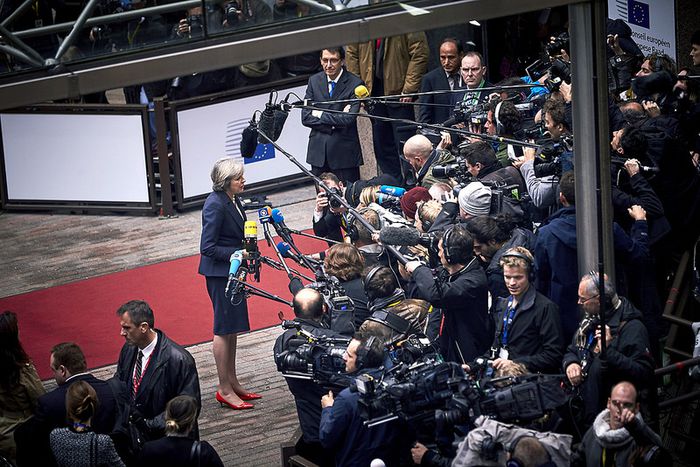 Theresa May vs the EU: Why can't we be friends?

Theresa May, the UK’s prime minister since July 2016, showed up at the European Council with a clear message: the UK will continue to work closely with the European Union even after their smooth (or maybe not so smooth) divorce. However, her future ex-partner is not necessarily aligning himself with such I'm-leaving-but-we-can-still-be-friends discourse.

Brussels, a little before 3pm on Thursday morning: Theresa May arrives at the Justus Lipsius building earlier than expected. Complete madness amongst journalists as everybody wants to capture the moment of Theresa May’s first European Council. Here she is, making her grand entry in red heels.

Welcome to a nest of doves...

Last June, we said goodbye to David Cameron after the in/out referendum that unexpectedly pushed the UK towards the exit route. But during this summit a new recruit was to participate in the negotiations. Donald Tusk wanted her to feel at home by giving her a warm welcome. The president of the European Council told journalists that Theresa was completely safe with them, even using poetry to make the message clear: "she is not entering the lion's den, but a nest of doves." Wow, that was deep.

Though initially an outsider, the leader of the Conservative Party did not seem lost at all upon her arrival in Brussels. Quite the contrary: she really knew why she was there, making clear that, yes, the UK is leaving the EU, but Britain won't draw a line under their joint work with their neighbours. "I'm here with a very clear message: the UK is leaving the EU, but we will continue to play a full role until we leave and we'll be a strong and dependable partner after we have left," Mrs May said. 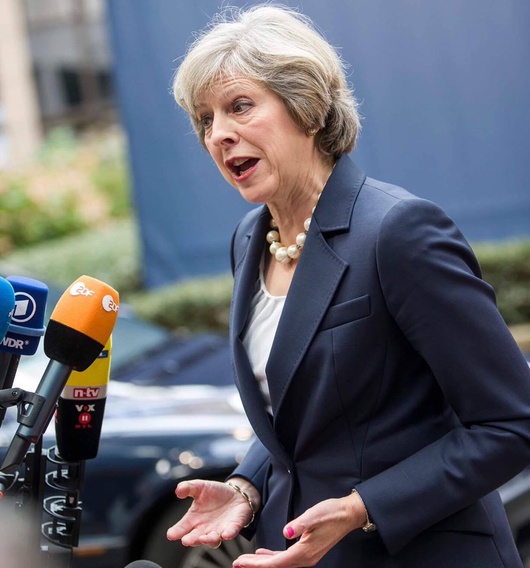 Her wish to maintain good relations and collaborate with the other 27 member states was not welcomed by most of her counterparts, who actually behaved like the lions Tusk had previously mentioned. François Hollande warned her as he arrived for the summit on Thursday that: "I say it very firmly; if Madame Theresa May wants a hard Brexit, then talks will be hard too."

European Commission president Jean Claude Juncker already seemed fed up of Brexit after the first day of the summit. When BBC journalists asked him about the issue, he just let out a weary sigh, an untranslatable answer that appeared to summarise what everyone at the Council was thinking. Some British journalists even described Brexit as "their worst nightmare ever" and confessed that "this whole thing was ruining their lives." 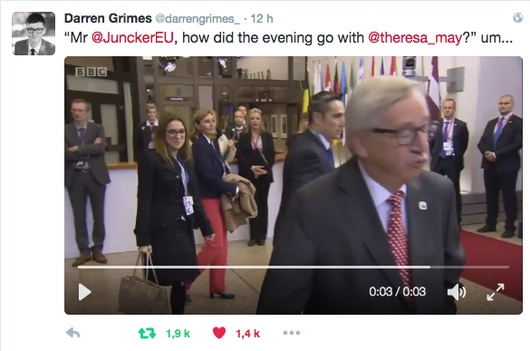 For his part, the president of the European Parliament, Martin Schulz, said he "refused to imagine a Europe where lorries and hedge funds are free to cross borders but citizens are not." What Schulz meant is that the UK would never have access to the single market if Ms. May did not accept the fundamental rule of free movement of persons. That means that the British government should forget about the hard divorce they had innitially planned, and move towards a smooth separation.

Only five minutes for Brexit

The three main topics of this European Council meeting were migration, trade agreements and external relations with Russia. However, Theresa May would also have the time to address Brexit. Not for too long, though, as she only managed to deliver a speech of five minutes right after dinner, just before waiters cleared up the tables. EU leaders made her wait until 1am (which is really late for a Briton), but at least she had the time to digest her scallops with bean mousseline, crown of lamb and vanilla parfait before speaking.

Brexit in the UK vs. Brexit in Brussels

Mrs May will trigger Article 50 in March 2017. There are two possible scenarios: a hard Brexit or a soft one. One would have thought that Theresa would always defend the hard version of the divorce between the EU and her country, since that is what she always suggested in London. However, things may have changed and, during the Council in Brussels, she seemed to lean towards "constructive negotiations." It might be because of the many different tendencies within the Conservative party, the dramatic fall of the pound, or even because Brexit is turning into "Regrexit."

Be that as it may, the fact stands that the views of the EU and the UK on how the Brexit process should continue are very different. Brussels is upset with Theresa May and most of the leaders refuse to find a middle ground. As Xavier Bettel, prime minister of Luxembourg said, "it is either married or not married." Furthermore, even if Brexit makes the front pages of British newspapers every single day, Europe seems to have more important issues to care about during summits.

Top 3 important quotes from her briefing

Friday, 2pm. The UK's press room was crowded with journalists. No one wanted to miss May's first briefing at the European Council. Before she began, she warned the media that she had to be quick, since she "had a lunch date with Juncker." The President of the Commission had invited her to look more closely at Brexit. 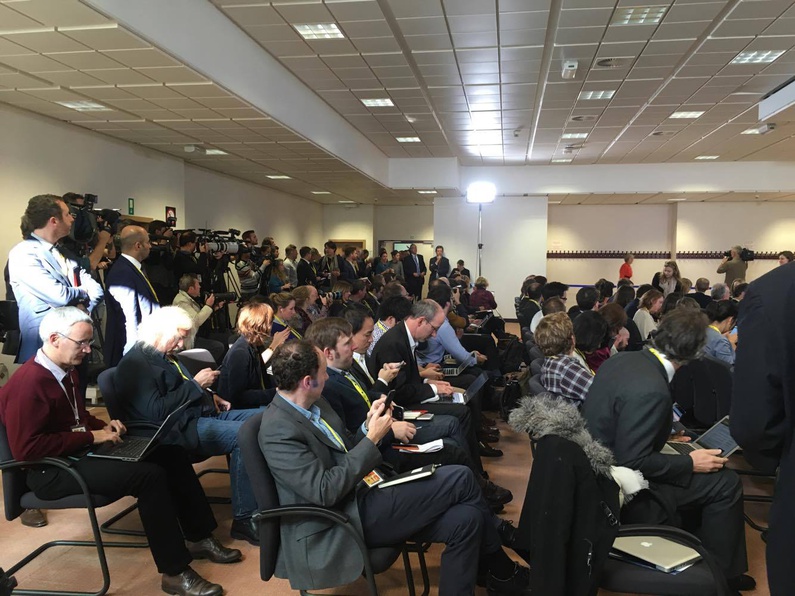 One of the questions British journalists raised was: "do you really expect countries to keep listening to us or are they entitled to ignore us now?" Prime Minister Theresa May did not even hesitate: "as long as we are members of the EU we will continue to meet our rights and obligations. Of course the 27 will have to take discussions among themselves, but I will continue sitting around the table." She does not want to be ignored by the rest of the group.

Once again, Ms. May said she was confident and enthusiastic about cooperating with her neighbours: "the UK is leaving the EU, but we are not turning our backs to our friends and allies."

Before leaving for her date, Theresa May addressed CETA and future EU-UK trade negotiations: "we are not looking to replicate a model that somebody else has in relation to their trade with the EU, but to develop a new relationship."

As the October summit came to an end, we all had the impression that for May it was like walking into the office once you have resigned for insulting your boss.