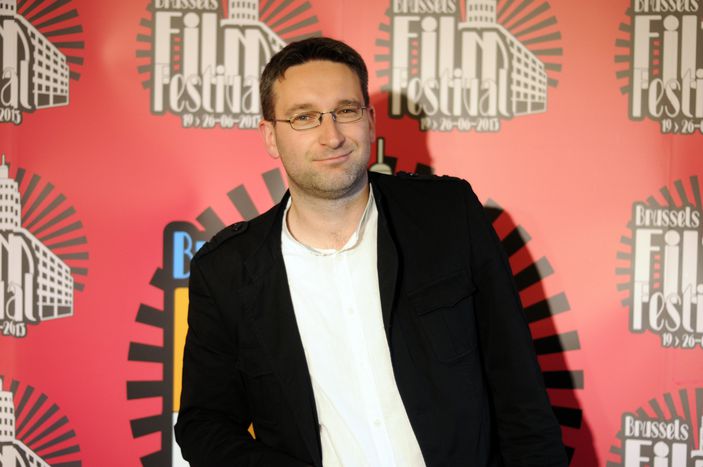 "There is a forgotten country here in Europe"

Viva Belarus! (Poland, 2012) is one of the first fiction films about contemporary Belarus casting Belarusian actors. Krzysztof Lukaszewicz based it on the real story of the young Belarusian oppositionist Franak Viachorka. The two wrote the script together and won the Best Screenplay Award of the 11th Brussels Film Festival. Cafebabel’s author Daniel Tkatch met the director during the festival.

The film is based on the biography of Franak Viachorka. Why did you choose this figure among others?

I got to know about Franak’s story from an article I read about him in Gazeta Wyborcza, a big daily Polish newspaper. I got interested in turning it into a film and contacted him on Facebook. Being a young man in his twenties and politically involved, he was, of course, very excited about the idea to make a film based on his life. I also think I succeeded to gain his trust very quickly.

In Mirosław Dembiński’s documentary Lesson of Belarusian from 2006, we see quite a different Franak Viachorka. While Franak’s father was in jail for his activity against Lukashenko’s regime and he himself was always politically active, your character is at first in doubt whether protests make any sense. Why?

In a story, it usually makes more sense when the hero goes through a change. It creates dramatic tension and is of more interest to the viewer. This is why our main protagonist was at first disinterested and even fearful to engage in an active protest. I also hope this story might inspire more young people to do the little they can to change the things for the better in their country.

There was another thing we changed in the story. The hero cannot return to normal life after his involvement in the protest. This is the film’s tribute to the sacrifice many oppositionists have to make. The struggle for freedom cost many of them their health or even lives.

On the other hand, I wanted to show that a person does not necessarily need to go to the streets right away, that one can achieve big changes step by step. But it takes courage and determination to do that. I think Franak’s story can be an inspiration of that kind. You see a young guy with poor health condition being recruited to the military. For me, the army functions as a kind of society in miniature, a model of an authoritarian state. But even under these initial conditions he succeeds to improve his and his fellow recruits' lives. The soldiers gradually received better medicine and even opened a library at the base. But above all the authorities slowly gave in and granted equal use of Belarusian language alongside with Russian.

The film puts quite a bit of emphasis on the language issue.

Yes. The situation with languages in Belarus is intricate and is avoided by the authorities as potentially flammable. Well, Russian is obviously associated with the Soviet legacy and is still prefered by Lukashenko himself, while Belarusian language is associated with the older generations – mainly grandmas and  grandpas living in villages, – but also with the opposition who is trying to strengthen the national identity via language as a common heritage. The fact is, and the film shows that, that you could get into trouble, if you spoke Belarusian in the army. While the constitution says the two languages should be equal. This has since improved thanks to people like Franak.

You wrote the script together with Franak.  Did you have to compromise a lot, for example on which details to exclude and on which to put more emphasis?

No. Actually, our collaboration was quite harmonious. One thing over which we did have a bit of a hassle is that Franak wanted by all means to include the story about his candidacy for in the local elections during his military service. I was afraid that it might not become clear for the viewer how this came about. But I think it works well in the final version.

Was it difficult for you to balance between the plot flow and the political message?

No. I mean, when you have an interesting story to tell then there is no big problem with the flow.

Who is your audience?

I would like young Europeans and others to realize that there is a forgotten country here in Europe. A country in which people still live under conditions that resemble the darkest of the communist, even Stalinist past. I wanted to show the situation which for many, I guess, would even be difficult to imagine.

Was the film shown in Belarus? What was the feedback?

Of course, the film could not be screened there legally. But people saw it via the internet. The reactions were mixed. Some people were saying that the situation in Belarus isn’t actually as bad, while others said the depiction is quite accurate. For me, it also shows how split the Belorussian situation is. By the way, the Belarusian musician Dzmitry (Vincent) Papko that played the main role is currently living in Poland and cannot return to his country because of his participation in the film.

The film was financed by Polish film funds. How do you explain the Polish interest in Belarus?

It is quite simple. Belarus is our neighbour and we have much in common culturally and historically. Poles also lived under communism and dictatorial regimes and it ended quite very recently. So people remember how it was and want neighbouring nations to achieve their freedom too. During the Orange Revolution in Ukraine, Poles were also very supportive of the protest movement.

Did you actually shoot in Belarus? Did you get any footage from there and, if so, how?

I visited Belarus and organized some people to film general scenes in Minsk. This film material had then to be more or less smuggled out of the country. However, for the most part, the film was shot in a small village 100 km east from Warsaw. Poland and Belarus look very similar. As soon as you leave the city you see that though we are now free the civilisation has yet to arrive. So the setting becomes very suitable for filming. Though I must say the Polish village is cleaner. The villages in the south of Belarus, for example in the Gomel region, look much worse. There are many areas that were contaminated by radiation during the Chernobyl disaster. Children there are being born with symptoms connected with the radiation. The government cares little about them.

What expectations do you have from showing your film in Brussels?

Well, Brussels is the capital of Europe. I hope many people see the film here too. So far, the European Institutions seem to have preferred to softly negotiate with the regime in Belarus than to put more pressure on it. I hope they move on from comfortable discussions to doing something more concrete in helping the people of Belarus to finally achieve freedom.

Could you tell us more about your current and planned projects? Any additional political films?

Oh no! Well, as a matter of fact, yes and no. There was a plan to make a film about soldiers in Iraq. About the result of the war there and the question whether it was worth it. But this project has been put on ice due to financial problems.