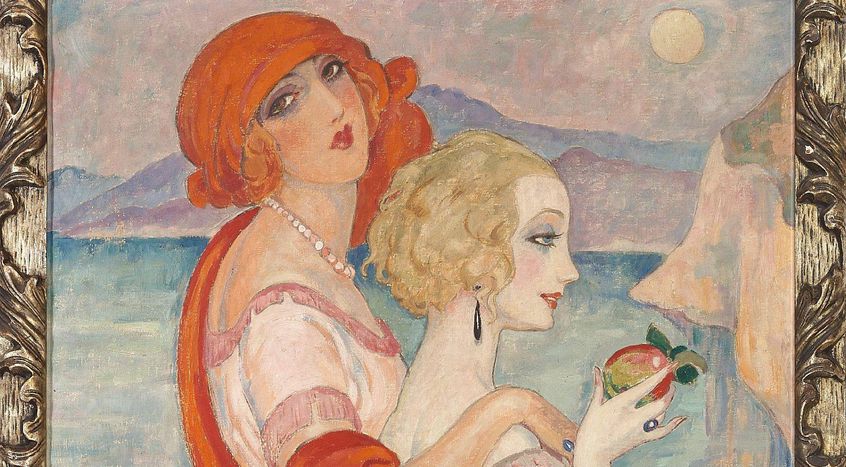 The Wegeners - Love or Friendship?

This is the true story of the Danish painter Wegener. No, not Einar Wegener, more famously known as Lili Elbe – or these days as "The Danish Girl". It is rather the story of the wife Gerda Wegener, played by Alicia Vikander in the recent Hollywood movie. Although Vikander plays her role superbly and has deservedly won an Oscar for it, she has not portrayed Gerda rightfully. Of course that is not her fault – an actor's performance is only the product of the script they work with. "The Danish Girl" is based on a fictionalised novel by David Ebershoff, narrating Lili Elbe's journey to self-discovery in a highly altered manner from the real events, as described in Elbe's autobiography "Man into Woman". Naturally, her story has touched many around the world, even more so with the movie out. Einar Wegener is celebrated as one of the first people to actively try to change their physical appearance to match their inner conviction of who they are. When Einar realised that he had always been Lili and stopped fighting against this fact, Gerda was the one supporting her spouse without hesitation. So who was this woman, fearlessly leaving her house at the turn of the century, with her husband dressed as a woman. In artistic circles it might have been easier to overcome prejudices and be who you want to be, but still the 1920's in Denmark were only the beginning of a long fight for gender equality. So how come that the Wegeners lived their truths so openly and unashamed? They certainly are an example to follow.

Gerda Marie Fredrikke Gottlieb was born in 1886 and grew up close to the city of Grenaa, on the east coast of Jutland. Her talent was discovered at an early age and soon she moved to Copenhagen to study at the Royal Danish Academy of Fine Arts. There she met Einar Wegener, already successfully working as a landscape painter. The two got married in 1904, when Gerda was only 18 years old and Einar 22. Gerda suddenly was part of the thriving arts society in the Danish capital. Her husband was widely celebrated as one the best Danish landscape painters of his time, while her works of erotic art were mainly frowned upon and criticized. She only began to accumulate more appreciation after her studies and mainly outside of Denmark. The rather conservative Danish society at the beginning of the 20th century found it hard to see a woman declare her sexuality so openly. Not only as an artist but also as a woman, Gerda was ahead of her time. That is probably why the couple started travelling extensively and finally ended up in Paris, where Gerda found her much deserved success. The années folles in the city of light gave them the freedom to discover themselves as artists, public figures and even as a married couple. Einar actually supported Gerda's success by sitting for her as a model. Her portraits of Lili are, until this day, her most revered works and the art world was shocked, provoked, even excited to find out in 1913 that Einar was actually the girl in those paintings. He dialled back on his own achievements to focus on his wife. Their bohemian lifestyle was accepted, if not celebrated, in France's capital and for a time they were happy there.

"Once one has found Paris, one cannot imagine living anywhere else. Although I love Italy, when I return and smell Paris, then I am happy."

This changed when Einar discovered that he could become Lili permanently. In 1930 he went to Germany and was one of the first medical cases to have a sex reassignment surgery performed on them. Lili Ilse Elvenes was born. Not an artist anymore, but one of the first transgender women to have survived the transitioning surgery. Later that year the Danish king Christian X. dissolved the marriage between Gerda and Lili, as they were no longer husband and wife. Both found new partners. Lili started a relationship with a French art dealer, whom she wanted to marry and have children with. At this point she was already 48 years old. The wish to carry children must have been impossible to overcome, so Lili once again contemplated surgery, this time a uterus transplant. In 1931 Lili Elbe died, following the progressive high-risk surgery. Gerda remarried that same year and went to live in Morocco. Her second marriage did not last long and she returned to Denmark in 1938 almost penniless and with her artwork out of style. Two years later she was also dead, only aged 54. 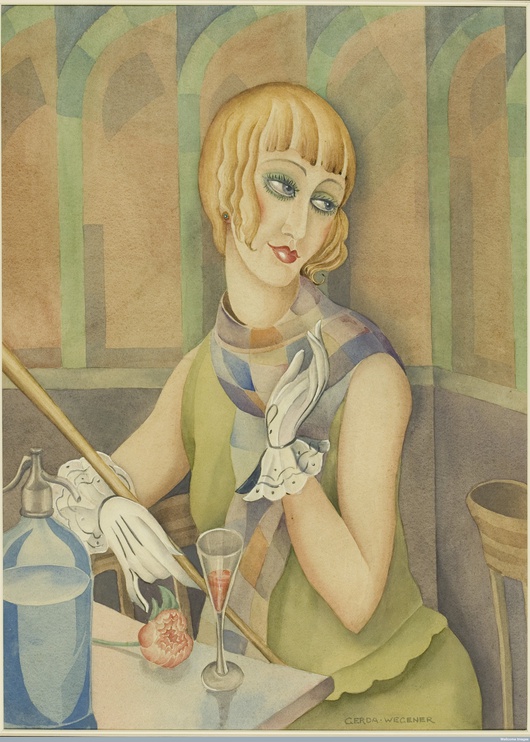 So what was it that kept Gerda and Lili together for so long? The movie seems to have the answer. There, Gerda Wegener is depicted as a woman that would do anything for her husband out of unconditional love. In reality, she was supporting Einar to become Lili just as he was supporting her with her unusual art. Theirs was probably a marriage of convenience. It is widely speculated that Gerda was at least bisexual due to her depiction of lesbian lovers in many of her drawings. And why would it not have been a union of practicality? They were a good team, supported each other through highs and lows of their respective careers, through personal life choices and created a space of unconstraint for each other. Who is to say whether they loved each other romantically, but they definitely did love each other. And isn't this the ultimate of friendship goals, as we like to call it today. Gerda Wegener was a woman of utmost talent and vision, unafraid to live her truth and support her loved ones unconditionally. Certainly someone to be admired, just as much as her spouse.

Until May 16th of 2016, The Arken Museum of Modern Art near Copenhagen displays one of the biggest exhibitions of Gerda Wegener's work up to this date.