Until I was almost attacked one night, I always felt completely safe in this city. Berlin is a safe place on the whole; you don’t often hear of people being mugged or knifed or raped as you do in some other capital cities. So I always walked home alone at night; I never thought twice about taking short cuts down unlit streets.

I knew, with the glorious stubbornness of youth, that nothing could happen to me.

Until recently, that is, when I encountered an opportunistic stranger, late one Saturday night. He wanted to accompany me home, he said. He blocked my path and wouldn’t let me continue. Only then did I realise how dark the street was, how empty but for me and him, how ironic it would be if something were to happen here, just a few streets away from the safety of my home. For some minutes, I was aware only of the threat before me and his vice-like grip on my arm. Against his physical strength, all I had was my determination not to be beaten – that, and an instinctive rage. Maybe he sensed that determination, or maybe it was my shouting at him, or maybe he saw the couple that thankfully appeared at the end of the street; either way, he finally let go and wandered off, cursing me. 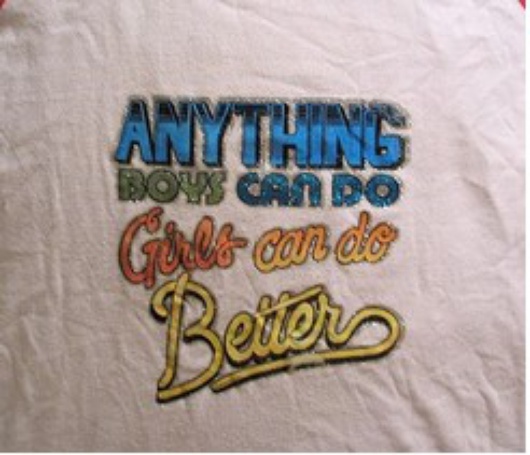 I had thought I was invincible; or more precisely, I thought I was as invincible as any man. When I was about 10 years old I had a pencil case with a cartoon picture of a girl with a speech bubble that said “Anything boys can do, girls can do better”. To say that I lived according to the slogans on my stationery would be going a bit far – but I think I did believe that girls could be just as good as boys, if not better, at everything. Turns out I was wrong. My recent encounter was a stark reminder of the weakness of the fairer sex.

For a few weeks afterwards, I felt nervous anytime I ever heard footsteps behind me. I retained the image of his face in my mind, and I compared that image to every man I saw on the U-Bahn, every man I walked past on the street, to make sure that it wasn’t him. My anxiety has more or less disappeared by now. My awareness of my vulnerability, however, has not.

As Samantha from “Sex and the City” says (and she ought to know): sex is power. Yes, women can – and do – enjoy the power that this gives us over men. But the power isn’t always in female hands; sex also makes us vulnerable. No amount of feminism will ever alter our physical inferiority. No matter how much progress we make in terms of equal rights, equal pay, equal status, we’ll always be the weaker sex – in one sense, at least.