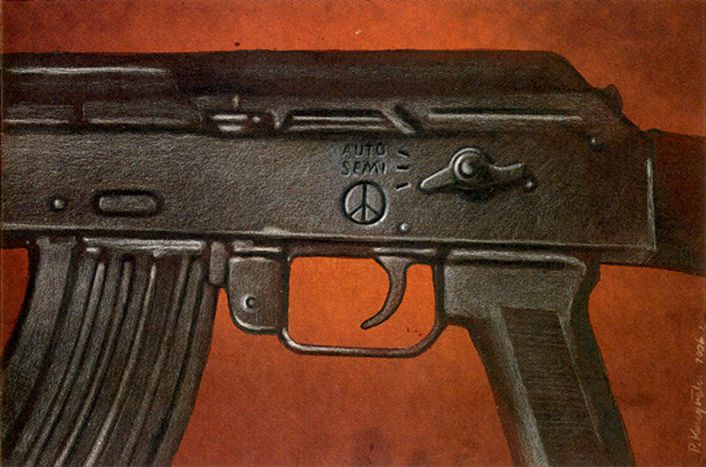 The War Among Us

Why do we keep fighting each other in endless wars?

The course of history never lacked of war, meaning armed conflict between men. There are many kinds of war: expansive, defensive, civil and religious, also rebellions, world wars, cold wars and even economic ones.

Thucydides' work teaches us that the horrors and disasters of war will continue to exist as long as the human condition - human nature - remains unchanging.

On one hand some would argue that this is an objective ascertainment, on the other hand many would call it an ominous insight. Whatever the case, the brilliant historian of antiquity and the successors of his work, have already warned humankind about the impact of war from the 5th century BC.

The impact...immeasurable, on every aspect of human life.

The first and most obvious impact is on human life itself. Brutal deaths, innocent victims, torture, concentration camps and famine plague all war participants.

Moreover, war enrages man. This has a tremendous cost on human psyche and morale. People have to live in a constant uncertainty and that makes them violent and suspicious of their surroundings. Survival of the fittest becomes a priority and that leads to situations that force men to rampage. All in all war turns human to inhuman.

War creates a state of immorality that gives the armed a sense of being above all laws and the rights that they protect. Furthermore, democracy is abolished and every voice that tries to speak up becomes immediately suspicious and must be persecuted.

Last but not least, we should underline that war also has a grave impact on every great achievement man has made during a time of peace: art, science, ideals, values, institutions and education. Entire cultures decline whenever a civilization becomes involved in warfare.

So why, despite current development and progress, does man continue to make the same mistakes? Why do we continue to repeat the bloody and dark pages of history? Is war truly inevitable?

Unfortunately the answers to the above questions become all the more clear day by day and year after year. Our warlike nature tends to become completely irreversible and death our only blessing. Values such as peace and love wane and crumble before personal and economic interests of our "dog eat dog" societies.

All the above reflections on the constant threat of war, bring to mind a scene from the film "The Lion in Winter" (1968). In that scene queen Eleanor (masterfully portrayed by Katharine Hepburn), a deeply unsympathetic character who is especially vile, groveller and shrewd, lectures her sons in a moment of sincere clarity and honesty.