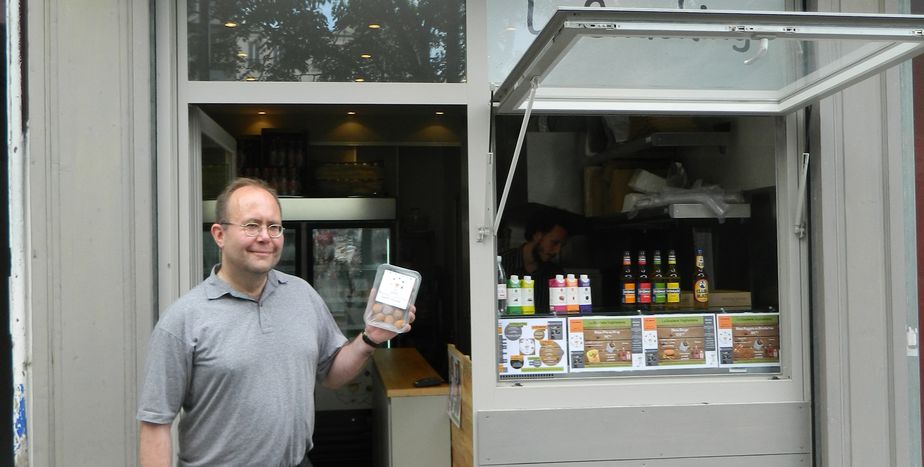 The "vegetarian butcher": how to make meat without meat

Beef without beef, chicken without chicken and pork without pork. What is it? Just that - meat without meat. The Parisian "vegetarian butcher" (boucherie végétarienne) shows us how it's done. The name is not just a provocation, but also a plan: there's only vegetarian and vegan "meat" products cross the counter. Franziska Bauer has the scoop.

Philippe Conte and Isabelle Bensimon opened their little "vegetarian butchery" in Paris about three months ago. They got the idea for it at the end of 2012 while visiting friends in the Netherlands when they both tried vegetarian meat substitutes from soy and wheat protein for the first time - and loved it. In Conte's own words: "We said to ourselves, it's impossible that something like this doesn't exist in France yet!" And so the idea of opening the first "vegetarian butchery" in France was born.

Everything that this "butcher" sells is manufactured in the Netherlands. The recipes, however, come from Conte himself, he said: "The taste has to be adapted for the French. Because of their long common history,  lots of Indonesian spices are used in Dutch cuisine. They don't taste as good to the French."

Conte also explained why, except for the freshly-prepared snacks like burgers and sandwiches, only frozen products are offered: "In order to achieve a meat-like consistency, the vegetarian paste must be frozen at minus 30 degrees and immediately mechanically pressed. So as not to interrupt the chain of cooling, we sell the products as is."

The products - everything from artificial sausages to ground beef - don't all taste the same and don't have the same ingredients basis. For the vegetarian nuggets, for instance, besides just soy, legumes could also be used, like with chickpeas for falafel. 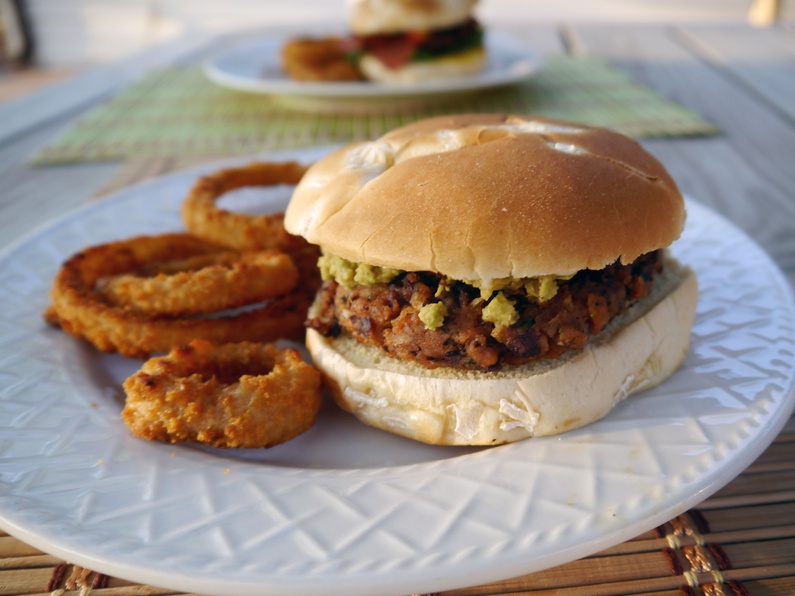 Conte let me choose a sample from the snacks offered. At the recommendation of an employee, I chose one of the meat-free meatball wraps, which our entire editorial team was allowed to try. And look what happened: It even satisfied a passionate meat-eater! Our Spanish editor Naiara said she never expected it to taste so good, "even if the consistency isn't exactly the same as meat." Lorenzo from Italy was a bit more reserved with his critique: "It doesn't taste bad, but I think I'll stick with 'real meat meatballs.' I also don't really understand why the products need to imitate meat. You could find different names for the products and make them a little more original."

Our English editor, Viral, who has never eaten meat, thought it tasted good: "Obviously I can't say anything about its authenticity, but it makes me happy that there's another option for vegetarians here in Paris, where it's not always so easy to find meat-free meals."

By now there are a handful of meat-alternative restaurants, even in Paris. A good tip for one is the Eastsideburgers in 11th arrondissement, which describes itself as the "first exclusively vegetarian fast food place in Paris." For this scene this is actually a novelty - also because it offers vegan muffins and cheesecakes.

The "boucherie végétarienne" may be the first of its kind in France, but not in Europe. The Netherlands, which already contains several, is the leading pioneer of this industry, but Switzerland and Germany also have a few points of sale by now. While at the organic butchery Michel Spahn in Frankfurt, vegetarian roulades sit next to the meat ones, the Zürich shop Rolf Hiltl only offers vegetarian products, many of which are manufactured by the owner himself. Since last year, for instance, giant shrimp made from sweet potato roots are for sale. Moreover, his restaurant "Hiltl" is right next door - the first vegetarian restaurant in the world, which opened its doors 116 years ago.

According to Philipp Conte, the boom for vegetarian meat substitutes started in 2010 in South Africa - due to its large Hindu community of about 550,000, which built the foundation for the market. The wave swelled over the U.S.A., especially in California, and finally landed in 2012 in central and northern Europe. The businessman said he's certain that the southern European countries will soon follow the trend.

As a farewell, Conte gave me a piece of wisdom (in German!) from the playwright Bertolt Brecht: "Zuerst kommt das Fressen, danach kommt die Moral." First comes the feeding, then comes the morals. It was important to Conte to emphasize that you could also flip the sentence around today - in his opinion, "morality now has the final say about the diet." Right, well, it should at least.

Vegan/vegetarian restaurants to check out: