The US elections: As seen through Europe's eyes

The importance of the US elections has made us wonder what young Europeans think of it all. Although they are not allowed to vote on 8 November, the elections will have a profound impact on Europe, and the whole world...

Come what may, one thing is sure: next Tuesday's elections have everyone on tenterhooks. We sent out a message in a bottle to find out what young Europeans living on the other side of the Atlantic think. Our message was found by several people who’ve spent time in New York: Fabiana, a 31 year-old Italian engineer; Argemino, a 32 year-old Spanish journalist; Ana Gabriele, a 24-year-old Lithuanian working for an NGO; and Katz, a 22-year-old Dutch/English journalism student and translator. Here’s what they had to say.

cafébabel: Do you have a preferred candidate and why?

Fabiana: I’m not crazy about either candidate, but I prefer Hillary Clinton. Bernie Sanders was my first choice, but in a comparison with Donald Trump… There should be no discussion on this.

Ana Gabriele: I do not have a preferred candidate because I am not vested in this election, nor any presidential election for that matter. I simply do not believe in the current representative democracy model.

Katz: I prefer Jill Stein (or Bernie Sanders back when he was a candidate) because she is conscious of things that I struggle with regarding Hillary Clinton and Donald Trump, like foreign policy. 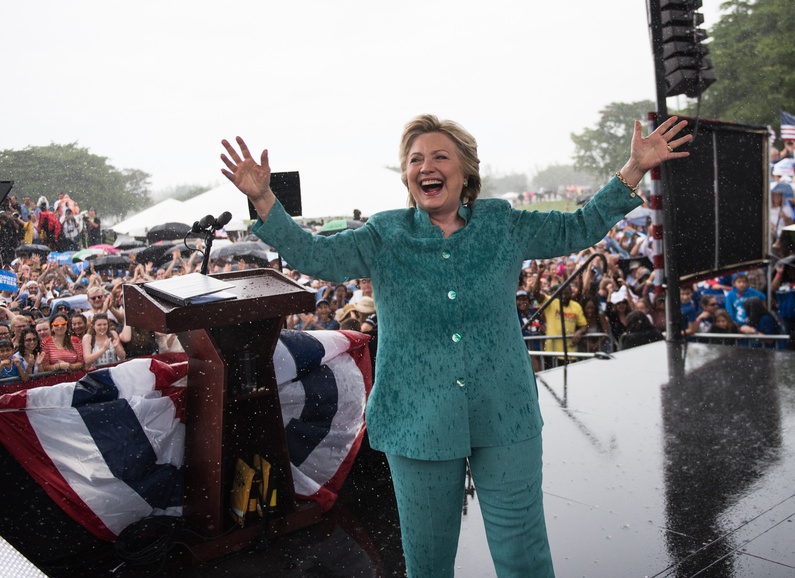 cafébabel: It's hard for some people in Europe to understand the distrust some people feel for Hillary Clinton. How would you explain it?

Fabiana: I think somehow Hillary has never been forgiven for her husband’s scandals. There’s still a long way to go for gender equality in the US, and the fact that there hasn’t been a woman as president yet is proof.

Argemino: This country was born in war against a monarchy, so anything that smacks of inheritance rights, like a second Clinton presidency, generates distrust. No matter how experienced and competent she is, Hillary Clinton has 30 years in the political limelight. It's an old voice, more of the same.

Ana Gabriele: Hillary embodies the elitism within American politics. She is from a privileged background, worked for a fancy law firm, has been in top level-politics forever, has great relationships with banks and corporations but was not really being concerned with winning the voters over.

Katz: I think within the States a lot of the anger stems from of her history of close relationships with Wall Street, which is all the more painful as she promotes herself as being 'for' the minority groups (Latinos and African Americans in particular). It is impossible to ignore how many people have just fallen out of the system.

cafébabel: Describe this election in one word.

cafébabel: If Donald Trump wins, he plans to build a wall between the US and Mexico. What is your opinion on that?

Fabiana: That’s just demagoguery. He won’t do it in the end.

Argemino:  The wall would be expensive and hard to build, and probably ineffective. He says extreme things like this to gain media coverage. This why, to some extent, he has arrived where he is now.

Ana Gabriele: As if that will stop illegal migration.

Katz: I am curious about why some unrealistic statements Trump makes are picked up on and explored and others are not taken as seriously.I don't think most people think it's going to happen (especially since he wants Mexico to pay). But I do think a symbolic wall (through bureaucracy and legalities) is a genuine risk and that makes me nervous. 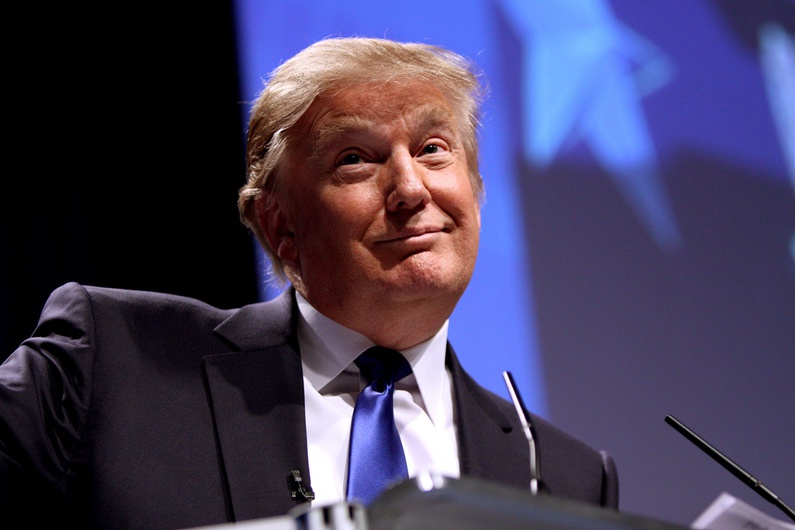 cafébabel: In general, European media are really sceptical about Trump’s plans and the rhetoric he uses. But we have our own walls of shame, like the one that will be built in Calais to keep refugees out of the UK. Do you think there is a hypocrisy in our reporting of Trump?

Fabiana: I do think there’s some hypocrisy in this. The EU is not doing the best job in managing immigration flows… we see that everyday, with hundreds dying in the Mediterranean. But I think in the EU the debate is more lively than in the US, for geopolitical and historical reasons.

Argemino: The US and Europe are falling prey to populism. The right wing is one side of the coin and includes suspicion of (even more towards refugees), as in France, Germany or the UK immigrants. But there’s also left-wing populism that, instead of blaming immigrants for all the evils, blames high class of rich and powerful interests. Donald Trump and Marine Le Pen, Bernie Sanders and Pablo Iglesias, are part of the same phenomenon: the general breakdown of trust in the principles of liberal democracy.

Ana Gabriele: We often have double standards for judging our own actions and for judging actions of our neighbors. There is widespread ethnic and racial discrimination from Western Europeans towards Eastern Europeans, not to mention refugees who are even further detached identity wise.  We "Europeans" have our own identity crises that reflect in such drastic actions as building walls as to avoid facing those crises.

Katz: I think fear of "foreigners" or illegal immigrants is bigger in the US. But I haven't had a lot of contact with far right people in Europe (partially because it is less socially acceptable, and partially because it is more separated, in the US you are forced to acknowledge your neighbours, colleagues or cousins who openly support Trump as opposed to them being more separated into social groups that don't meet).

cafébabel: Is the United States, a land built by immigrants, afraid of immigration?

Fabiana: Americans are open to other cultures (even though they are deeply proud of theirs) and there’s room for competent foreign people that can benefit their economy. But they seem to be afraid of people who cannot make it with their own strengths, as some immigrants and many other Americans that live below the threshold of poverty.

Argemino: In 2044, according to the census, white population will drop below 50%. In the 60’s it was 90% and today it’s 62%. This is new and I imagine that this worries a lot of people, because they no longer recognize their idea of "America".

Ana Gabriele: The US lacks an infrastructure to facilitate continuous migration and that is scary to people. So I don’t think Americans are afraid of immigrants but it’s the fear of higher taxes, financial instability, etc.

Katz: American policymakers certainly are afraid of immigration. But I wouldn't feel comfortable extending that to the country. Are European countries less fearful because they have learnt the horrific lessons of what happens when you get too involved in nationalism?

cafébabel: If you talk about politics/society/economy with your American friends, do you notice that you have a "European" perspective on things?

Fabiana: Definitely, yes! I will always remember a discussion with a married couple in their sixties. They basically said that if you don’t work hard in your life, you don’t deserve to get access even to basic services like hospitals and schools: "I want my kids to go to a good school. And why should I pay for the public school for other people’s kids?" They were probably more representative of the Republican electorate, but I feel there’s a strong cultural substrate that is common to all Americans, the concept of "self-made man."

Ana Gabriele: It is hard to determine whether the opinions differ purely due to differences in cultural background, or education, or personal experiences. I don’t agree with Dutch and French on everything they say just because they are Europeans too.

Argemino: We Europeans come from much older countries. We don’t question the State that much. We pay taxes and this gives us health insurance, public education and holds the monopoly of violence. In the US there is still no such confidence; the right to bear arms is sacred in part because this way everyone can defend the government if it becomes tyrannical. In the classical balance between freedom and security, I would say, generalizing a lot, that American values freedom more and Europeans security.

Katz: Apart from the things I dislike in the US, there are also many positive aspects. People here are much more sensitive in points such as race and gender. I have been triggered to think by stories of being in a meeting in Poland and the group being called diverse because there are people from all different countries and an American wondering how they can call this diverse when everyone is white.

cafébabel: What should Europe learn from the States? And the other way around?

Fabiana: How to enhance and invest on innovation. It is really the land of opportunity. The Americans should probably learn from us how to be more inclusive, especially towards the most vulnerable parts of the population.

Argemino: Perhaps Europe could learn to be a little more hard working steady, pragmatic and original. And the Americans should learn to relax and to enjoy more of life.

Ana Gabriele: The US should learn about human rights protection and institutional accountability.