The under-seasoned riddle of Dutch cuisine

Why is Dutch food so bland? Stamppot, the kroket, and even the infamous kapsalon might reveal something telling about Dutch culture: a distaste for pretentiousness that can be traced back to the Netherlands’ Calvinist past.

Unless you’ve spent considerable time in the Netherlands, chances are you don’t know much about Dutch cuisine, and perhaps with good reason. Let’s face it: boiled potatoes and vegetables mashed together, perhaps with a bit of salt and pepper for seasoning - the basic make-up of the ultra-Dutch dish stamppot - does not sell a lot of cookbooks or get people to line up outside a restaurant.

From snert (pea soup) and boerenkool (kale before it was hip) to sandwiches containing nothing but cheese (who needs other toppings or condiments?), traditional Dutch food is - to put it lightly - bland. And the strange thing is, there does not seem to be a reason why it should be. Around the time national cuisines started developing Europe (the French and Italian traditions we know today, for example, began to take shape in the sixteenth and seventeenth centuries) the Netherlands was one of the richest and most well-connected countries in Europe. Not only that, but it was also busy building an immense global trade empire that was largely fueled by the spice trade. How does a country that once tried to colonize half the world for pepper, cardamom, and cloves end up with this? 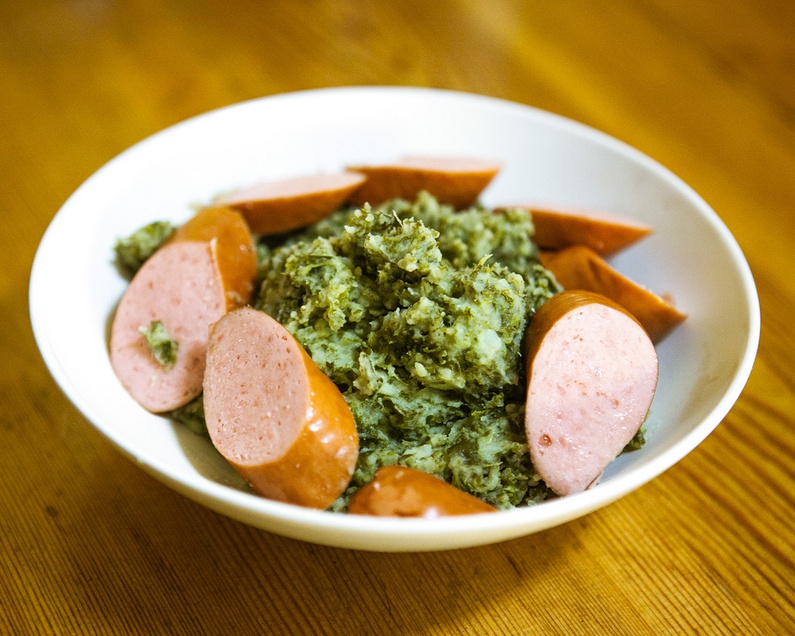 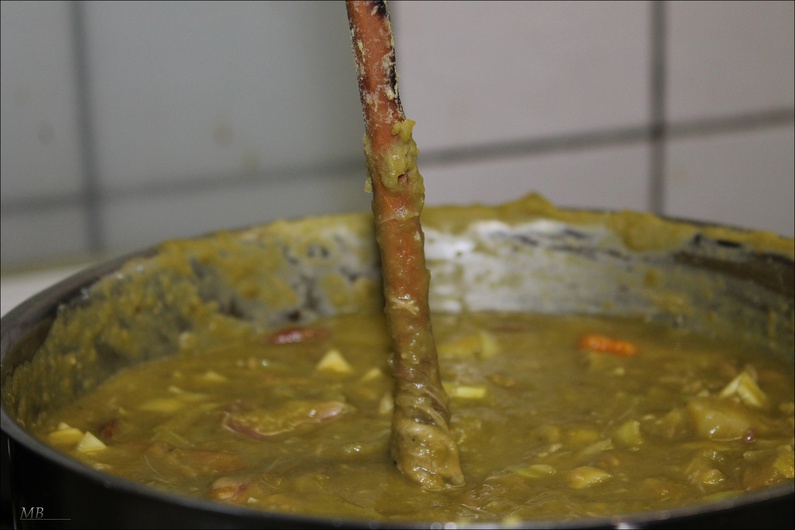 To answer this question, we need to take a closer look at Dutch history. For the hearty, old-fashioned meals which many Dutch people today would nostalgically refer to as "typically Dutch" are in fact a relatively recent phenomenon, popularized in the nineteenth and twentieth centuries.

In the nineteenth century, the Netherlands’ former position as major naval and commercial power was dwindling and the Dutch economy was not doing so well. Around this time, a new cookbook called Aaltje: The Sensible and Thrifty Kitchen Maid became all the rage. Unlike earlier cookbooks, which described lavish meals only the wealthy could afford, Aaltje was known for its simple and affordable recipes. But most importantly of all, it introduced what would become the central trifecta of Dutch cuisine: vegetables, meat, and potatoes.

During the Industrial Revolution, an initiative by middle-class women to promote cheap and healthy eating habits among the working classes led to the widespread dissemination of this new, plain and unpretentious cuisine through huishoudscholen - schools for domestic science. But in the early twentieth century something surprising happened: the huishoudscholen and the new way of cooking they espoused became immensely popular among middle-class girls, and soon almost the entire country was mashing red cabbage and spuds together in a sensible pool of gravy.

But even long before the nineteenth century, hints of the Dutch love for plain food can be observed. While French chefs were devising one new culinary delicacy after another for the aristocracy to obsess over, Dutch cuisine retained many old medieval features well into the seventeenth century. And although many elites did emulate French fashions, many Dutchmen also seemed to take pride at the relative simplicity of their food. Poets praised the healthful and "sensible" nature of Dutch cookery compared to French extravagance, and proudly contrasted the virtue of Dutch ‘coarseness’ to French courtly artfulness.

A poem by Jacob Westerbaen illustrates how plain and rustic food became associated with hard-working Dutch honesty and expensive delicacies with aristocratic idleness. The poem talks about a simple, hard-working Dutchman named Kees, who happily eats his bread and cheese after a day of labor. Kees’ simple pleasure is contrasted with the apathy of the wealthy Tijs, who eats delicate partridges but finds no joy in them because he is never hungry.

"Let all men live in their respective stations"

If you ask a Dutch person, they might point to Calvinism as an explanation. This strict form of Protestantism, for a long time dominant in the Netherlands, has supposedly made us stingy and wary of any form of excessive earthly pleasure as sinful. But something about this isn’t quite right. Anyone who has ever walked through an orange sea of intoxicated revelers on King’s Day, or observed rosy-cheeked merrymakers in Golden Age Dutch paining knows that pleasure, comfort, and enjoyment are far from taboo in the Netherlands. We drink. We eat. We feast. We just don’t seem to want to make a big deal about how sophisticated we look while doing it.

In fact, this is in line with the writings of Calvin himself. "Let all men live in their respective stations, whether slenderly, or moderately, or plentifully," he wrote in Institutes of the Christian Religion (1536). The sin was therefore not to enjoy luxury, but to live above your allotted station in life and pretend to be worth more than you were.

For the protestant and overwhelmingly middle-class Dutch, this was exactly what those snooty French aristocrats with their fancy, contrived delicacies were doing. And this aversion to pretentiousness seems to have stuck.  Sure, Dutch palates might not be as bland as they once were - döner lathered in sambal has long since eclipsed the stamppot in popularity - and we might even enjoy a culinary innovation here and there, even if it is something like the kapsalon, a 1,500-calorie mixture of kebab, fries, cheese, and garlic sauce, with a little bit of lettuce to keep things healthy.