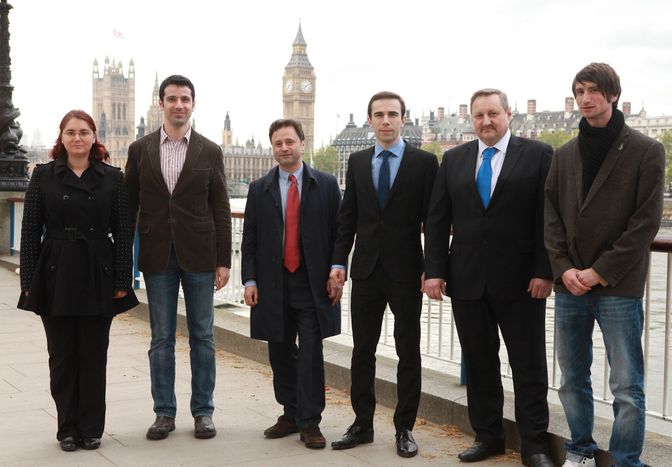 The UK election: Europe in the polls

Today's General Election in the UK is already considered to be the most important in a generation.

But how will it affect the future role of the country in Europe?

David Cameron's Conservative Party have made it clear that they plan to hold a referendum on EU membership in 2017. However, this pledge has widely been seen as an act to appease the Tories' sizeable eurosceptic faction. The Conservative party has been pulled to the Right of the political spectrum on this issue, in order to counterbalance the challenge from Nigel Farage’s UKIP.

The television debates before last year's European elections between Farage and the Deputy PM and Lib-Dems leader Nick Clegg managed to show how dominant narrative on Europe is focused on claims rather than facts. It meant that Farage's simple argument led a resounding victory in both rounds.

On the other hand, the choice of Cameron and Miliband not to enter a similar debate showed a certain degree of political weakness, similar to when the Labour Party urged Martin Schulz, the Socialist president of the European Parliament not to visit the UK during his 2014 campaign to become the European Commission President.

In terms of EU membership, the issue at the centre of the debate tends to revolve around immigration and  the freedom of movement of EU citizens, a vital pillar of the Union.

Despite the fact that research by academics Christian Dustmann (UCL) and Tommaso Frattini (University of Milan) proved last year that the UK gained £20bn in ten years from EU citizens’ fiscal contribution  the representation of EU citizens as benefits tourists in the country is always present in the media. 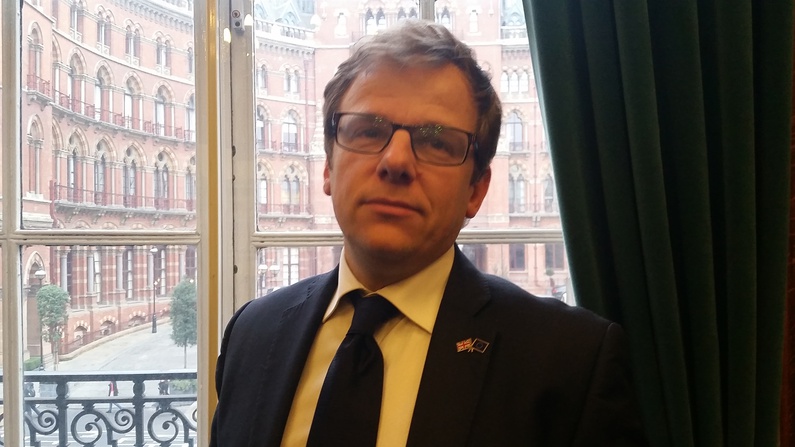 Earlier this year, Lazzaro Pietragnoli, Mayor of the Borough of Camden, in London told me: “The [EU debate] is a very poor debate and the answer to those claims and demagogic positions is not able to put the record straight.”

For Pietragnoli: “A pro-European approach is bigger when you talk to people, rather than when you see the debates between the political elites, as in any party, there is sometimes a negative approach towards the EU or, possibly on the left-wing side, the fear to put forward a response to that negative approach.”

In the current scenario, it is not surprising that EU citizens in the UK are following the General Elections with great interest; but some European citizens have decided not to be just spectators.

Earlier this year, I also had the chance to speak with Tommy Tomescu, leader of the Europeans Party, a political formation aiming to fight against the discrimination of EU citizens in the UK. Tomescu reported one such case of discrimination during our meeting - a Romanian dentist who was told by a patient that she shouldn't have been allowed to work as a doctor, but rather just in the fields. 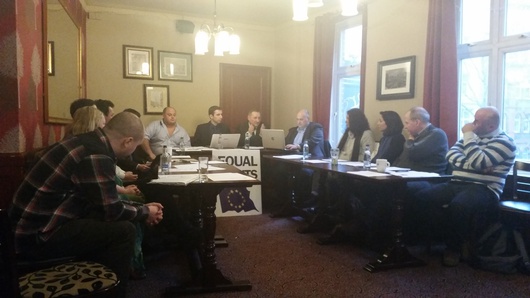 The party was influenced not just by discrimination issues, but also by the stiffening of the positions on EU issues by a traditionally pro-European political force like the Lib-Dems; Tomescu's party has also launched a campaign called Let Us Vote and Stand, aimed at allowing EU citizens living and working in the UK to vote and stand in the General Elections.

To achieve this target, Tomescu lodged a claim for a Judicial Review in the High Court on April 16. Furthermore, in today’s General Elections, the European Party sees its Vice President Andrzej Rygielski standing in the Ealing Central and Acton Constituency in London.

Europe will be on the minds of millions of British voters today, but how much demagogy and misinformation will affect their choice?