The two-seat parliament farce must end

On September 18, the first ever European Union citizens’ initiative reached the magical figure of one million signatures. The initiative was instigated in May by Swedish MEP Cecilia Malmström in the hope of ending the folly of the European Parliament having both a seat in Brussels and a seat in Strasbourg. her campaign of a single seat in Brussels has not gained universal support. Bernd Posselt is just one MEP adamant that if ‘you have one capital, it should be Strasbourg, not Brussels’. Posselt invokes Strasbourg as a symbol of Franco-German rapprochement after the Second World War. So have one million EU citizens and the majority of MEPs simply got it wrong?

According to British MEP Richard Corbett, ‘the seat of the European Parliament (EP) should be in Brussels where we already have three quarters of our parliamentary activity and where the other institutions are located.’ He explained that MEPs ‘interact with the Commission and the Council daily. And Member States, NGOs, trade unions and employers’ organisations are all based in Brussels. Brussels is the de facto capital of Europe.’

A symbol of bureaucracy and insanity

Although Bernd Posselt is extremely reluctant to acknowledge the fact, it seems clear that the vast majority of MEPs support a single seat in Brussels rather than Strasbourg. And now these pro-Brussels MEPs have a sympathetic ear in the European Commission. Margot Wallström, a commission vice-president, recently told E!Sharp magazine, ‘something that was once a very positive symbol of the EU reuniting France and Germany has now become a negative symbol – of wasting money, bureaucracy and the insanity of the Brussels institutions.’ 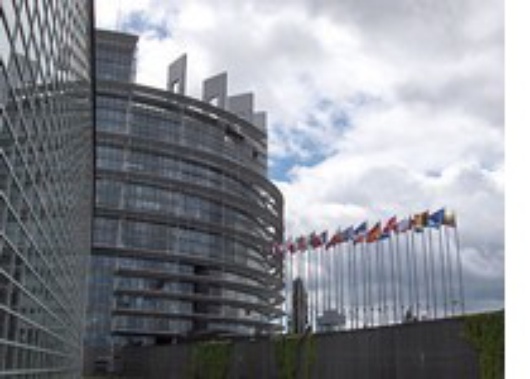 And Wallström is right. For approximately four days a month, MEPs must up-sticks from Brussels and travel to Strasbourg for plenary sessions. This costs the EP an estimated €200 million in transportation costs alone. The cost to the already battered reputation of the European Union among its citizens is undoubtedly far greater. Today public opinion on the EU is at an all-time low across after the rejection of the proposed Constitution last year. Europe could do with some good news.

Clinging on to Strasbourg

There is, however, a perennial problem that pro-Brussels supporters clearly recognise: the 25 EU Member States are the ultimate arbiters of where the EP conducts its business. Each state has a veto, including France whose representatives might resist the one-seat change. Corbett acknowledges that Strasbourg needs compensation for the loss of the Parliament. Strasbourg’s European Parliament building could hold the European Council summits or a new high-tech institute. But will these incentives finally push France into embracing the idea of a Parliament-free Strasbourg?

Both Nicolas Sarkozy and Segolene Royal are hoping to replace French President Jacques Chirac. On September 8 this year Sarkozy criticised the need for unanimity on key EU policy decisions . It will be interesting to see whether he feels the same should he become President.

But the sheer stupidity of wasting time and energy moving between two locations for a single Parliament is overwhelming. The time of invoking Franco-German rapprochement as a symbolic justification for choosing Strasbourg over Brussels for the EP ended in 2004 with eastern enlargement. The ‘oneseat’ campaign and the one million signatures need to be acted upon.

For too long it has been a favourite trick of Member States to hide behind a EU façade when making unpopular decisions. MEPs have probably done as much as they can at this stage in their quest to end the two-seat farce. Now it is down to member states to take responsibility and either persuade France of the merits of a single seat in Brussels or admit failure.