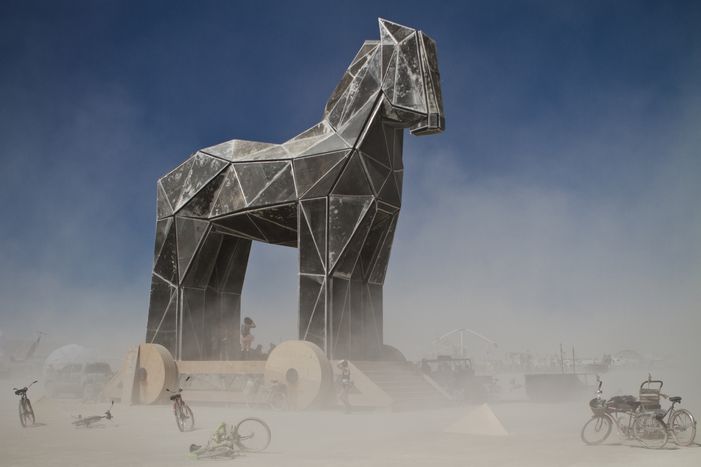 The Trojan Horse that is TTIP

Last month, protesters against the TTIP carried a Trojan Horse onto a square in Amsterdam. Not nearly as big as the original one that according to myth marked the fall of Troy, but its message was clear: the EU-US trade deal that is currently being negotiated is trouble. The public should be allowed to inspect this 'gift' lest it turns out to be a decisive victory of corporations over the people.

Speaking about the Transatlantic Trade and Investment Partnership (TTIP) is a lot like speaking about freemasonry: there’s secrecy, speculations, theories, and limited access to outsiders. Although proponents of the trade deal boast about the transparency of its negotiations, it is still not really accessible to anyone that isn’t directly involved. It also doesn’t help that the people that are involved contradict each other. While the then EU Trade Commissioner Karel de Gucht claimed in July that there will be an exemption for public services, UK Trade Minister Lord Livingston conceded a few months later that the inclusion of public services like Britain’s National Health Service was still very much a part of the talks. 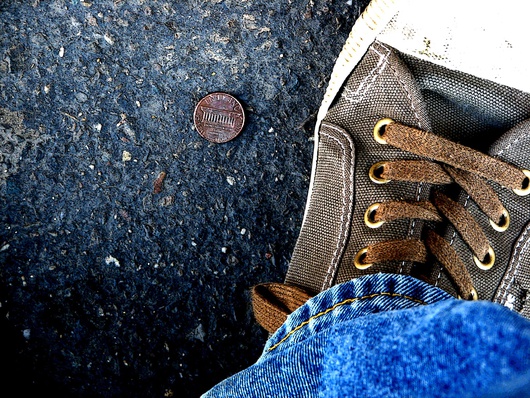 So, what can we say about the TTIP? The partnership is intended to restructure the existing EU-US trade relationship and should give an enormous boost to their economies. However, even in its most optimistic estimations, the EU’s GDP is expected to grow by just 0.5 per cent. American economist Dean Baker has therefore pointed out that rather than winning the jackpot, TTIP will have the effect of "finding a quarter on the street".

But the concerns about this trade agreement extend far beyond disappointing economic gains. Considering that conventional trade barriers between Europe and America are already low, for the deal to make sense it would have to bring down non-conventional barriers. This could mean a softening of regulations on fracking and health standards such as the EU’s strict policy on genetically modified food.

The treaty may also include the controversial investor-state dispute settlements (ISDS) clause that would allow corporations to sue states in special courts if policy harms their future profits. Why these international tribunals are necessary when companies can already challenge states in existing courts is a question that remains unanswered. In any case, the thought of companies influencing policy through ISDS is very unsettling. 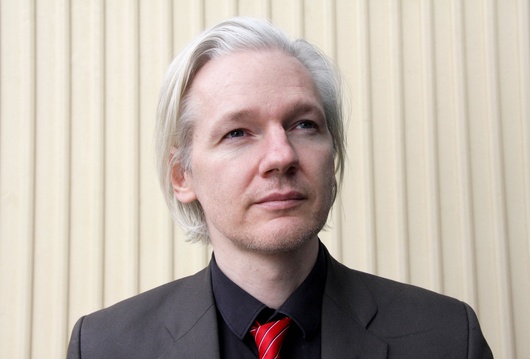 TTIP supporters are quick to point out that the negotiations are still in its early stages and any criticism at this point is ‘premature’. This may be true, but if there is really nothing to worry about, transparency should be your friend, not your enemy. The fact that the general public is deliberately shut out of the process is suspicious to say the least. In this respect, WikiLeaks founder Julian Assange has commented that the selective secrecy surrounding these trade negotiations "reveals a telling fear of public scrutiny".

British Labour MEP David Martin once noted that "law negotiated in secret is usually bad law". The TTIP treaty seems to be no exception. Claims about the economic growth it will bring appear to be overstated and the pro camp consistently cites best-case scenarios. They fail to mention American research, which predicts that the treaty could cost Europe 600,000 jobs with seven per cent of GDP shifting from labour to capital. Add to this the possible introduction of special courts, plus the opening up of public services to the private sector and the TTIP seems to be designed for the sole purpose of serving big business.

The word 'seems' is not unimportant in this debate as we should be careful to draw any definitive conclusions as long as we don’t have all the information. Unlike blind-sided supporters like the mayor of London, Boris Johnson, who dismissed any criticism of the TTIP as ‘left-wing mumbo-jumbo’, critics shouldn’t close their eyes to potential merits. Enhanced regulatory co-operation between the EU and the US, for one, sounds like a genuinely good idea. But for us to judge the treaty fairly we need transparency and, at long last, Trade Commissioner Malmström declared her willingness to declassify the negotiations this week. 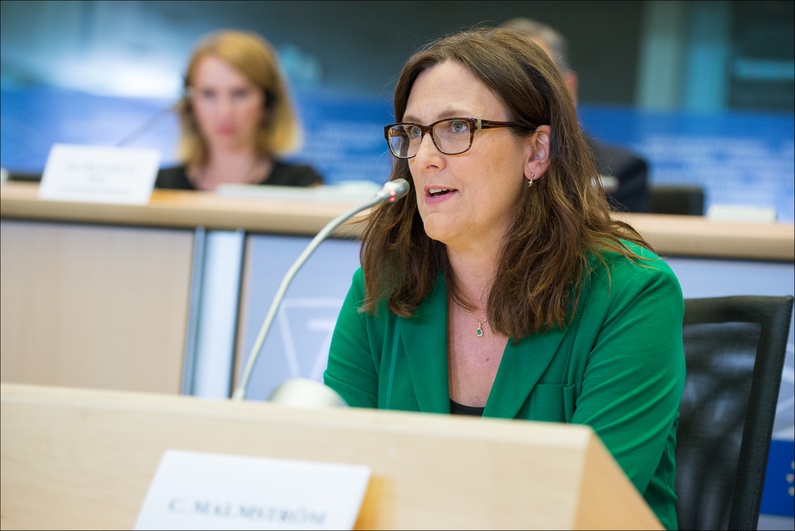 Still, any trade deal between the EU and the US would feel like a missed opportunity. If the EU truly wants to create long-term growth for its economy, then there are better and more responsible ways to realise this. Investing in a green economy, for example, will allow companies to expand their markets, create new jobs and transform existing ones, which would contribute far more to GDP growth than TTIP’s sunniest predictions. The same goes for improving women employment rates, which could render a GDP growth of 12 per cent. Conveniently, investing in the environment and equality would at the same time help Europe reach its own 2020 Strategy targets.

So far all the evidence indicates that the Trojan Horse that is TTIP should be thrown into the sea or burnt to the ground, the way the Trojans should have treated their present from the Greeks. At the very least, people should be granted the possibility to look inside the horse’s belly. More importantly, before we start accepting ‘gifts’ from foreign powers, we might want to look inside our own walls first because there is plenty to be gained there, in the field of gender equality and the environment, that would bring more responsible growth to the continent.