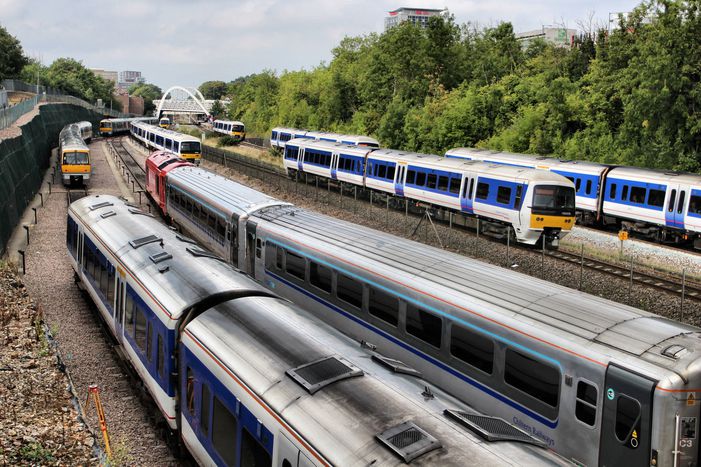 On the 1st of November 2015, in a small flat in a refugee living complex in Munich, I met with the Saadas, a refugee family who had been in Germany for over a year. During my interview with them, the Saadas shared their experience of fleeing Libya – their home of 24 years – and their experiences integrating into Germany, both positive and negative.

"My husband was fearful for our safety and said we must prepare to leave," she explains, "So we sold those things in our house we could sell, took the money, and left together. We started on a Friday and left a week later on Saturday. It was Ramadan."

Mr. Saada chuckles and sighs happily when he turns to a photograph of the family just after they arrived in Italy. People were waiting at the point where refugees were let off the boat offering to take them out of Italy to their destination country for 2,000 Euros.

Mrs. Saada continues: "We didn't have enough money and so we were told we must go with the train and get out when it stops. It stopped here, in Germany."

Prior to leaving Libya, the Saadas were told the boat they would be traveling on was very safe, that not many people would be on board, and that they could take life jackets. Instead, the Saadas were taken on a inflatable boat with 270 passengers – one made to carry a maximum of 200 people.

"People were running to get on," Mrs. Saada explains, "There was hardly any space on the boat for us to sit. People were sleeping. Many people were on top of each other. It was so cold and so difficult."

The family shares photos of their journey with me. The Saada family was on the boat for 12 hours. One male passenger stood the entire time because there was no place for him to sit. The Saada family took another vehicle, a Italian Navy Ship, to Italy. They went for 3 days on 2 boats having eaten only 1 meal, with nothing to drink.

One positive aspect of living in Germany is that the Saada family can practice their faith. Mrs. Saada, age 43, is a Muslim. She says, "When I go to the mosque here in Munich, I can pray, I can read Arabic and the Quran." She sees women wearing the hijab or a head scarf in the city.

As Hadeel, the oldest of the 2 daughters at 15, asserts, another positive is that she and her siblings are learning at school. She likes her teachers, unlike when she was in some of the schools in Libya.

Mr. and Mrs. Saada are also learning, the country's language that is. Mrs. Saada, an electrical engineer who must learn German up to the B2 level in order to find a job, is now taking a B1 level class. Mr. Saada is taking an A1 level class.

Mr. Saada, who has a Political Science certificate and a Pharmacy Business/Marketing certificate, worked in Libya as the general manager for a medicine distribution firm. He is hopeful he can return to his profession after learning German and having an "Ausbildung" – or training session – in Münich in pharmaceuticals.

Taking the good with the bad

The Saada family’s experience integrating into Germany has also involved some negative events. Until now, they have only had the first of two or three interviews with the authorities to know if they will be granted permanent residency or not.

"We have fear about what will happen with our family," says Mrs. Saada, "Will we go back to Palestine? Will we go back to Libya?" She wrote a letter to the secretary of the court recently explaining the length of time she and her family have been in Germany and asking what will happen to them. In response, she was told please don't send a letter – writing such a letter is forbidden – and to just wait because many refugees from Syria and Afghanistan have come.

Moreover, the family has no health insurance for medical services but would be treated in a hospital if it was an emergency. Mr. Saada had 2 wrist operations in Munich after a fall. Conversely, Hadeel who went to the dentist complaining of tooth pain was not treated because the dentist did not believe her.

Some bad experiences with people in Munich have also made their integration difficult. "Sometimes the people are not so nice. They speak hatred," says Mr. Saada.

Living in the refugee camp has generally been an ongoing difficult situation for the Saada family. Families, youth without elders, and many single men, who Mrs. Saada says often drink and cause problems, live in the camp.

"There are many problems." Mrs. Saada says, "It is so difficult living here because here there are different cultures. Police always come." She worries that her children, particularly her 9-year-old who likes to play with other children, will be influenced by the negative behaviors of some. The building has 5 kitchens for 300 refugees. Use of the kitchens is not allowed after 6pm. There is only one electrical outlet in the Saada's small flat.

Another negative aspect of their integration is having to accept money from the government. Mrs. Saada who worked for 20 years says, nearly in tears: "Refugees don't come here wanting to get money from social services. It is so difficult when my husband or I go to social services and say I would like money from you please." Mrs. Saada says she did very well in her profession in Libya and now she is at the same level as many of the other refugees living in the camp. Her voice weakens and she cries.