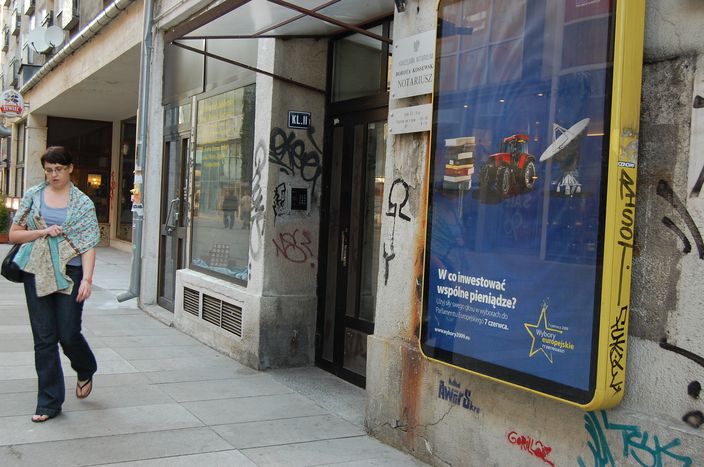 'The Tories are all show and will return to us straightaway'

Warsaw’s palace of culture and science, a megalomaniac structure which was gifted to the Poles by Stalin, provided the setting for the centre-right's family conference, with protectionism and a social market economy being the main ingredients on the June 2009 electoral programme. 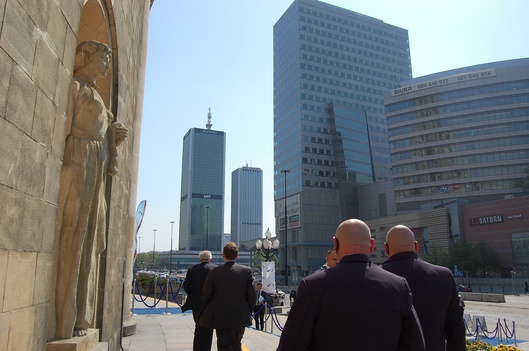 A blue sky and a burning sun stream down on the conference organised by the Spanish conservative MEP and EPP secretary general Antonio López Istúriz as the police show their force in the near vicinity. The workers of the Gdansk shipyards, whose former leader, Lech Walesa, will close this important pre-electoral event for the European conservative community, threaten to demonstrate outside the palace. The closure of the shipyards is pretty much considered as being as good as done.

In the meantime, the arrivals of the Polish prime minister Donald Tusk, his Italian counterpart Silvio Berlusconi and the president of the European commission Jose Manuel Durão Barroso are eagerly awaited. Barroso’s comments that 'the blame for the sinking of the shipyards’ workers lies with their country’s government,' suggest that his commission will not act to save the workers of the sector.

A party with extensive popular support and few difficulties

Tranquillity reigns throughout EPP rows, as they do not appear to be suffering from the effects of the crisis when considering the upcoming elections. National polls predict good results and that for the third consecutive occasion they will be the winning party, with Italy, France, Germany, Hungary and Poland considered in the bag. However, appearances can be deceiving: the previous day the Tories announced, through foreign minister William Hague in The Times, that they will separate from the EPP after the elections. This announcement would seem to precede the creation of a right wing party that would compete for votes with the EPP. However, Antonio López Istúriz  believes that 'it’s all show and they’ll return to us straightaway,' and that 'we’ll welcome them with open arms.' 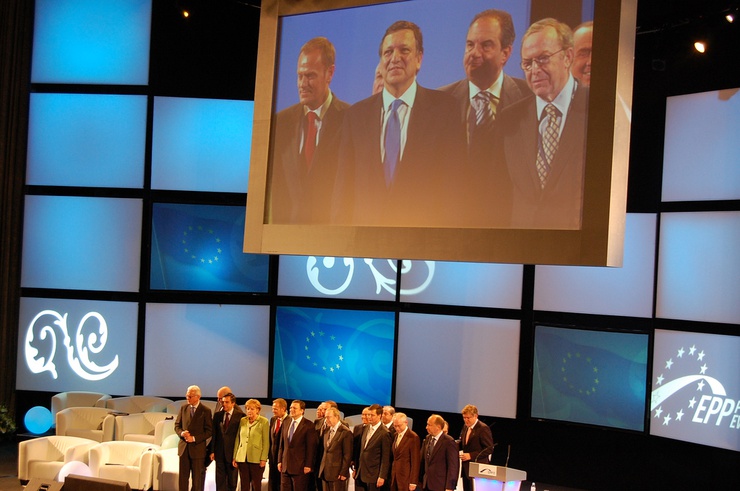 Keys of the conservative project for Europe

For these elections, the EPP are maintaining their traditional ideological lines in a Europe whose roots are still considered 'Judeo-Christian'. Without breaking from the past, they continue to take a favourable view on nuclear energy, leaving it up to each state as to whether they want to back it or not. In regards to a way out of the crisis, they insist that the answer lies in reducing taxes on businesses and citizens, therefore introducing 'European preference' when it comes to recruiting workers, which would also 'serve as a halt to the entrance of underground immigrants.'

Lastly, without directly quoting 'flexicurity' invented in the nineties by the Danish socialists, they suggest that 'workers of the future will have greater flexibility, both in the working day and week, as well as in the whole of their working life, alternating periods of work with periods dedicated to training, leisure, the family or social work.' The EPP’s aim is for Durão Barroso to remain in power for another five years, something which was only ever achieved by socialist Jacques Delors between 1985 and 1995.