The temptation of referenda

Would holding referenda on Turkey’s entry to the EU be “unjust”, as Turkish Prime Minister Erdogan put it? 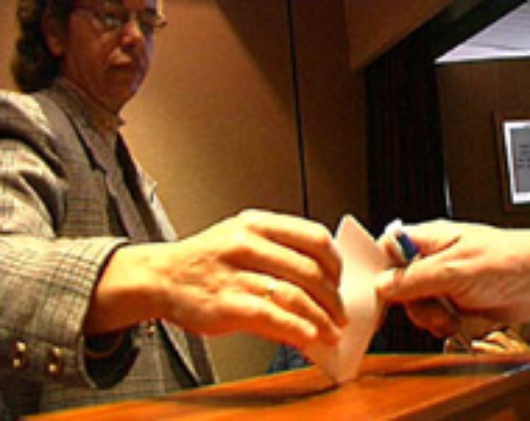 In September 2004, President Chirac, in an attempt to allay French fears about Turkey’s possible EU entry, promised a referendum on the subject. On October 6, the very day that the European Commission announced that it was in favour of beginning negotiations, the Turkish Prime Minister, Recep Tayyip Erdogan, called his promise “unjust”, revealing the bitterness of those who are beginning to see an elaborate hoax at the end of the long road to Brussels. However, as so often in politics, no decision can be entirely “just” or “unjust”. It depends on which way you choose to look at it.

A referendum on the membership of new countries to the Union is just because it sends an important message to the Union's citizens: they are being told 'now we need you to take crucial decisions on Europe's future'. The president of the Commission himself, Josè Barroso, has openly declared that he is in favour of such a referendum. In fact, it is no secret that, as remarkable as the process of European integration has been during the last 50 years, the electors have rarely been called upon to give their opinion. Taking brave decisions, such as calling referenda on issues of primary importance for the future of the Union (the European constitution and enlargement for a start), does not necessarily reflect a populist desire on the part of the political classes in power.

But a referendum of this sort can also be unjust, as Erdogan pointed out, if it introduces an extra hurdle for only certain countries. Erdogan asks for equal treatment, as received by the other 19 countries which have joined Europe during the last 30 years. He has perhaps forgotten that the latest wave of new members already had to accept a significant change to membership conditions, the so-called Copenhagen criteria', which made the membership process more laborious. Nevertheless, Erdogan is correct in saying that it is not right to put your trust in a judgement that might be based more on emotive than objective criteria, thus increasing the risk of a 'populist' vote. France proposes the introduction of referenda for all countries joining after 2010 (including, therefore, the remaining Balkan states) but the decision seems specially tailored for Turkey.

Chairman of the European People’s Party in the European Parliament, Hans-Gert Poettering, declared recently that "European politics is neither black nor white". This is very true. In the history of this young Union, 'grey' zones have been necessary to produce laborious compromises which have often been decisive in making the construction of a common European ‘home’ possible.

While the rights and wrongs in this case are intertwined, what emerges is the fragility of a European political class which seems to have lost its bearings. The pragmatism of many current heads of government, almost all of whom lack the long-term vision of the men who preceded them, is the real threat to the future of European integration. What the French decision reveals is the tragedy of a Europe which is blowing in the wind, which is prepared to let Turkey join but is still asking itself why it is doing so. It reveals a political class which is finding it difficult to hide the failure of integration, and which increasingly sees Europe as an arena where arrogant national demands take precedence over more noble common objectives.

Referenda, if used well and when calm comparison of the options is possible, are democracy’s greatest tools. But they are a handicap if they are called simply to make others take decisions that leaders don't have the courage to take alone. In France, everyone knows that a referendum will get Chirac out of a fix for two good reasons: it mitigates the risks of devastating internal disputes in his party over the Turkey issue and it avoids dangerous overlap - in the minds of the public - between ratification of the European constitution and Turkish membership of the Union.