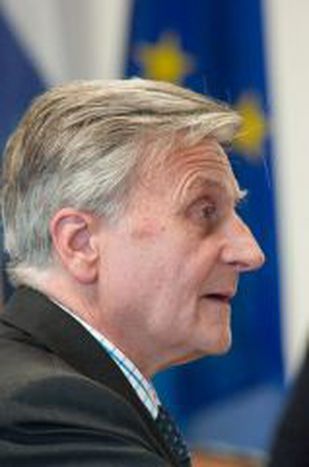 The Systemic Risk Board or The Financial Stability Board?

By Alice Préat translated by Madalina Mattei the European Systemic Risk Board (ESRB), presided by Jean-Claude Trichet (photo). However, a similar committee already exists at the international level: Being the final outcome of 10 years of reflexion, the ensures that the European financial market stays as stable as possible and detects any signs of a new crisis.

If a red flag pops out of any EU country, the board will deliver its recommendations and decide whether to notify the European Council of Ministers, according to the implemented measures.

In the beginning of this year, the European Union has endorsed the creation of a new financial surveillance committee:The Financial Stability Board.ESRB

In 2002 already, a resolution aimed at establishing a monitoring framework to assess the outburst of financial systemic risks. As opposed to non-systemic risks which encompasses external causes such as a war or natural disaster, a systemic risk threathens the stability of a large-scale financial zone such as Europe or even the world. On international level, however, there already is the Financial Stability Board (FSB), a body meant for «macro-prudential supervision ». Little known under its former name, the , this body has seen its popularity rise after the issue of the financial crisis. Following the publication of several reports which implied the lack of financial supervision and systemic risks, in November 2008 the Heads of States of G20 demanded a broadening of the mandate and of Forum membership.

In April 2009, the Forum becomes the Financial Stability Board (FSB), composed of members from all around the world and being provided a stronger legitimacy.

The EU explains that «». The ESRB is therefore meant to closely cooperate with the FSB and with other international financial control bodies. In that respect, the European Union is hoping, thereby, to ensure a global control.

Nevertheless, many critics agree that the last thing that the Union needed was the creation of a new committee, with its protocols, administrative constraints and huge memberships. According to , economist and member of the Monetary Policy Committee of the Central Bank of Island, the European Union is making a big mistake creating the ESRB. Comprising no less than 61 bankers and bureaucrats, the ESRB « ». In her opinion, a smaller committee «» would have been ideal. With a maximum of five people, difficult decision making would be prevented. Anne Sibert also insists on the issue of the lack of independence: «».

Anne Sibert is too big, too homogenous, and lacks of independence. Moreover, its members have already more than enough to do! with a macro-economist, a micro-economist, a financial engineer, an accountant-researcher and a practitioner a bureaucrat might probably refrain himself to express original ideas, only to preserve his career

At a time when we must agree with an economist who thinks of herself psychologist, we are concerned for the European Union, which invents once more a body that will most likely need months to finally be capable of relevant decision-making.