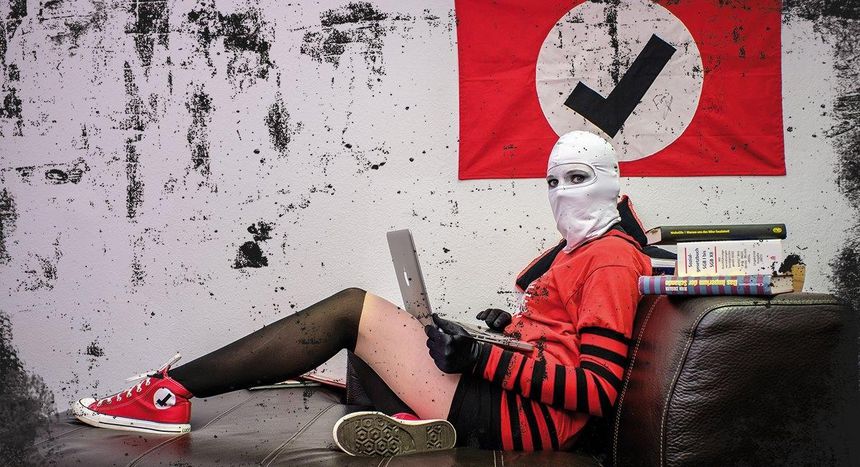 The Syntax Hooligans: Using red pens against the far-right

On the Internet, racist comments abound. So much so that Germany has launched a public discussion to find solutions. Perhaps they can follow the example of the collective "The Syntax Hooligans", which has been correcting the typos of online trolls for the past two years.

Red. My French compositions were covered in it. Margins full of red letters - "G" for incorrect grammar, “S”for incorrect spelling – and red wavy lines drawn underneath if my expression "did not make sense." Thankfully, those days are over, even if my French hasn’t improved. However, some individuals still need to be corrected, even when they are no longer in school: this is where the so-called “HoGeSatzbau” - the Syntax Hooligans - come in.

The group consists of three members who take hate comments from the internet and improve the spelling. Instead of red pens, the Syntax Hooligans correct errors using square brackets and full stops. But the concept is the same: there are spelling, grammar and syntax errors that are in need of correction. 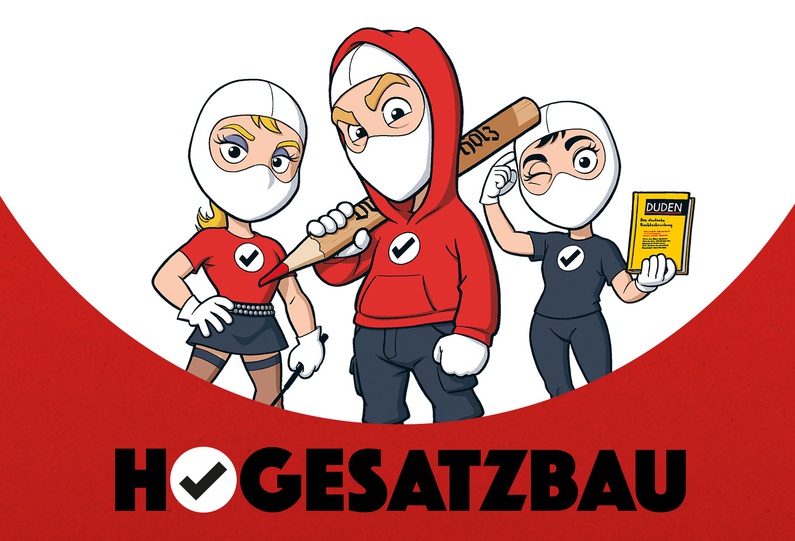 They may seem like know-it-alls at first: picking out small grammar and spelling mistakes instead of criticising the content.

But concentrating solely on the form is not their goal, explains Kiki Klugscheißerhool: "We want these errors to be seen. Lots of people just simply skip over these comments. We want to flag them up with our corrections and say: 'Look! React!'"

And the community is reacting: followers of the HoGeSatzbau Facebook page post well over 100 comments a day. HoGeSatzbau makes the original comments visible again by posting the corrected versions online. Their followers thoroughly engage with the content they post. "The knowledge one needs to react to these comments is already there," says Kiki.

At work she often finds herself laughing heartily at the comments. One of the aims of the initiative is to critique the authors using humour. But Kiki points out: "We are not making fun of the fact that a person cannot write." HoGeSatzbau wants to show how the authors of the comments "want to promote total Germanness," but cannot themselves master the German language. And when she is faced with remarks from Frauke Petry (head of the far-right AfD party) or Lutz Bachmann (founder of the PEGIDA movement), "then I’m just annoyed, because I cannot compete with the influence these two individuals have in Germany."

"We wouldn’t be needed if Facebook dealt with the problem"

In September, the three members of the initiative were presented with the Smart Hero Award for their activism. It was awarded by Facebook and the Digital Opportunities Foundation, which sponsored by the Federal Ministry of Economics and the  Federal Ministry of Family Affairs.

But the Syntax Hooligans wouldn’t be themselves if they didn’t highlight errors and make corrections at the event too. They thanked the audience for their support, but at the same time ridiculed the presenters of the award. "We wouldn’t be needed if you dealt with the problem in the first place," said the three masked winners upon receiving their award, adding: "we are tired of reporting hateful comments and getting the response that they do not violate your community standards while we, your users, fight daily against misanthropy."

The initiative has been around for two years now. They were founded in response to the HoGeSa movement in Cologne – a racist group of thugs who named themselves the "hooligans against Salafists" [an ultra-conservative Islamic reform movement, Ed.]  “After that, a lot of people felt that they could widely expand their freedom of expression," says Kiki, who adds that the problem is also widespread on Italian and English webpages. "And it is certainly also the case in other countries, she adds. "I just don’t speak other languages."

In Germany a huge discussion is taking place in the media and in other parts of society on how hate comments on the internet should be dealt with. In summer this year the justice system stepped in for the first time: on 13 July the police carried out raids in the homes of hate commenters across 14 federal states. With this they made it known that the breadth and anonymity of the internet is not infinite. The first step has been taken, but policies "must be properly put in place," says Kiki. Until then, the Syntax Hooligans will continue to fight the grammatically correct fight.