The ''syndrom of Sevres'' and the ''Conqueror's syndrom'' still alive in modern Turkey?

From the 8th to the 12th of October, I had the unique chance to participate in the Babel Ackademy, the magazine's biannual meetup with members of the network, including local team members, journalists and the magazine's core staff. This year's Ackademy was held in the beautiful city of Istanbul, Turkey.

During the days of the Ackademy I had the opportunity to see different aspects of the city and I realized that there is something strange about Turkey's policy over the pre-Turkish history of the city. .This is found in Anthropology, and reflects the psychosynthesis of a group of people or individuals who conquer/take something (kingdom, throne etc) which originally was not their. This happened e.g. during the reign of the First Chinese Emperor Qin (pronounced Chin) Shi Huang, who destroyed every historical record before his reign and the works of Comfucius. Of course thousands of examples can be traced in world history.

This is what I would dare to call ''the conqueror's syndrom''A typical demonstration of this ''syndrom'' is the effort made by the new leadership to erase any reference of what existed before their reign.

Coming back to Istanbul a series of some events during my sightseeing tour really made me write some thoughts about it:

1. The city of so many names. Modern-day Istanbul was adopted by the Turkish Government in 1930 in order to replace the former name of Constantinople, which was used by the ''Byzantine'' and the Ottoman Empires ( قسطنطينيه Kostantiniyye, in Ottoman Turkish)  for exaclty 1.600 years  (from 330 AD). The reasons may be hidden in Ataturk's ambition to make a sharp contrast between the imperial past of the city and the new Turkish Republic which he established.

Ok, this is pretty much history you will say. But why when I was reffering to ''Constantinople'' almost all the Turks I ve met were looking angry at me? What is the problem with that since in Greek we didnt change the name of the city?

2. Archaeological Museum. Most of the antiquities are described as ''Roman'' despite the fact that I could read the Greek letters on them! Also, every reference to Ancient Greek culture is replaced by terms such as ''Athenian culture'' (!) like if only Athens colonized Asia Minor. Furthermore, in a statue which was found in Thessaloniki (Selanik in Turkish) the description was the following : ''Found in Selanik, Attica'' (!!!!) Since when Thessaloniki is in Attica which is the province surrounding Athens and is almost 500 km away from Thessaloniki?

And imagine that this Museum was given an Award by the Council of Europe!!!!!!!!

3. Visit in the Hagia Sophia. We enter in the Church/mosque/museum of Hagia Sophia and we read that this is a monument between Christianity and Islam. No sweetie, it was not! It was a cathedral which was converted to a mosque. It was designed to serve Christian faith originally so no bridges between religions at all. Of course today we can see the interactions of both traditions which are respectful but this is ages away of telling that this was the initial purpose of the building.

Furthermore, its current condition comparing to the Ottoman monuments is dramatic. 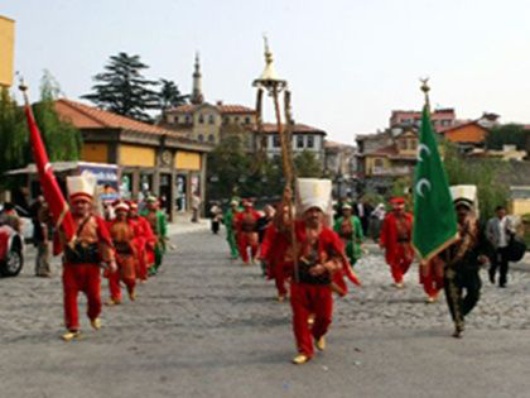 Continuing the tour, I follow some Americans guided by a Turkish tourist guide who tells them that ''the temple was finished in only 5 years. We didnt destroy the frescos and the mosaics, they simply didnt manage to finish them'' (!!!) OK, so they built the temple in 5 years in 537 AD and until 1453 when the Turks captured Constantinople, they didnt manage to finish the frescos !!! OK 1.000 years were not enough???

Last year, in 29 May 2009, the day where the Fall of Constantinople is celebrated in Turkey, a famous journalist ENGİN ARDIÇ wrote in SABAH newspaper

"Turkish compatriots, stop making fanfare and celebrations for the Fall, we have given enough violence in Anatolia with our actions ... IF Greeks were organizing in Athens conference "will take back Istanbul ..." Then why do you this every year? 556 years passed and you celebrate like it was yesterday. Why every year at this time, these celebrations do proclaims to the world that "these lands were not ours, we came afterwards and  we conquered them with violence? " 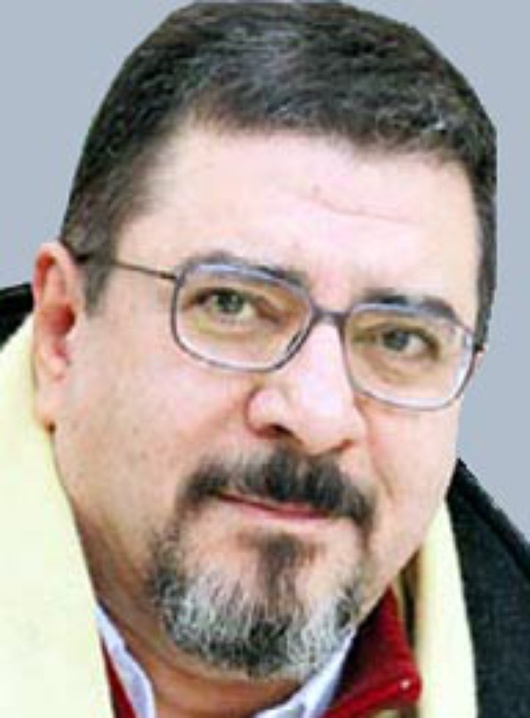 Why do we evoke a case which happened 6 centuries before? Is in your subconscious, afear that the city someday will be given back?

Do not worry, over 9 million Greeks can not get the city of 12 million and, if they could they wouldnt be able to inhabit the city. Tell us what if we get accused that we pillaged the town three days and three nights continuously? What would we reply? We will defend ourselves to the European Court of Human Rights or leave it to historians? Instead of being proud of the cities we conquered, we should be proud of those we ve established, if any ... But no. All the Anatolia region was conquered by force ... even the name of Anatolia is not what you think (ana = mother, dolu = full), but is was derived from the Greek word the East. Even the name of Istanbul is not like Ebliya Celebi  suggests «where Islam predominates, but is derived from "into the city''. Okay, well, we made a permanent installation, and finally the nomadic life ended and that is why people buy a dozen of apartments. Nobody can move us anymore, calm down ...''

I dont know why they have this attitude towards the pro-Ottoman period of Istanbul's history. Probably its the ''Syndrom of Sevres'' which is still dominant among the Turkish elite. This syndrom follows the fear of the Turks that they are surrounded by enemies (Greece, Armenia, Syria, Bulgaria, Russia) who plot against their national sovereignty and who want to destroy Turkey as during the 1919 Treaty of Sevres.

However, its been almost 90 years since that! Nobody wants to take Istanbul or destroy Turkey, which now becomes the most powerful state in the region. Thankfully Ahmet Davutoglu's doctrine on foreing policy wants zero problems with neighbors which makes a sharp contrast with the bullying Turkey of the last 50 years.

What's my point? There is no need to act like you ve recently captured Istanbul. The city belongs to Turkey now and your need is to move towards Europe leaving behind the past. Turkey will not be harmed by telling that we used to live together for more than 400 years, nor by admitting that Greek civilization was dominant in Anatolia before their coming on 10th century. Restore the ruined churches and the historic buildings and show the world a Turkey which will be proud of its name.

Photos from newstime.gr and Sabah