The Magna Carta is central to the European election campaign. Political leaders are examining the shortfalls of a constitutional document that is failing to win anyone over. Tucidides must be turning in his grave… 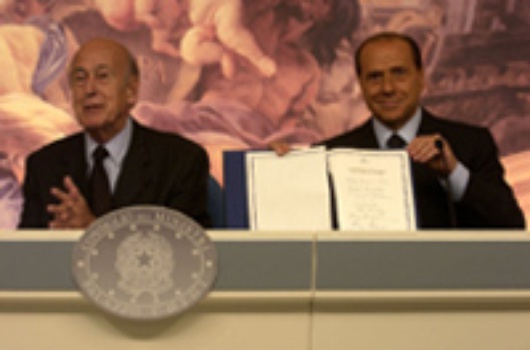 The European Constitution will be the decisive issue in the upcoming elections for the European Parliament on 10th June. This one controversial document is where the main discrepancies of opinion between the various political parties all converge.

A constitution project of this magnitude, if fully exploited during the election campaign, could potentially draw bigger crowds than even national elections. But if we are to have a decent European campaign, first Europe needs some decent political parties.

Key points of the Constitution

If the Constitution were a type of cheese, it would be Europe’s own Emmental because of the number of holes in it: there are defects for all tastes here. The Constitution is guilty of excluding those national identities that go to make up our current, archaic States, and of an American-style military model: ‘the member states commit themselves to the progressive reinforcement of their military capacity’ (article I.40.3). As a Constitution, it is centralising, neither federal nor confederal, and, for the amount of power it grants the States, it is worthy of sixteenth-century Europe.

It is devoid of any real Social Rights Charter despite the fight put up by Europe’s trade unions. It should not be forgotten that the Charter of Fundamental Rights was approved and used in Nice as a carrot and stick to lure in the unsuspecting citizen. Notwithstanding the substitution of the ‘right to a job’ law, which is found in many national constitutions, with the European ‘right to work’ and the absence of abortion rights have not gone unnoticed.

The Constitution, full of poorly concealed contradictions, insults our intelligence by claiming ‘a highly-competitive social market economy’, and is the product of that chaotic assembly in which 105 members are supposed to come to unanimous agreement over everything.

It is undemocratic enough to make Tucidides cry, referred to in Giscard et al’s introduction as: our Constitution… we call it democracy because power is not in the hands of the few but with the majority.

The Constitution as an electoral weapon

The Constitution is coming into the world alone, without a nation. The attitudes of the various political parties bear this out: the Magna Carta just isn’t winning anyone over. ECOSY’s vice-president Ief Janssens is blunt and to the point: ‘we want a constitution, not another international treaty’. The young socialist maintains that if the text being discussed at the IGC (Intergovernmental Conference) is to be the future Constitution of the European Union and not just another international treaty, then they shouldn’t call it a ‘Treaty establishing a Constitution’ but just a ‘Constitution’.

ECOSY is demanding that improvements in the Constitution project be made. The Socialists believe that growth and employment should be among the Central European Bank’s objectives. This is why Ief Janssens is calling for the introduction of some guiding principles for the European Union’s public services: ‘universality, equality of access, quality, fair prices, public control’.

The Liberal and Radical Youth Movement of the European Union (LYMEC) - the European Liberal Democrats Party or ELDR’s youth organisation - praises the Convention’s work and considers it ‘a solid base for a constitutional treaty’. Aloys Rigaut, treasurer of the LYMEC, invites the states to adopt the Constitution project. But he does warn: ‘the citizens mustn’t be lied to, the project under consideration is only a constitutional treaty, it’s not yet an authentic constitution’. Young liberals support the creation of a European federation and a clear division of power within Europe.

For the European Greens (FYEG), ‘the part of the project that defines Union policy is unacceptable’. In their opinion, the texts go against the Union’s objectives as laid out by the Convention and threaten to undermine the Union’s ability to carry out policies of fair and sustainable development. Jacoppo Moccia, from Belgium’s Young Ecologists, says there are three points of the Constitution project that the Greens do support: the extension of joint decision making (for example in the agricultural sector); the introduction of the concept of a European Civil Peace Corps to work on preventing conflicts; and the member states’ right of withdrawal from the Euratom Treaty (European Atomic Energy Community), without its affecting their membership of the EU.

For its part, the Youth of the European People’s Party (YEPP) think that the sooner the Intergovernmental Conference adopts the Constitution the better. Arnt Kennis, YEPP’s vice-president, states that the group wants a Constitution for ‘a federal Europe, with subsidiariness as its guiding principle’. The most significant successes of the Constitution are, in his opinion, more power for Parliament by way of the co-decision policy, the extension of the voting system by a qualified majority, the inclusion of the Charter of Fundamental Rights and the creation of a president of the Council and a foreign affairs minister.