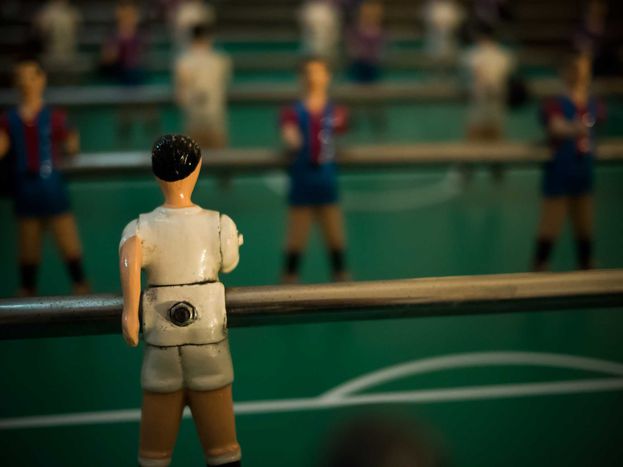 The Spanish Government's Goals in the 2014 World Cup

During the 2010 World Cup, the Cortes de España passed unpopular laws which were eclipsed by the Spanish national football team’s good performance. In 2014, in an optimistic bid to repeat their sporting success, the team’s swift and unexpected elimination forced the government to act rapidly in several areas. 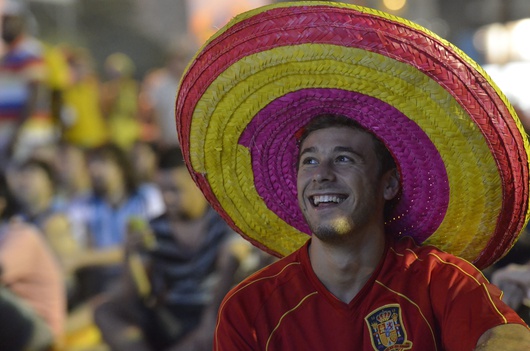 The Spanish national football team started the 2010 World Cup, held in South Africa, with a loss to Switzerland. The reform of labour laws by executive order was passed on the same day, an open door to low-cost dismissals and a series of concessions and benefits to the business sector, which was eclipsed by the good performance of the players who eventually took home the championship. Four years later and the football event returned. While almost all of the country was looking the other way, the politicians seized the opportunity to return to their old ways. “They’re well aware of it. A society like ours – which is centred so much on football – loses the little interest it ever has for such things in the news,” Eduardo Garzón told me on the phone; he’s a member of the Scientific Council for ATTAC España, an international organisation which promotes political reflection on economic issues. “It’s backfired on them, though," he added. The national side’s stay in the tournament has been short and made to be forgotten, but certain measures which had been debated over the last few years were announced, coinciding with the match schedule.

Privatisation of AENA and tax reform

Spain opened up their tournament on 13 June with a loss to Holland, and the Minister of Public Works and Transport announced the privatisation of 49% of AENA, the public business entity in charge of civil air navigation and airports in Spain. Eduardo highlights the important estimated takings for public funds, but points out that at the same time it’s an enterprise which can also contribute significant profits in the long run. “It involves handing over public services to private interests that don’t represent those of the population,” he explained. They also gave the green light to the liberalisation of the railway network, another public service. The press release claimed that this was to introduce more competition to the sector. Despite a certain amount of reaction on social networks, the country was only debating how they could have avoided the five goals which the Dutch players piled on the Spanish. 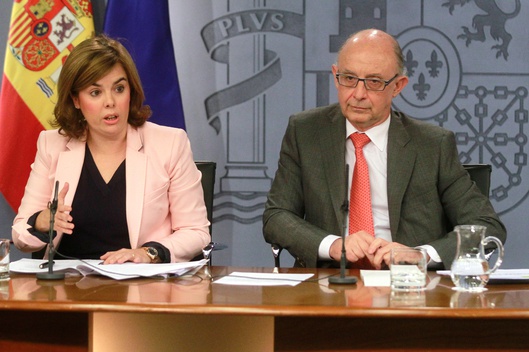 However, the stand-out part of this release came in the form of a tax reform. “They’ve been drawing up the draft bill since the end of 2013 and have seized the opportunity to bring it to light now.” Eduardo Garzón was referring to the announcement of the controversial draft bill passed on 20 June. “It’s obvious that it was planned to coincide with the World Cup. They could have announced it whenever, because most of their measures only come into effect in 2015,” he said. How does this reform affect the population? “It’s a generalised reduction of Personal Income Tax (PIT), an amount which doesn’t even affect half of the population. But the government claims that the majority will be benefitted financially by it.” In Eduardo’s opinion, it’s been sold as a tax reduction, but which actually affects a small percentage of the population. “They’re not only going to collect less tax than they’ve announced, but the taxpayer himself is [only] going to save an average of €173 a year. In economic terms, it’d be very naïve to think that that is going to bring about an increase in consumption.” The more critical press believes that there are very unpopular practices hidden in the small print, such as tax deduction being reduced to 50% on net rental income for young people’s flats, redundant workers having to pay tax on redundancy pay, and tax being reduced on the highest incomes. “It remains to be seen what will happen. The European Commission has criticised it, because it doesn’t think that it’s time to reduce taxes when they’re trying to reduce the budget deficit.” There is every indication that it is an electioneering measure. “There’s no doubt about it: They clearly need to project a positive image for next year’s elections and recover all of the lost votes following the blow taken by the two-party system in the European elections.” Garzón was alluding to the most traditional parties’ loss of seats on 25 May this year, whereby the electorate was giving its vote of confidence to other parties with less parliamentary representation. 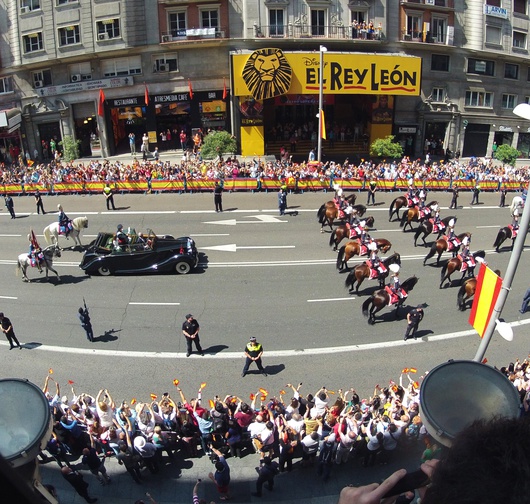 After such an irruption in the Spanish political scene, ex-monarch Juan Carlos I’s decision to abdicate in favour of his son, Felipe, was interpreted as a desperate measure to distract attention. The succession ceremony was scheduled for the day after the Spanish team’s second match. With monarchical and conservative overtones, the Mayor of Madrid called for the balconies to be covered in red-and-yellow flags, taking for granted that they would already be there for the World Cup. However, Spain had lost 2-0 against Chile the night before, were eliminated from the competition and there were few flags on show. Eduardo doesn’t doubt the government’s opportunism: “This entire battery of measures was expected. It’s something that’s been happening for a while and in other countries as well.” Nevertheless, he seemed surprised: “I can’t find any articles which discuss how the measures were announced by taking advantage of the football, just some about Germany and the increase of the ban on fracking.” It’s difficult to prove which governments reaped the most rewards from their national team’s performance at the tournament. What is clear is that it’s the 'done thing' in almost every nation. Victory was eventually claimed by the Germans. What will they have passed over there?