The "Soft Revolution" of young feminists in Italy

Founded as a collective blog by three women in their early twenties, the web magazine Soft Revolution entered the debate on Italian feminism in an unusual manner: by representing the voice of those young women who are not satisfied with the stereotypical viewpoints put forward by women's magazines.

In January 2011 a website with a revolutionary attitude – both in terms of its name and its actions – emerged from the vast universe of the Italian web. Soft Revolution, an online magazine for “ragazze che dovrebbero darsi una calmata” (girls who should behave themselves), continues to grow and draw fresh attention.

Its regular columns deal above all with feminism and pop culture. The three names behind the project – Margherita Ferrari (1987), Valeria Righele (1988) and Marta Corato (1990) – are a group of twenty-somethings that together constitute the "trinity" of the foundation.

Created as a collective blog, it aims to become a more structured publishing platform with a very precise objective: to speak openly about feminist subjects and to bring the faces of young women into focus.

Today Soft Revolution encourages the debate on gender equality in Italy in a unique way: it is the only publication to represent the voice of young women who are not satisfied with the stereotypical image put forward by women's magazines. It involves young, promising female authors, and has built a strong online community across social networks.

Valeria and Marta have been in charge of the magazine for the last five years (Margherita decided to quit the administration side of things, while continuing as a collaborator). The project, which lacks a specific geographic head office, brings together about thirty contributing Italian authors and illustrators.

I ask them to explain, in their own words, how the project was born: "I come from a provincial city," explains Valeria, "In our case, romantic anecdotes such as ‘we would always meet at the same bar’ or ‘we were together since the beginning’ are not valid.

"Margherita was a lifelong blogger, and a sort of celebrity in our region thanks to a book she had published: Guide pratiche per adolescenti introversi [A Practical Guide for Introvert Adolescents (Einaudi 2005). Ed.]. That's why she originally crossed paths with Marta. Marta had read the book and shared Margherita's unfavourable and ironic view of the world." It was the same reason that the book caught the attention of many other adolescent girls towards the end of the noughties. 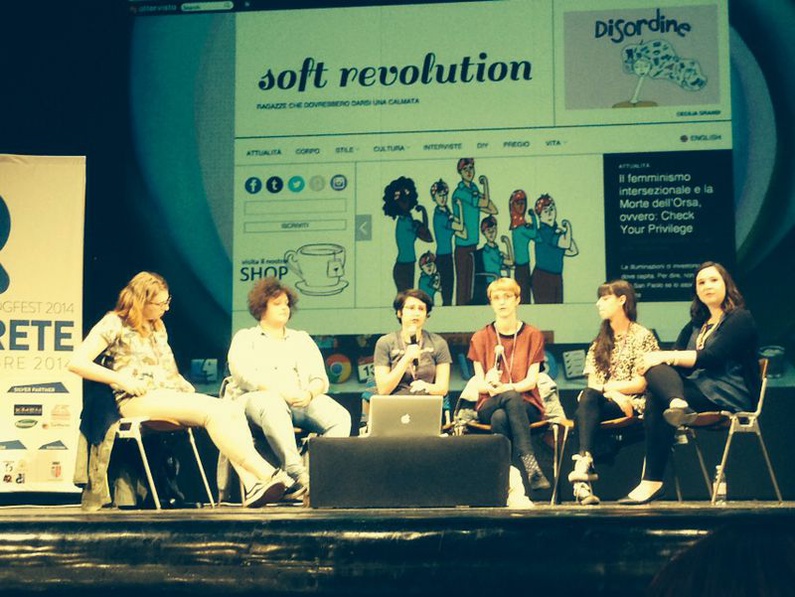 "In 2010 we were at university, and we felt the pressure to be part of a clever environment of news and cultural critique that engaged young women, had an ironic view and could be easily read, similar to American magazines such as Bitch Media or the now defunct Sassy. We were looking for something like that in Italy, and not finding it, we decided to create it ourselves."

The road that led them to create their own platform – not only characterised by the subjects they covered, but also by a healthy dose of activism – was not all rosy. Not straight away, at least.

"We know that it continues to be difficult to speak about these matters in Italy. Just putting the word activist on our CVs is an issue. When you describe yourself as an activist, your path becomes fraught with difficulties. After the article Being Fat in Summer had a readership boom on social networks, we asked ourselves whether we were in a position to speak more freely about the body and self-acceptance. More so than we were before? Definitely. But there are a thousand other complicated things we need to talk about first."

Marta goes on: "For me, the greatest challenge that remains is to break through the internalised misogyny of many Italians, including myself (how many people do you know still call girls 'bitches'?) and not be demoralised by those who say that about others behind their backs."

A matter of role models

The magazine format is made recognisable not only because of their recommendations for records, books, and events that enrich the debate on feminism, but also because of their so-called Moments of Appreciation: articles that present role models and talk about their value.

"Often, taking these lives as an example is more effective than any rhetoric of communication, that is why it is important to look to the past and learn from those who have preceded us in this fight. The thought ‘if she did it, so can I’ is always valuable," concludes Marta.

Another trademark of Soft Revolution are first-person stories about discrimination or fighting back against it. Marta and Valeria are very proud of this section: "We were well aware that it was one of the first problems we had to solve: the narration of authentic experiences. These help promote a feminist viewpoint since they bring to light the kind of difficulties that the reader might have experienced as well. If feminism is a matter of equality and inclusion (as we believe), it is also necessary to make people feel less lonely and more important."

"Something that's always caused me to suffer is the quest to become a perfect feminist, one that is never misunderstood," adds Marta, "Showing how we live feminism in our daily lives, in my opinion, helps us to be closer and to feel that we are a legitimate part of the movement, instead of second-rate feminists." 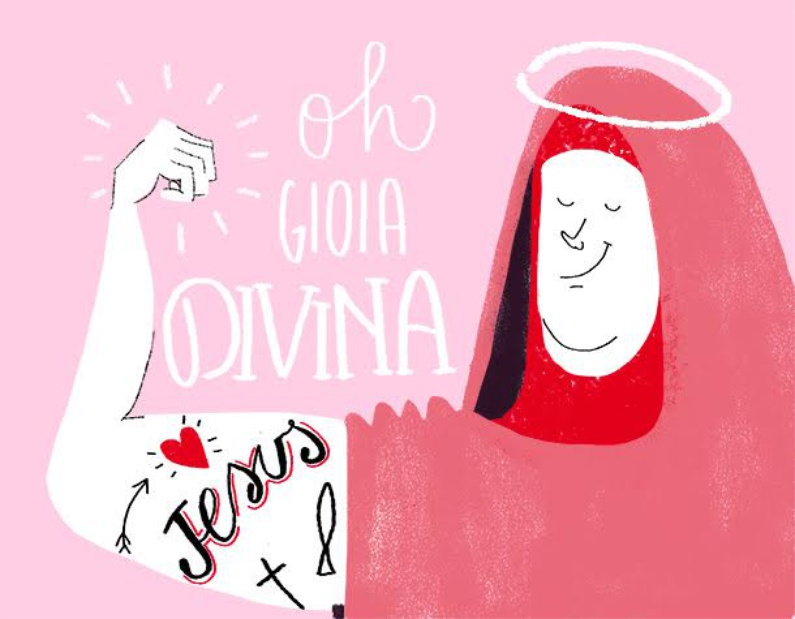 It was not a random decision to chose to build a website around the voluntary participation of solely female authors, aged between 15 and 30. "As we said before, it is a matter of role models. They don't only exist on a pedestal; we are also role models for one another. When we created Soft Revolution we wanted to address adolescent girls – those girls who unfortunately are used to being ignored by the media – and tell them: 'We are here, listening to you, but above all, respecting you.' I believe that being an adolescent girl or a young woman without a voice is an experience shared by most women. We are impotent within the general framework of things because we are considered incapable. For that reason, we chose to have a young and female editorial team to fight this."

So what is the future of the Soft Revolution? "We don't know. For us, it's a big commitment to administrate the site and we hope to be able to do so for a long time to come, but long-term plans are not our thing."

Mind the gap presents #Sheroes, a series of portraits about young Europeans who advocate gender equality and campaign against discrimination.