The Schengen Agreement and the new member states

On May 1 2004, ten Central and Eastern European countries joined the European Union. This expansion marked the reunion of two parts of the same continent but also unleashed numerous fears 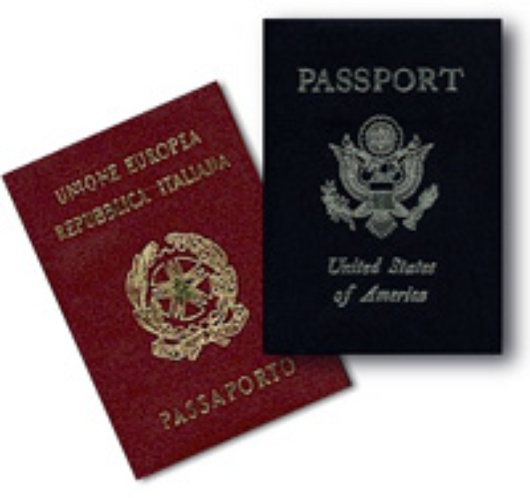 Following the enlargement of the EU, the creation of a new external border further east on the European continent has been perceived both as a new Iron Curtain by the new member states and as a threat by the existing member states. For the latter, this new and unstable border only reinforces their fears relating to the risks associated with immigration: destabilisation of a job market which is already in crisis, a rise in crime and in the number of illegal workers. As a direct consequence of these worries, the new member states must strictly adhere to the criteria laid out in the 1985 Schengen Agreement, which became part of Community Law when it was added to the Treaty of Amsterdam in 1997 While the Agreement establishes freedom of movement between the signatory countries and in fact abolishes controls on interior borders, it also requires the control of external borders to be reinforced, in order to protect the security of all European citizens.

However, it is now clear that a massive wave of immigrants will not be unleashed on the new member states, largely because one already took place in the 1990s. With the collapse of the Soviet regime, the continent’s political borders were changed, leading to hundreds of diasporas. Forty million Russian speakers suddenly found themselves outside their countries, leading to significant migration within the interior of the former Soviet Union. The economic crises in Ukraine and Moldova caused a mass exodus of young people and qualified workers. The fact that borders were made easier to cross with the conclusion of agreements on freedom of movement within the countries of Central and Eastern Europe meant a weekly flow of immigrants from East to West began. During the last fifteen years, 3.7 million people in total have followed this route. Despite this, the European Commission estimates that immigration from Central Europe towards the fifteen original member states represents only 150,000 people, which corresponds to only 12% of the official annual immigration towards the EU. What is more, this immigration is concentrated in Germany and Austria and corresponds only to a very slight increase in the active population, roughly 2% in Austria, 1% in Germany and barely 0.1% in France.

Enforcing the Schengen Agreement is no simple matter

It is in this context of mistrust that the new member states are now in charge of monitoring the new external border of the EU which stretches over 5,000 kilometres from Kaliningrad to Croatia, passing through Belarus, Ukraine and Serbia-Montenegro. Despite the significant amount of money which has been invested into training staff and securing frontier posts, the latter are more often than not dilapidated and there is a severe lack of funds available for implementing the new Schengen Information System (SIS II) which enforces the exchange of biometric information on individuals. It has proved to be particularly painful for the Central and Eastern European countries that the Schengen Agreement requires new member states to demand visas from those citizens who live in neighbouring countries which are outside the EU. This means that vital socio-economic ties rising from the movement of populations in the border regions have been cut. Today more than 7 million Ukrainians make a living thanks to the jobs they have found in Poland. Imposing a strict visa system would be disastrous both for them and for the economy of their country.

Another example of these difficulties comes from the very nature of Europe, which is composed of many multiethnic states. The borders between Hungary and Romania on one side and Slovakia on the other side have always been a relative concept for the significant Magyar diaspora (of Hungarian origin) which has settled in both countries. In 2002 there were 1,430,000 Hungarian nationals living in Romania and 521,807 in Slovakia. In this situation, it seemed difficult to split up entire families by making the borders completely watertight. To this end, some terms have been agreed and the bilateral agreements of freedom of migration have been kept. The enforcement of the Schengen system has had to be more flexible between Poland and Ukraine after the signature in February 2003 of an agreement which allows Ukrainians to be given free visas by the Polish authorities. The consequence of these arrangements and of the lack of technical equipment at the frontier posts is that new member states of the EU will not completely adopt the Schengen system until 2007 at the earliest. The national borders prior to the expansion of Europe will be maintained and the citizens of these countries will not benefit from freedom of movement towards the 15 existing member states until 2010.

The European politics of the external borders

Although the poor preparation for the expansion of Schengen to the East by the European Union can be criticised, it should be acknowledged, however, that this expansion has permitted the emergence of a common political practice as far as controlling the borders is concerned. While the original member states have for a long time refused to ‘Europeanise’ this system, on May 1 2005, a European agency for the management of external borders will be established, with its headquarters in Poland. It will have15 million euros at its disposal in the first year for purchasing technical material and its main aims will be to coordinate operational collaboration between the member states as regards controlling and watching the external borders and to provide Europe-wide training of national border guards and to assist them in difficult situations. The establishment of this agency constitutes an undeniable step towards the creation of a veritable European body of border guards. We owe this to the expansion of the European Union.