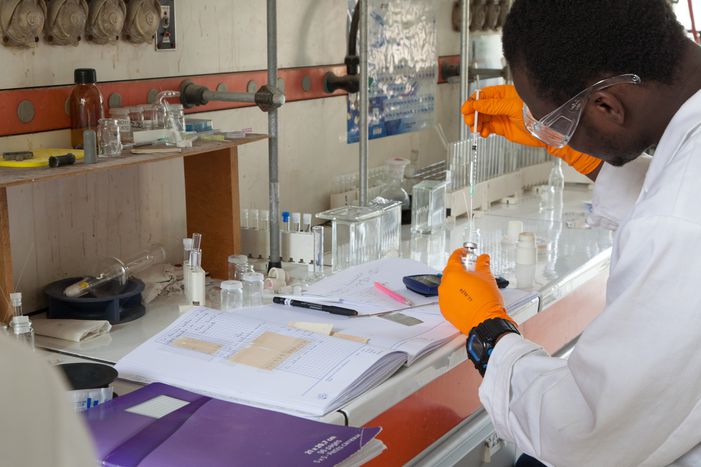 The saga continues to legislate on endocrine disruptors

A sneak peak into the latest Brussels episode on what may just be disrupting us.

Last June 1st, the European Commission’s Directorate General for Health and Food Safety convened with some 300 stakeholders (ranging from Members of the European Parliament to consultants) to discuss the Commission’s progress in defining EU criteria for identification of Endocrine Disrupting Chemicals (EDCs).

Following the Commission’s public consultation launched in September 2014 on the potential impacts of the proposed policy options and criteria for identification, EU policy-makers acknowledged the need to take stock of the progress achieved in its impact assessment and inform on the next steps to be taken.

The high-level policy conference had been long awaited by many European and international environmental and health NGOs in Brussels. In total, the Commission counted 27.087 contributions to the consultation, 93% of which came from two NGO campaigns. The different sessions had been carefully planned and the stated goal was to provide room for actual debate. But the outcome of the conference (see recorded conference and presentations) left many flabbergasted. Official messages were hammered once again, with little new information to be taken home.

Commissioner for Health and Food Safety Vytenis Andriukaitis attempted to comfort all by insisting that the Commission was not working behind closed doors but rather doing everything to be transparent, notably by involving all Commission services to reach a “collegial decision”. Andriukaitis warned against falling into conspiracy theories and against being “prisoners of our emotions”. “My decision on endocrine disruptors will be driven by the principle of protection of health of EU citizens”, he concluded.

Just how collegial and transparent this decision will be is already doubtful and may remain so for the rest of this long contested legislative process. 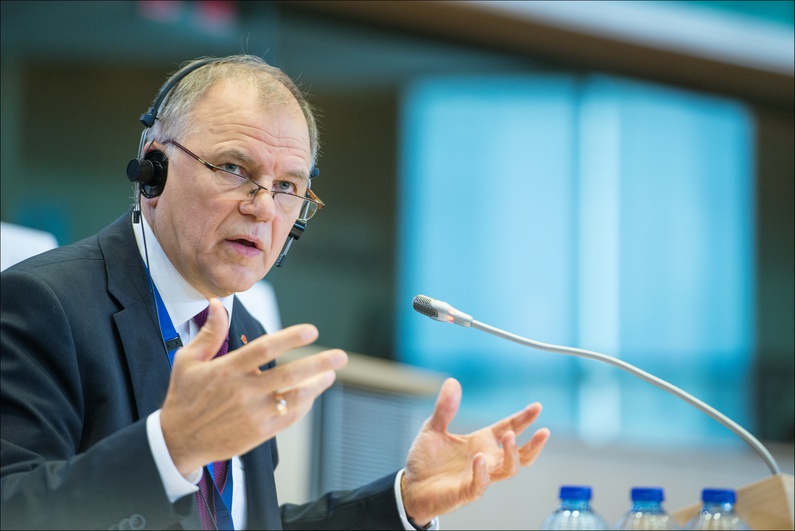 The EU as first mover on endocrine disruptors

Besides several announced Commission workshops and public consultations aimed at discussing uncertainty in risk assessment, weight of evidence and biological relevance, Commission officials from DG Health mainly recalled self-defensively the already existing sectoral legislation linked to EDCs (namely REACH, the biocidal products and plant protection products regulations, the water framework directive and the cosmetics directive), which was “already highly protective of the environment and public health”. Justifications were also reiterated for carrying out an Impact Assessment in the context of the Better Regulation Agenda.

The adverse effects of EDCs were said to be covered under the risk assessments and interim criteria specified under each of these pieces of legislation, which respectively call for different regulatory actions. And yet this touches upon the critical aim of offering a cross-cutting, horizontal definition rather than fragmented and ambivalent descriptions. Even if this entails leaping in uncertain waters while the rest of the world sits and watch.

On the core of the scientific debate, participants agreed to disagree. Before that, the Commission’s Joint Research Center presented some useful update on its screening methodology to assess the potential endocrine disrupting properties of around 700 substances subject to the sectoral legislation mentioned above, with the later assessment of impacts on health and environment to be done by an external contractor.

The goal of such screening is to provide a “best estimate” of which substances fall under the different EDC Impact Assessment policy options. Option 3 was unanimously supported by environment and health NGO coalitions as the most adequate approach, which would involve using the World Health Organisation (WHO)/International Programme on Chemical Safety (IPCS) definition to identify EDCs and introducing additional categories based on the different strength of evidence for fulfilling this definition.

But both participants and speakers seemed to disagree on the meaning of endocrine activity in toxicological terms, the various forms it may take, and the nature of the link with EDCs’ potential adverse effects.  In the end, the paramount issue of potency of chemicals was rather brushed aside and one still managed to hear ‘the-dose-makes-the-poison’ type of discourse. Significant confusion also arose around the focus on hazard or risk, identification or characterisation and on the nature of the assessments to be carried out. A slightly disconcerting outcome in the presence of the Endocrine Society.

Adverse effects of EDCs on public health and the environment

Pesticides Action Network Europe gave an informative presentation on the potential impacts of criteria identification and interpretation on the scope of substances falling or not under the identification process. Indeed, depending on the harmonised definition chosen for EDCs, the number of substances covered by the definition might be more or less important. The importance of scoping is thus clear, also considering its consequences for industry, which will have to find replacement substances, as underlined by Food Drink Europe and the European Crop Protection Association.

The concrete dangers of EDCs on public health and consumers were also stressed by the Health and Environment Alliance- who highlighted the 31 billion Euros of EU health savings expected from tackling EDCs, a real public health opportunity to be seized. The Danish Consumer Council added that 9 out of 10 Danish citizens want the Danish government to go beyond EU legislation and ban EDC in consumer goods (Gallup, April 2015).

Patience for the uncertain path ahead

The last panel of this conference focused on the impacts of EDC criteria identification on trade and agriculture. This was another occasion for the crop industry to reiterate the socio-economic impact of losing the right to use some protection plant products and to claim that EDCs should be treated like any other substances of concern. A final, almost out-of-place discussion took place on the negative impact of EDC legislation on multilateral trade agreements and the technical barriers to trade regime, which was a rather odd way of attempting to discourage EU action on EDCs.

The Commission announced that its Regulatory Assessment board will vote on the finalised Impact Assessment of EDC criteria identification by mid-2016 and is expected to publish it shortly thereafter. Needless to say that the saga is not over yet.