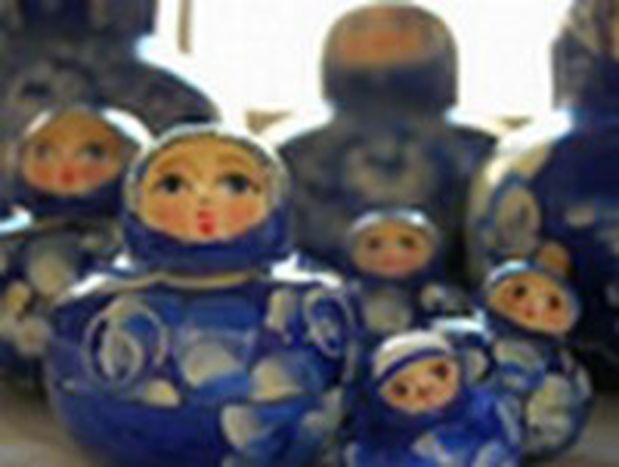 The Russians are here

Many Russians are living in the EU, with most making their home in the Baltic states and Germany. Their integration is often a problematic affair

The dominant opinion in Europe’s chattering classes is that there is no space for Russia in EU. It may come as a shock then, to realise just how many Russians already live and work in Europe.

But it is not just because of the number of Russians working in the Europe that the EU is developing ever closer relations with Russia. The last round of EU expansion meant that Russia now borders two member states – Estonia and Lithuania. Both Russia and Europe have a shared history with these two countries that begins long before the existence of the EU.

With the break up of the Soviet Union in 1991 and the declarations of independence by the former soviet states, the peoples of the Baltic States decided to return to their national affiliation and ethnic roots. The total control exercised by the Russians within the Soviet Union meant that the centre of power had, till then, been in Moscow.

For that reason one met Russians in all corners of the Soviet Union. Even today a large contingent of people who consider themselves Russian can be found in the new EU Member States. They still consider themselves Russian despite having lived in a different country for several generations. People of Russian descent make up the largest minority group in the Baltic States.

About 20% of Latvia’s inhabitants are Russian. Privileges such as the official use of the Russian language were revoked following Latvia’s declaration of independence, amid fears that this would allow the Russian minority to distance itself culturally. According to the American think-tank “Minorities at Risk”, the Latvian government took drastic measures to make clear to the Russian population just who was the new boss. In particular the naturalisation laws of 1994 came under international criticism because it made the application for and granting of Latvian citizenship notably more difficult, and excluded Russians from society and politics. The Russians, however, have also been criticised for not integrating themselves sufficiently and deliberately cutting themselves off.

That national identity is not predominantly defined by the passport one carries has been shown by the example of the Russians of German decent. At the beginning of the 90s they arrived in Germany from Russia – only from 1989 onwards was it possible for citizens of the Commonwealth of Independent States who were of German origin to easily emigrate to Germany. The result of this was a drastic increase in emigration, spurned on by economic problems and political discrimination in the former Soviet States. The demands of the German authorities have, however, become more demanding over the last ten years. As a result, those wishing to expatriate to Germany have to take a German language test and authenticate their German descent.

Back in the 16 Century Germans began moving to Russia, something which was then furthered by the Manifesto of Invitation which Katharina the Great declared on the 22 July 1763. As a result of the tense social and economic situation in Germany at the time, the decree offered citizens a welcome reason to emigrate. Suppressed and persecuted Germans hoped to live in freedom in Russia. Further manifestos by Russian leaders followed, promising the Germans religious freedom, exemption from military service, tax exemptions and local self government. Farmers in particular were welcome, as the Russian monarchy wanted them to farm uninhabited areas. But tradesmen and craftsmen, doctors and merchants, all were caught by the allure of a new life in Russia.

Relations changed dramatically in the following decades – the forced resettlement of German citizens during World War II and the revocation of civil rights were justified amid allegations of cooperation with their fellow countrymen in far away Germany.

A difficult situation for Russians of German descent

This is the dilemma with which many Russians of German descent nowadays see themselves as confronted with – even though they are, according to the German constitution, German, the are, nonetheless, perceived as foreigners. Many of them have great difficulties in settling in Germany, especially as their lives in their new home country are often dramatically different to how they expect them to be. People like Linna Hensel and Wladimir Kaminer, however, prove that integration need not be a problem. Hendel came as a ten year old to German in 1992 and was voted, eleven years later, Miss Niedersachsen. Wladimir Kaminer came to Berlin in 1990 and by now enjoys great success as an author.

It is common for money to determine the standing of Russians in Europe. Since the mid-90s, London has become a favourite location for rich Russians – be it as their main or second home. Russia’s richest man, Roman Abramovitch, is, since 2003, the proud owner of the English football club Chelsea, and other Russian oligarchs followed his lead, fleeing Putin and his cohorts for a new life in London.

This shows that the paradox of modern Russia is not only evident within the country’s borders, but also continues within the EU – the large chasm between rich and poor Russians, as well as political and social discrimination.