The ridiculousness of Czech politics

Sometimes politics can be disheartening. When people like Donald Trump come into power, it's hard to keep faith in the solemnity of the political landscape. In the Czech Republic, politicians are ready to reclaim Czech sovereignty with a future that's pink, loaded with guns and decorated with fake beards.

One of the Czech Republic’s most famous literary characters is Jaroslav Hašek’s The Good Soldier Švejk. Throughout the story, set during the First World War, the anti-hero Švejk stumbles from one ridiculous misadventure to another, irritating many figures of authority and never fully disclosing whether his idiocy is intentional or not. Today, the character of Švejk has become ingrained in Czech culture. Czechs even use the word švejkovina ("švejking"), meaning to undermine the system through intentional acts of stupidity.

While the depiction of ridiculous characters has become a staple in Czech literature and film, it has recently started appearing in the country’s political landscape too. Politics can sometimes seem ridiculous anyway, and stories from the mainstream are only making matters worse.

Earlier this year, the media announced that the country’s second richest man and then Finance Minister–Andrej Babiš–carried out some questionable business deals in the past. The revelations prompted Prime Minister Bohuslav Sobotka to resign in protest, before confusing everyone and withdrawing his resignation three days later. Sobotka resigned over questions concerning the legality of Babiš directing EU small business subsidies to a company that later became part of Babiš’s Agrofert group, a huge company that would never have qualified as a small business. However, the Prime Minister was quickly humiliated by the country’s controversial president, Miloš Zeman (considered one of Babiš’s allies), who accepted his resignation but not that of the cabinet.

This would have meant Babiš keeping his position, which is the exact opposite of what Sobotka was trying to achieve in the first place. Eventually, Sobotka stayed on as Prime Minister, and no one seems to know how to interpret the constitution. Babiš was eventually dismissed as Finance Minister in May 2017, but remains a favourite to be the next Prime Minister of the Czech Republic, despite still being under investigation by the Czech police and the European Anti-Fraud Office… 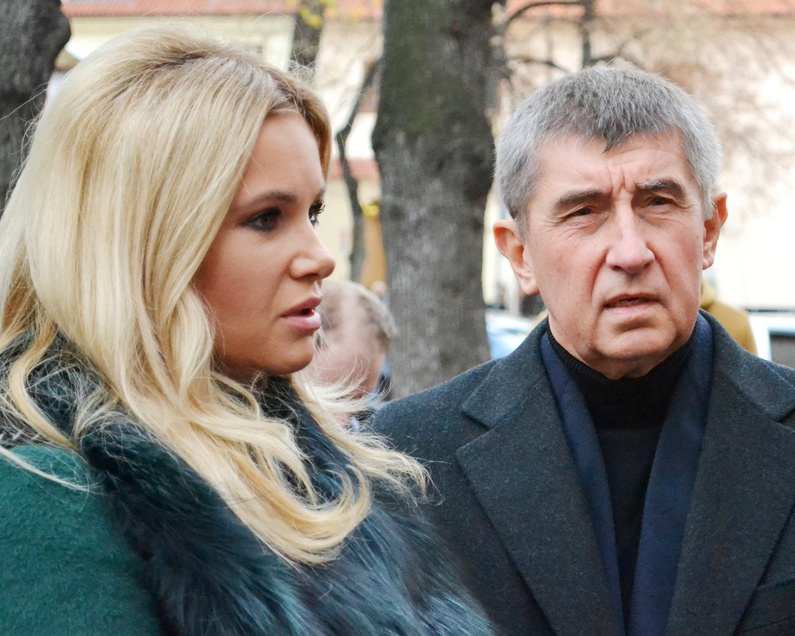 While this drama in the country’s parliament seems to have calmed down for now, it appears that a new wave of absurd right-wing characters are on the rise and aiming to exploit the public’s loss of faith in central parties. Hungry for attention, these awkward personalities have fully adopted ridiculousness as their medium. Whether they are aware of it or not is another question.

One person that is certainly aware of it is Martin Konvička, whose anti-immigration antics have earned him some airtime both at home and abroad. Konvička, an entomologist [NB. Insect expert] at the University of South Bohemia, first caught the world’s attention when he staged a ‘terrorist attack’ in Prague’s historic Old Town Square. He ‘invaded’ the space with soldiers adorned with fake beards, fake guns and a real camel, and sent many anxious tourists hurtling into tables and chairs. What’s most troubling about this stunt is that the city council approved it. Although they later admitted they would have stopped it had they known its severity, this approval legitimised the outrageous act. Konvička leads a group called “We don’t want Islam in the Czech Republic,” which leaves little room for questions. Their previous stunts include an event staged in front of the mosque in Brno, where onlookers witnessed the burning of the Quran along with people drinking beer, eating goulash and women parading in swimsuits; apparently an attempt to reassert the finer parts of Czech culture. When leader of the now-suspended Block Against Islam Party, Konvička also appeared in a widely ridiculed video expressing support–in English–for “Islamophobe of the year” Donald Trump.

Konvička is not the only one with eye-catchingly outrageous behaviour. Recently, the political group Nation of the Order, who also wish to re-assert Czech sovereignty and values (whatever they may be), published photos of their current candidate Barbora Haškovcová fully adorned in latex and makeup, sporting a rifle at the Czech/Slovak border. What this comic book image portrays of Czech values is unclear, but it was perhaps in retaliation to the EU’s passing of stricter gun laws. This tightening of gun laws has led to some pro-gun and anti-EU protests, as some have argued that guns are necessary for people to resist terrorism. The Czech Republic currently has some of the most relaxed gun laws in Europe.

While Haškovcová chose a more sultry style to push her nationalist agenda, she has come up against some pretty strong competition, namely: Dominika Myslivcová, or “Barbie”, as she is better known. Barbie is a young, pink-clad woman demonstrating her variety of rich skills by being both a rapper and the independent candidate for the increasingly marginalised Dawn–National Coalition party, formed by the well-known anti-immigration populist Tomio Okamura. One of her productions is the anti-refugee song We Don’t Want Change Here, which can be found on her YouTube channel. Her campaign slogan in 2016 was: “I want a pink future, not a black one."

These outlandish characters on the right have found an unlikely ally on the left in President Miloš Zeman, former Prime Minister and former leader of the centre-left Czech Social Democratic Party (ČSSD), and it’s not difficult to see how this prominent player has set the stage.

While he too joins the anti-immigration ranks of Czech politics, he has also been the focus of many controversies, leaving both Czechs and the international community baffled. In 2015 the head of state bemused many people as he declared “death to all abstainers and vegetarians” at a winemakers meeting in the country’s capital. In his defence, he claimed to be referring only to the famous mass-murdering vegetarian, Adolf Hitler, and not actually all vegetarians. His critics are often hugely embarrassed by his antics, like profusely swearing (in English and Czech) about the protest group Pussy Riot live on air, or his apparent drunkenness at a state ceremony to inspect the crown jewels. But his supporters argue that this is partly why they admire him; his outspokenness and tendency for the ridiculous is something they can relate to.

Zeman’s continued controversies and his close ties with Russia have seen his popularity decrease slightly, but one recent poll suggests that around 33% of the population still view him as a good president, placing him second behind the scientist Jiří Drahoš with 40%.

While the Czech Republic has not been a choice destination for refugees, there is ample space for those who wish to promote their own egocentric agendas built on nationalism and the perceived fear of Islamic invasion, or cultural displacement in general. Through an awareness of the cultural appetite for the ridiculous, agitators of anti-Islamic and anti-EU sentiments are certainly making themselves heard–whether people are laughing with them or at them, only time will tell.