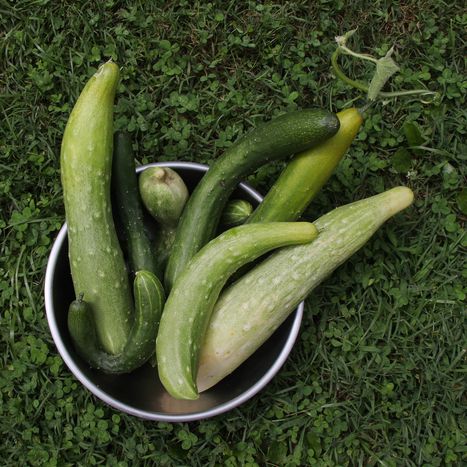 The revenge of the ugly fruits and vegetables

We eat with our eyes, but beauty is in the eye of the beholder. Querfeld and Zachraň jídlo, two initiatives from Germany and the Czech Republic respectively, are promoting the return of imperfect fruits and vegetables to our plates.

The food industry is a slave to beauty. In the Czech Republic, 20% of all harvested fruits and vegetables will never make their way to our plates, while the figure rises to 30% in Germany - all because they don't meet arbitrary standards for size, shape and color. According to the Berlin-based start-up Querfeld, "Fruits and vegetables have to be attractive or nobody would want to eat them. Yet, those ruled out are just as tasty as the others." It is estimated that in Germany, about 18 million tons of edible goods are wasted each year  - it would take 450,000 fully-loaded trucks to carry it all.

"At the supermarket or any other food supply chain, consumers are used to finding only calibrated fruits and vegetables. Retailers are 100% sure they would not buy anything else," says Anna Strejcová, from the Czech initiative Zachraň jídlo (which means "Save the food"). "But if you go out in the fields to see how it actually works, you realize all fruits and vegetables don't grow in the same way, somebody has to sort them out in the end." This generates a huge farm loss beause foods that do not fit into standards are simply thrown away. 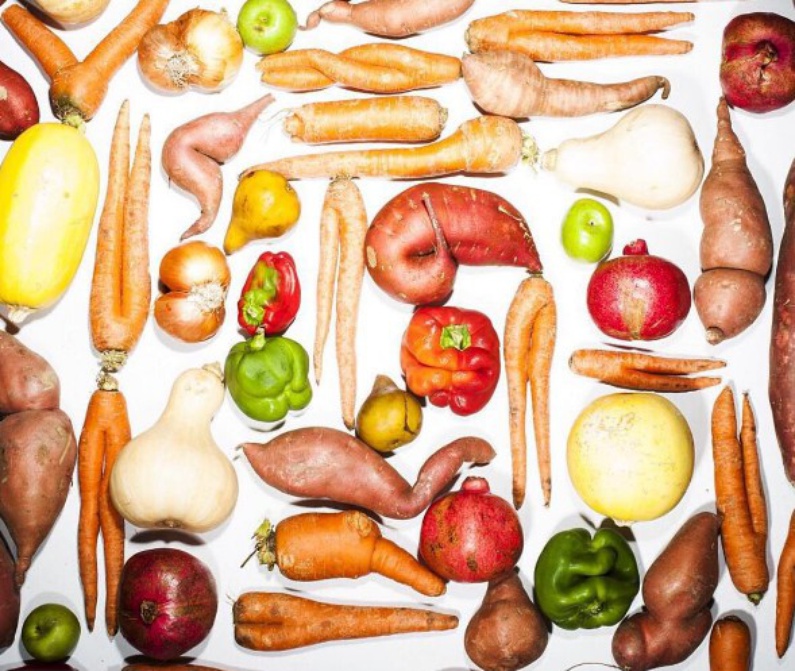 The standardisation of our fruits and vegetables isn't just a cosmetic argument, however: same-shaped vegetables are simply easier to transport and to store. Consequently, suppliers have developed internal standards, such as the infamous  "Curved Cucumber Regulation." Even so, Amelie Martin, a member of Querfeld, is quick to absolve the EU of blame for the rules: "What many don't know is that this curved cucumber regulation only exists since 2009!" But the damage is done: consumers keep on focusing on straight cucumbers because they were influenced to do so. Supermarkets do not offer alternatives, since they assume they will not sell. Consumers are thus prevented from buying something unusual or from getting used to different shapes and sizes - and eventually forget the alternative exists in the first place.

"It is necessary to make people aware! Demand, buy!" recommends Amelie. An issue close to her heart: while she was in business school, she chose to spend her holidays working in an organic farm and she was extremely shocked to see all that went to waste. "Most people don't have the slightest idea of what's being thrown away."

Last year, Zachraň jídlo met representatives from various supermarkets: "We've been told that their clients were not ready to buy non-standard fruits and vegetables," reads the organization's homepage. In response they launched the campaign Jsem připraven ("I am ready"), in which more than 10,000 people have signed a petition stating they'd be happy to buy imperfect produce - making it more likely that these frutis and vegetables will one day be available on the market. Leaders of the campaign can no longer stand more value being attached to cosmetics rather than taste. 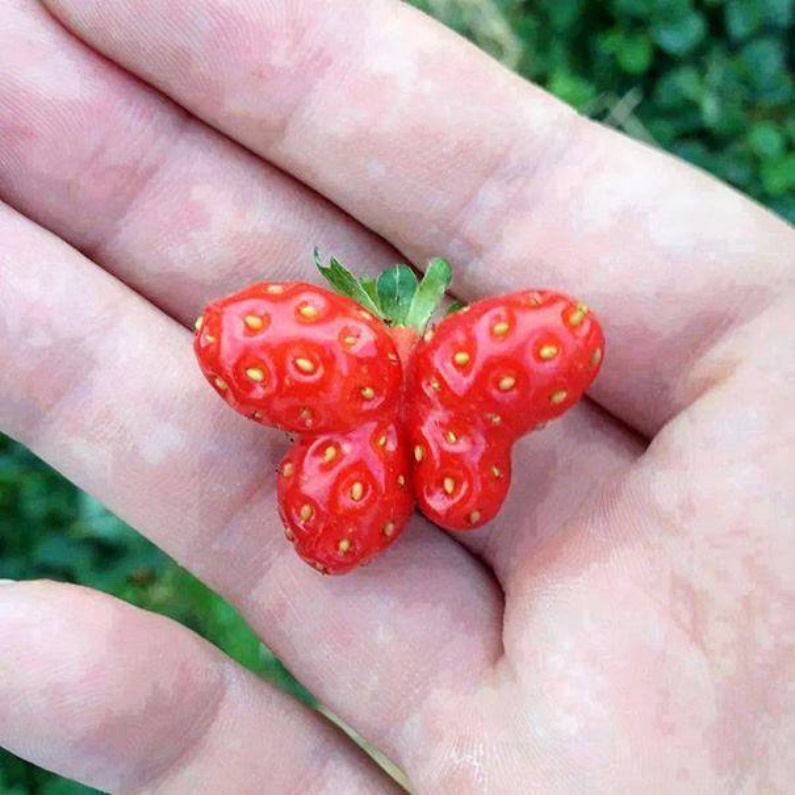 Querfeld comes from the breeding ground of Berlin-based start-ups and wants to reach as many people as possible: "Our goal is not to convert or force anyone to buy our vegetables, but we'd like to make them desirable through our campaigns," Amelie explains. Communication is essential: campaigns have to be funny and trendy. Tomatoes with a crooked nose or close-up pictures of root vegetables call out for sympathy. "When you communicate with humour, you reach a lot of people," she adds.

Zachraň jídlo also uses non-conformist aesthetics. Last year in Prague, activists displayed photographs by German artist Uli Westphal on the Artwall along the Vltava. Westphal, who has been taking pictures of unconventional fruits and vegetables since 2006, explains: "People think every single tomato, every single cucumber, every single bell pepper is identical. But they only are because the food industry want them to be identical. They've become design products. We judge our food according to beauty criteria. As soon as something does not comply with those criteria, we become suspicious." Westphal aims at proving to the Czechs that imperfect food is not only delicious but also, in its own way, beautiful.

"We will be glad if the consumers find it cool - but it must not end there," Anna insists. A supermarket chain recently started selling "crooked" vegetables in Czech Republic, but this is mostly a marketing strategy. Instead, Zachraň jídlo is trying to make deep change occur and to transform the production system. "This is why we organize round table meetings where representatives from the Department of Agriculture, retailers and other experts are invited to discuss concrete measures to change this side of production," Anna explains.

Querfeld has already found a solution: they deliver to client companies - caterers, canteens, professional kitchens, who couldn't care less what cucumbers looked like before their transformation. Until now, supermarkets haven't been Querfeld's core target, but Amelie promises that "we sure will not forget them." The start-up has had to be persuasive in talking to producers and retailers; farmers are obviously skeptical when they see young people from the city show up with their start-up. "The important thing was for our project to be able to renew itself in the long run," Amelie explains. Meanwhile, they have developed good relationships with the producers, but they must be patient: "Up until now, we cannot reduce waste as much as they would like us to." It is also difficult for the farmers to throw away those products and then to undergo the resulting shortfall.

The priority is to stop wasting food. No matter what shape fruits and vegetables have, quality must be the main focus. "It is essential for us to make local and organic products," Amelie insists. "We do not sell anything not fresh or moldy, only different-looking products." This is how to reduce food waste: by giving the producers a revenue, and offering clients the possibility to buy less expensive organic quality products.

Zachraň jídlo also started this fight for ecological reasons: "It takes a lot of resources to produce fruit and vegetabels - water for irrigation, nutrients from the earth, fuel, labour. And this agriculture has a huge influence on climate change," Anna explains. "That's why we cannot allow all this food to rot away."