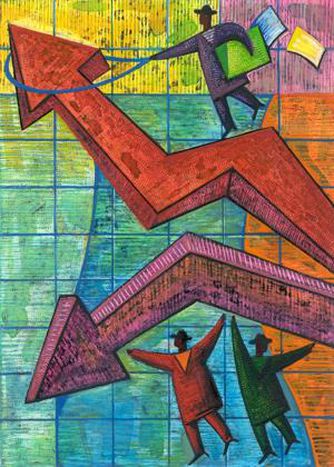 The profitability of Banks in Estonia Continues to be Good

In the latter, mortgage loans constituted a large share, as usual. Other household loans grew due to the seasonal factor of issuing study loans at the start of the new academic year. Compared to the earlier months of this year, corporate borrowing activity was rather contained in September, being confined to around 360 million kroon volume growth in the entire sector.

In September, the corporate and household loan and leasing stock increased by 1.3 billion kroons, i.e., 0.5%. Approximately three-quarters of the increase in the loan stock derived from the growth in loans issued to households.

The year-on-year growth of the entire loan and leasing portfolio fell from 16% in August to 14% in September. Taking into account that the assessment of households and enterprises regarding the short-run economic growth outlooks is more cautious, the next months' credit growth can also be expected to remain more modest.

No significant changes took place in the banking sector loan quality. The share of loans overdue for more than 60 days in the loan portfolio remained at the previous month's 2.2% level. However, looking at the projected economic developments, the share of overdue loans is likely to increase. Banks' assessment on possible loan losses is reflected in provisions the stock of which formed 0.4% of the loan portfolio at the end of September.

Deposits of the Estonian households and non-financial enterprises decreased by 663 million kroons, i.e., 0.6% in September. The year-on-year deposit growth rate, on the other hand, accelerated from 6% in August to 8% in September. Since deposit interest rates have risen and yields in other financial markets remarkably weakened due to the impact of the international financial environment, the share of time deposits has increased in the past half-year. In September, more than 1.8 billion kroons was added into the time deposit accounts of households and enterprises.

In the third quarter of 2008, the aggregate net profit of banks was 1.2 billion kroons, which is about 6% less year-on-year. The profit-making ability of banks has remained relatively good against the background of the complicated international financial environment and the rapid adjustment of the Estonian economy, helping ensure the banks' buffers for possible loan losses.