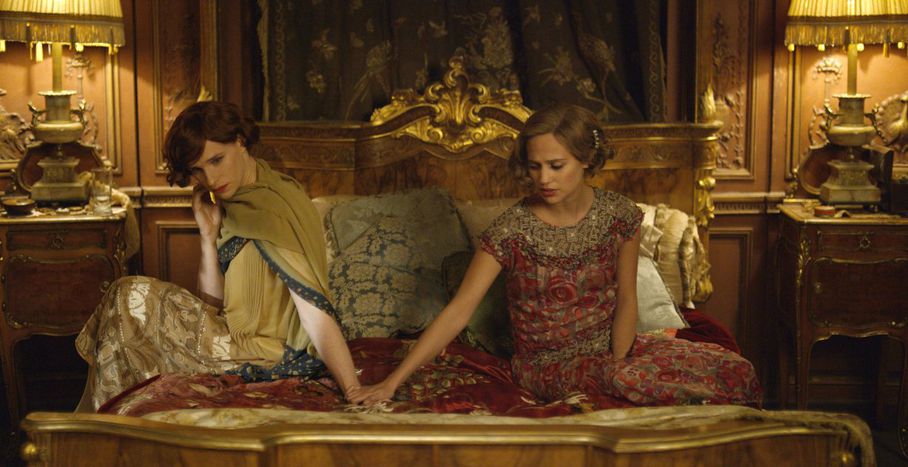 The Power of Unconditional Love

“The Danish Girl” is the transitionary story of celebrated painter Einar Wegener into the woman Lili Elbe. Depicted is his realization that he was born into the wrong body and his then life-long struggle to become a woman. The movie is not quite true to the actual story behind it, yet it carries an important message of self-acceptance and the power of unconditional love.

Once again, Eddie Redmayne has proven his extraordinary talent to the rest of us mere mortals. After having won the Oscar last year for his stellar performance of a young Stephen Hawking in “The Theory of Everything” it is no surprise that he was again nominated for playing the transitioning Einar Wegener into Lili Elbe. His acting is so subtle that as an audience member it is quite hard to detect the moment that Einar decides to give in to his true nature. In retrospect it seems that he had always known who he was, “she” in fact. Lili is inside Einar and has bubbled up since early childhood as we find out during the movie. As a painter Einar has become a popular character in Copenhagen of the 1920’s, living and working happily together with his artist wife Gerda Wegener. And this is the really captivating part of the movie. The continuing story of love and support between Einar and Gerda and later Gerda and Lili. Although this storyline is not true to the actual events – as I have found out after watching the movie – it does give the viewer an important look at how such a transition could and should be handled between two people.

Alicia Vikander as Gerda Wegener is luminous. She perfectly displays the delicate awakening to her husband not being who she thought he was. At first it is hard for her to understand the reoccurring appearances of Lili, especially when Lili starts a sort of relationship with another man. There is a powerful scene here, where Einar declares that he is not able to control Lili and for the first time it becomes obvious, that his urge to be a woman is rooted very deep and is in no way related to his love for his wife. Because he does love her but cannot change how he feels. Later on, when they have moved to Paris – where Gerda’s career as a professional painter picks up – Lili takes over and there is a scene where Gerda asks to talk to her husband and Lili explains that Einar is not there anymore. Sometimes these scenes are difficult to interpret. Why did Einar create Lili? Is it a way of separating his life as a man from his wish to be a woman? Or was Lili always there and Einar is in fact a facade to keep up appearances? Watching the process of Lili taking over is fascinating. She suddenly seems to have been the “true Einar” all along. 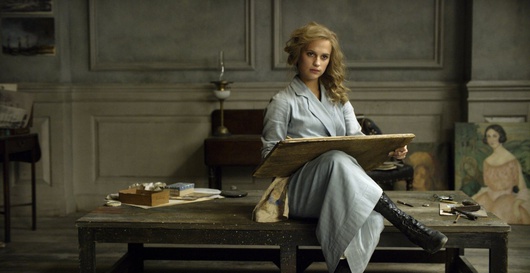 What stuck with me was the way Gerda comes to support her husband. One of the most powerful scenes in the movie is when Gerda and Einar finally find a doctor that is actually willing to help. Here, Gerda finally fully admits that she believes her husband to be a woman trapped inside the body of a man. And from that moment on, she supports Lili in her quest to change her body. Watching Gerda go through the loss of her husband although he had neither died nor left her, is heart breaking and still as a viewer you do not pity her. Deciding to support her spouse, highlights the fact that she loves the person, not the body and that "love" can take on many forms. Feelings and circumstances can change during a relationship. Staying and making it work is a decision. Unconditional love means letting it transform into something else. Maybe the intensity shifts or you develop interest in someone else. In a marriage like that of the Wegeners in the movie it seems everything is possible because the mutual respect runs deep. They do not want to loose each other, so they make the decision to let each other run free. A remarkable fictionalised couple. The question is, whether this could be possible in real life. I would like to think so. The movie certainly gives you food for thought in that regard.

Lili Elbe really was one of the first transgender people in history to be operated on. The real Lili died because of a failed operation trying to implant a uterus. She desperately wanted to be able to have children. Once more she was ahead of her time. I will not tell you what happens in the movie, but especially the last scenes are beautifully shot. The cinematography in general is breathtaking. 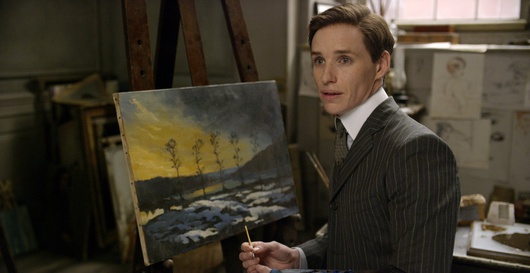 The costume design also has done a wonderful job. As Einar, Redmayne already has a touch of femininity in his air and his clothes definitely accentuate this, although being men’s wear. The transition to Lili then is of course mostly underlined by the change of clothing. And also here it is visible how subtly this movie achieves the process of changing Einar into Lili. What struck me, were the paintings Gerda created of Lili – the main reason Gerda became a known painter. These were accurately done, all according to the style of the real Gerda Wegener. So hats off to the production design.

I believe that this movie – although it is not entirely true to the real story of Lili Elbe – is an important contribution to the education about transgender people and reminds us of the important fact that in the end we are all just human beings, trying to live our own truths. The most important thing is that our loved ones support us, no matter what, and that we in turn also give our support. Please watch this gem of a movie. But make sure to read up on the real-life fascinating Lili Elbe.