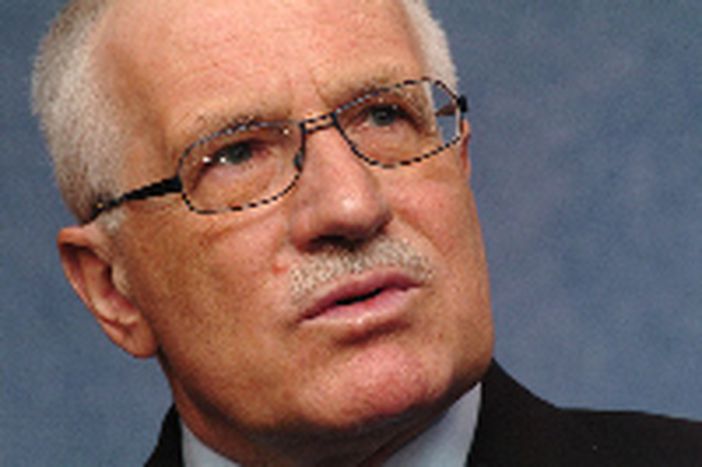 Electoral fist-fighting, a stalemate in parliament and the president comes to the rescue... In the last few months, an intriguing political drama has unfolded in Czech Republic. Now it might be coming to a close.

At last the masquerade is over. On September 4, the Czech president Václav Klaus appointed his party colleague Mírek Topolánek, a member of the Conservative party ODS, as his prime minister. Topolánek will preside over a minority government, which will or will not be approved by the Parliament on October 4. “I hope that this government will gain their trust and will take certain necessary steps after years of inefficient policy-making;’ said Topolánek when he was sworn in. Nevertheless Jirí Paroubek, social-democratic former prime minister and new opposition leader, reacted with ire: "It is certain that none of our MPs will vote for their government”.

Meanwhile the political masquerades that have been going on for the last months continue.

Fist fight under the spot light

The curtain lifted in the spring 2006 on the first act: the campaign begins. The contenders, premier Paroubek and ODS-man Topolánek, throw mud at each other screaming "justice! The future! Hope! Lier!" During the highlight of the battle, the Health minister received at hard slap on the face from one of his rivals. Far from letting himself be impressed, he launched into a fist fight as the cameras rolled on. And the Czechs cheered him on.

Second act, after the parliament’s decision on June 4: The left, composed of hardliner communists and social democrats get exactly 100 seats in Parliament. Another 100 seats will be allocated to the conservative parties, the Christian democrats and the Greens. And the Czechs cannot believe their eyes: how improbable is it to get such an equal distribution of seats? And furthermore how is it possible that the communists, heralding a programme dating from eighties, win 25% of the votes? And what other Eastern European country boasts Green MPs in parliament?

Meanwhile there are hard negotiations on the political stage. A political rift divides the country. On the left hand side of the stage, Paroubek stands, sulking. Behind him, a column of hardened communists, old veteran of World War II, march in the sombre wings.

On the right-hand side, Topolánek speaks for ages with the leader of Greens Martin Bursík and the Christian democrat Miroslav Kalousek. His idea is as follows: “Let’s form a three-party government. We’ll introduce a flat tax, environmental protections and farm aids.” One thing is certain though the communists are not allowed to join the play. All depends now on the support of the Social Democrats. Still the former PM Paroubek hesitates. At beginning of August, Bursik no longer bears the situation and gives up: “I’m out. We’ll never form a majority government”.

The same story goes for Paroubek. Except for the Social Democrats, nobody wants to mix with the communists. Will he make an offer to Topolanek? No. Instead of negotiating with his rival, he sports a malicious and ironic smile and exchanges secret calls with the Christian Democrat Kalousek. “If you don’t join us, we’ll have to organise new elections. And who knows how many people will vote for us then.”

Precisely at that moment, the sensible Christ Kalousek lost confidence in god, is tempted by obscure forces and joins the far-left. Before an amazed Czech nation, he declared: ‘This country needs a government. We, the Christian Democrats, will sacrifice ourselves and join the Communists.’ Within a few days he was dismissed from his party. .

The third act opened at the end of August: Topolánek and Paroubek did not reach an agreement. More dirt and mud is thrown on either sides. The country threatens to sink in the growing tub of political smear. Finally, Vaclav Klaus floats down from his clouds in a true deus ex machina fashion and steps on the political stage. ‘Please children, let’s calm down. We’ll play enee menee mynee mo. First Topolánek will be prime minister. If he fails to obtain a majority, Paroubek will be prime minister becomes and switch once more with Topolánek. The play will last until spring 2007. And then those who are still interested in politics, can vote once more. Until then no real decisions will be made. I’ll simply represent. And if this doesn’t work out, I’ll invite Václav Havel on the political stage and appoint him my court fool." And the Czech Republic chuckles.