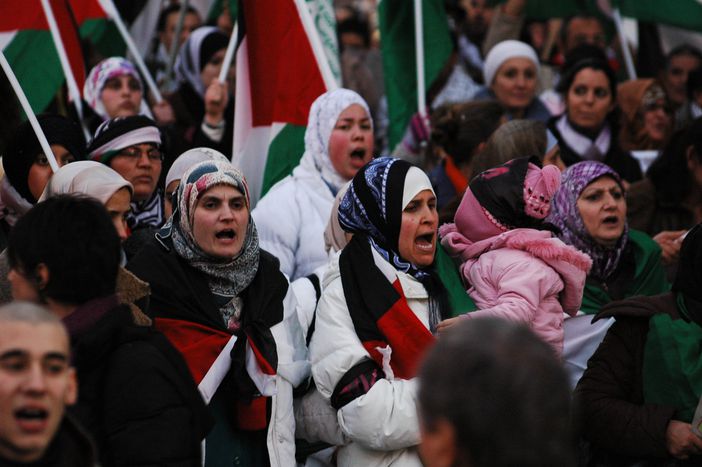 In occasion of , the congress organized by the University of Seville, the two scholars were brought together to a room full of young people to dismember one of the most deeply-rooted conflicts in the world. In the midst of the creation of an Israeli government, none of them seem hopeful to see an end to this conflict on the horizon.

Shlomo Ben Ami : “With Netanyahu, the two-state model will never be a reality”

An Oxford graduate, this Israeli politician, diplomat, and writer, is in favour of approaching this issue from a global outlook of the zone. “Most Middle East problems are interrelated, none of them will have a solution separate from the others,” affirms this current member of the Labour Party of Israel and former Foreign Affairs Minister. He shows himself hesitant to the idea that the ‘Obama era’ will bring a solution to the Palestinian-Israeli conflict or to the war in Afghanistan, but feels confident that an agreement with Syria will soon be reached, with a direct impact on the stability in the zone. “Syria’s objective is not to reach peace with Israel, but with the US. Therefore, this issue must go through Israel first.” Hopeless towards a twist to the right in the Israeli elections and since the UN resolution on going back to the limits established in 1967 remains unexecuted, Ben Ami believes there will not be a solution to the problem in the near future, although he affirms that the Jordan-Palestine confederation is viable. According to him, “Palestinians are lacking a united movement at a national level to act as their speaker. Abbas is a ‘good person’ in the negative sense of the expression: it is not a leader and is lying under the shadow of corruption. This is when Hamas enters the picture, as a response to the incompetence of Fatah.” “Hamas does not support the two-state model, but they are going to have to negotiate on that basis; it is not a global jihad movement, it is not Bin Laden,” he adds, “it would be a mistake to think that Hamas is not involved in the political game, nor that shouldn’t be. The International Community made a mistake trying to put them out of the picture,” condemned the vice-president of the Toledo International Centre for Peace.

Sami Naïr : “With the victory of the radical right in Israel, Hamas has the perfect excuse”

The Algerian naturalized French citizen, politologist, philosopher, and sociologist specialized in migratory flows, is in favour of a paradigm change basing on peace for security and not the other way round. “With the Oslo Accords, the ‘peace versus territory’ concept was introduced, and then replaced by ‘security for peace’. Now we are to enter in the ‘peace for security’ era,” stated Naïr in the debate table. “To the United States, Israel is not an issue of foreign affairs, but rather internal. Israel is the American battle horse in the Middle East. Just as Shlomo, I don’t believe that Obama will bring a solution,” he sceptically corroborates, “unless a new perspective based on the content of the Madrid Conference is brought to the picture, and the United States approach the international entities and renders the UN its pacifying role.” Sami Naïr believes on a solution based on four points: separate the belligerent groups, create a negotiation table under the control of the UN, condemn the disrespect to international laws and set off an economic development plan common to both parties. “My dream is that a UN General Conference takes place in Jerusalem and that it is stated right there that we are to put an end to this conflict for it damages the dignity of them both,” concluded Naïr.