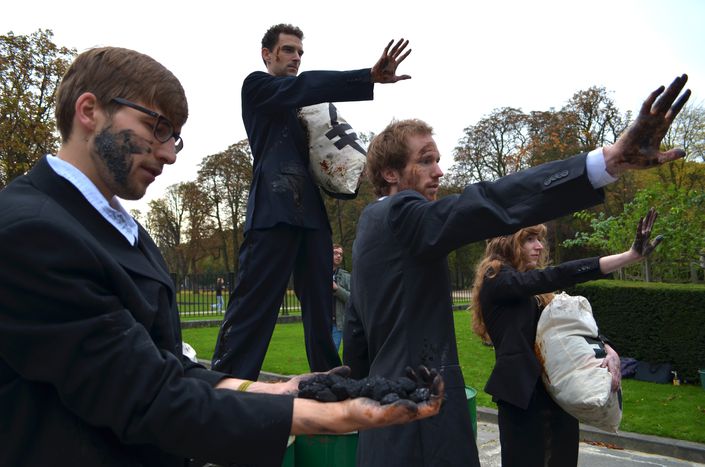 The Other Side of The Coin: The Anti-Summit!

Brussels is accustomed to meetings of the highest political echelon. Better yet, one could say citizens are already resigned to the roads being blocked and helicopters flying overhead. But there is also the other side of the coin, when the presence of leaders can be taken advantage of to get out to the streets and protest.

The European Summit on 23-24 October has mainly concentrated on energy and climate. At the European Council, leaders are in discussions behind closed doors. Meanwhile, only 100 metres from the Council, several NGO’s* have mounted a small theatrical presentation on the bad guys of the coal industry. These organisations have for quite some time been putting on multi-coloured scenarios that give the press great satiric photo ops. Now is the time to interview those responsible at the NGOs, to get their critical opinions based on the themes they are portraying of  behind the scenes at the Summit.  Natalia Alonso, director of the Oxfam office in Brussels, criticises how countries like Poland are opposing the CO2 emissions reduction accord. “I agree that those countries need specific funds.  The problem is that they’ve already had these supports in past years, but they have earmarked them to invest more in coal.” According to the Oxfam representative, it is necessary to make investments that, in the medium and long term, create employment, but that also little by little change the type of industry.

*Oxfam, Friends of the Earth Europe and European Environmental Bureau 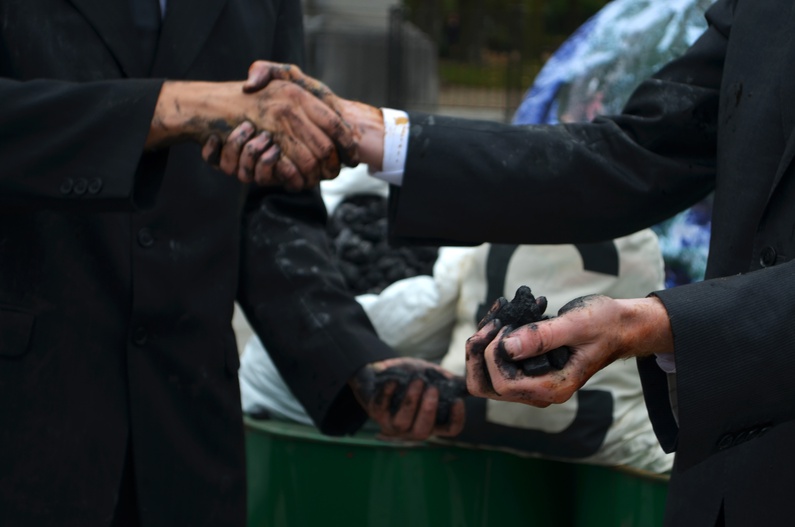 Even the police are protesting!

As European leaders gathered in Brussels, Belgium police joined once again to voice a protest against the latest approved measures delaying the age of retirement for police officers for up to eight years.

Two hundred to 250 officers, all wearing unioncolors and flags, throwing bangers and fireworks, protested against pension reforms near the Parc Cinquantenaire. Despite the protest, the ambience was peaceful and people were seen talking amicably in groups.

Behind this collective manifestation lies the Constitutional Court’s judgement which intends to eliminate the special retirement regime within the integrated police. Back in July, a Belgium Court nullified a measure enabling ex-officers of the former state police to take retirement earlier than their colleagues on active duty, who have to wait until they are 62.

We are facing an interesting situation allowing us to make the analogy between what police officers actually represent as actors in  society. They reflect the image of security, law and order and they are the guard dogs of the state, yet they have just put their own country in jeopardy at a sensitive time for national security. It is clear that the date of the strike was planned in advance as this was not their first strike (on the 23th of September police officers did strike, leaving the airport in chaos). An ideological defiance performed by security forces against European leaders, the maximum exponent of European authority; where could this lead if taken to the extreme?

Unfortunately, though we know that these kinds of social protests normally fail to achieve their initial purpose, what we witnessed should not go unnoticed. The rebellion of the police officers must be seen, everywhere in the world, as an important step towards a more balanced world, where the judiciary can be with "us" and not against "us.” 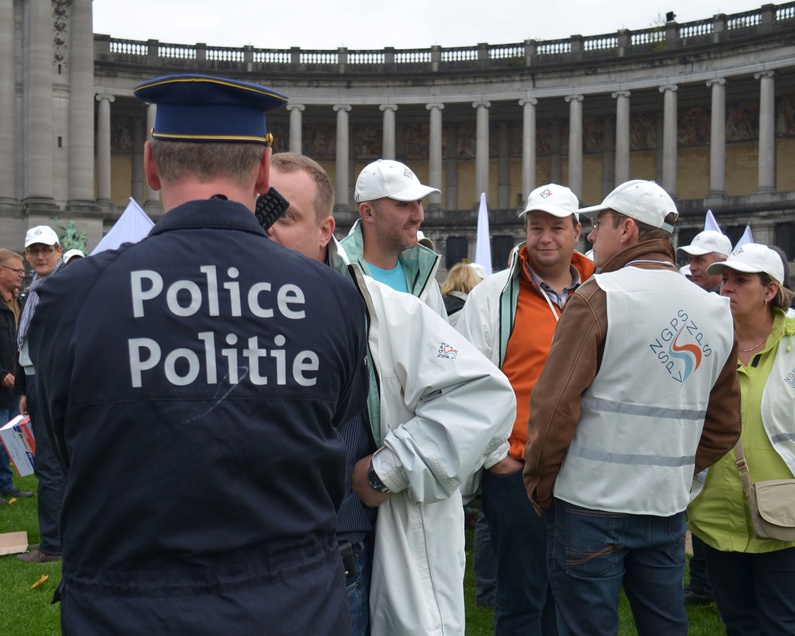 *First part of the article translated by Danica Jorden.