The new ID's, the notorious barcodes and Revelation's 666!

Open for public consultation are now the proposals of the Ministry of Domestic Affairs, about the new ID's, the  ''Citizen's Card''. Through www.ypes.gr and  www.opengov.gr/ypes citizens can submit their proposals until December the 12th.

However, the Ministry states that the citizen's card will be utilized for the physical identification of people, replacing the existing Identity Cards and will not contain sensitive personal data. The aim is that Greeks will use this card when they deal with the public services, avoiding tons of papers and booklets.

Note that those who wish can activate a ''digital signature'' through which they will be able to use the new web services of the public sector.The new cards will have the same dimensions like the credit cards, while in the top it will carry a photo and same basic info of the holder. At the same time the new cards will carry chips, which will give the option of digital authentication when using electronic services in public and private sectors. However, the Ministry  did not detect any need to use barcodes and therefore they will not be included.''So why not barcodes ? Because the hierarchy of the Greek Orthodox Church and the faithful were not prepared to accept the Card with the 666 ..! According to religious circles the notorious barcode is synonymous with the ''mark of the Apocalypse'' and declared that they will not accept the new cards for any reason! Therefore to ensure the universal application of the measure the Ministry decided to remove the barcodes from the new cards. 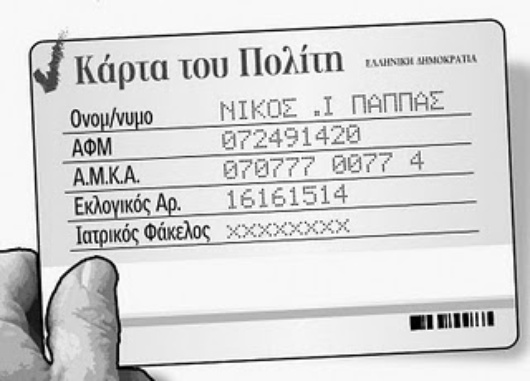 But are these claims valid?

The King James Version of the Bible translates from the original Greek of the Revelation of John (13:18):

How is the 666 connected with the barcode?

"The New Money System 666" by Mary Stewart Relfe in 1982, was the pioneer for such investigations. This book contains over 50 pages of excellent documentation on UPC barcodes. The success of Refle, followed several books with most important being by Terry Cook and Bob Fraley's

The Mark of the New World Order

The Last Days in America

Terry Watkins, also, examines the relation between barcodes and the 666.. In an extensive analysis of the technical nature of the code, the author explains that the computer does not read the numbers listed in the barcode. However, he mentions that though technically 666 does not exist, He also cites the answer of the creator of UBC barcodes, Mr. Laurer. In his own website, but he believes its a coincidence. 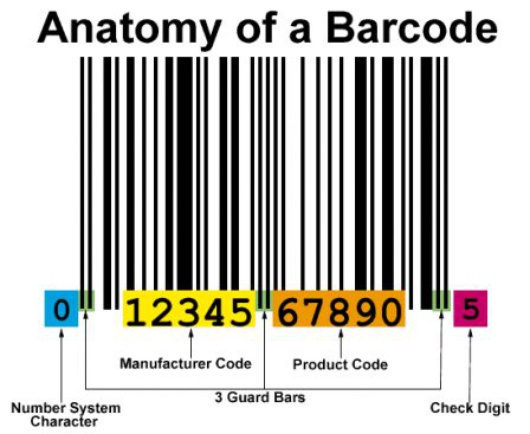 but it DOES EXIST from a human perspective!he does admit the existance of 666,

For the author, it is not coincedence that the Greek "root" word for (translated "mark") is . One of the meanings of is "a palisade" which is like a "picket fence, or vertical lines". The "idea" is, the reason John used the Greek word , rather than , etc., is

charagmacharaxcharaxcharagmastigmabecause he was describing a 'mark' with vertical lines — a "bar code".

From now on opinions are purely personal.. However..personally I admit I was surprised about the connection of these two. Also we must not forget

that these prophecies and sacred texts are mainly for those who believe them. However, they require special handling as to decrypt their deeper meaning ..

However, the Greek Orthodox do not have to worry about .. any ''mark'' after the Ministry finally backed down and removed the controversial barcode ..Let us hope now that the Ministry will remove all the bureaucracy and we will be able to use this card in every aspect of the public sector !! .)

(And this requires pure magic indeed.