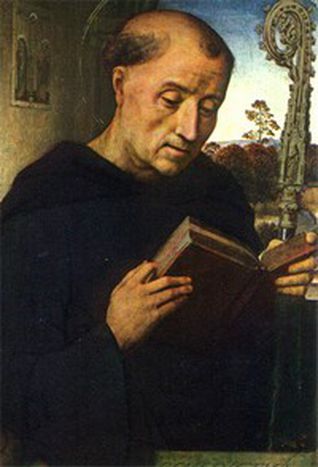 Between the lack of priests, empty pews and the dwindling influence of the Church, the new pope certainly has his work cut out. However he has several tricks up his sleeve to solve them.

Cinemas all over Europe are currently showing Kingdom of Heaven, starring Orlando Bloom as a knight in not-so shining armour riding through the dusty Holy Land in order to join the Crusades. The new Pope, Benedict XVI, would be well advised to go and see this film; it might help him reassess his plans for the ´reconquista´, or the Catholic re-conquest of Europe. This time it will not be an epic fight against the Saracens in the Middle East or the Moors in Spain, but a fight against secularisation and liberalism in Western Europe.

What’s in a name?

Each Pope uses the name he chooses for himself as a sign of what his papacy will stand for. Saint Benedict, the founder of western monasticism, was responsible for Christianising much of the European continent during the sixth century. Coincidence or not, Benedict XVI´s own words leave little doubt that he intends to make his papacy one in which secularism and liberalism will be fought. In 2004, the then Cardinal Ratzinger said in an interview with the Italian newspaper La Republicca: “We have moved from a Christian culture to aggressive and sometimes intolerant secularism. A society from which God is completely absent self-destructs. We saw that in the major totalitarian regimes of last century.” Indeed Europe today is a much more secular place than it has been for centuries. Apart from the official separation of church and state, it is also obvious from the unfilled pews, the empty seminaries and the spread of what is seen as liberal legislation, such as the legalisation of euthanasia, abortion and gay marriage.

Although Benedict XVI has kept his ´battle plans´ to himself for the moment, roughly three main areas on which he is most likely to focus can be discerned. His first priority is to get more priests. Without priests the whole structure of the Catholic Church ceases to exist. Some Catholics have suggested ending the obligatory celibacy of priests and ordaining women as solutions for the current lack of priests in Europe. But the new Pope, widely considered to be a conservative, is not likely to agree with them. As recently as 2004 he wrote an official church statement reiterating the prohibition of ordaining women as priests and criticising feminists as ignoring biological differences. Instead, Benedict XVI will probably focus on reforming seminaries and their curriculum to make them more appealing to young people. Time will tell whether this is enough.

Secondly, the Pope will want to focus on maintaining his political influence in Europe. With a decline in Catholic followers, the Church’s influence on European politics is also likely to be in danger. The recent battle in the European Parliament over the nomination of devout catholic Rocco Buttiglione to the European Commission and the fact that the European Constitutional Treaty does not mention God were stark reminders for the Church of its dwindling influence. Here, the Church has several tested methods at its disposal. It can influence individual politicians, for instance by refusing them Holy Communion if they vote in favour of liberal legislation. It also has several organisations lobbying for its causes in Brussels. But most effective of all is the so-called ´concordat´, a formal agreement between the Pope and a government or head of state for the regulation of church affairs. In Germany such concordats with local states ensure that the Catholic and the Lutheran Churches receive an estimated annual income of around 9 billion euros through what is known as a ´church tax'. More worryingly, Slovakia is set to sign a bilateral treaty with the Holy See allowing for the "Right to Exercise Conscientious Objection" to anything which is deemed to be not inline with Catholic principles, including abortion and access to contraception. This treaty would then become part of international law, overruling national Slovak and EU law. Meanwhile in Italy, the question of the political influence of the Church is currently making the headlines because on June 12 there will be a referendum on IVF treatment and embryonic research. The Pope is steadfastly opposed to any change in the law and, since at least 50% of the population must vote for the referendum to be valid, he has encouraged people not to take part, saying “not voting does not make you a bad citizen” when human life is at stake.

The Catholic Church is therefore not without means to counter its dwindling influence. More difficult to resolve is the third issue Benedict XVI will be faced with, namely the empty Churches. Many have suggested that the decline in active membership of the Catholic Church in Europe has to do with the staunchly conservative policies of the Church. Certain Catholics in Europe disagree with the Church on issues such as abortion, (homo)sexuality, euthanasia and the use of condoms to fight AIDS. Some have even taken the drastic step of leaving the Church officially, by having their name stricken from the baptism register. A more liberal course for the Catholic Church has been suggested as a way of increasing its membership in Europe. But the election of Cardinal Ratzinger seems to be a deliberate choice by the Roman Catholic Cardinals not to follow this route. The new Pope has vowed not to deviate from the Church’s 2000-year-old set of policies and principles. Instead of wooing liberals, the new Pope has set his eyes on the new generation of young Catholics in Europe. He will attend World Youth Day, an event for young Catholics, in Cologne in August and has already mentioned several times in his speeches that young people will be the focus of his papacy. With young supporters like Josipa Gasparic from Croatia, who claims that “the stale and deceived sexual revolution generation is dying out and a new generation of John Paul II youth is about to take over”, it seems he has picked the right target.

But no Crusade takes place without opposition. Liberals, humanists and dissenting Catholics are bound to stage a counter-revolution. They will maintain that the Church has changed position before, on the flatness of the Earth and the persecution of witches for instance. So why can it not do the same on issues such as women priests, the possibility of faith existing within a secular state and even its choice of pope? Many Catholics, such as the ones from Catholics for Free Choice, believe God and the Church should be allowed the liberty to change their minds. Already, Cardinal Danneels from Belgium has remarked that he was not that pleased with the election of Ratzinger as the new Pope. Dissent within the ranks has always proved more fatal to any Crusade than opposition from without. But for now, under the new leadership of Benedict XVI this ‘new Crusade’ seems to be taking definite shape, with youth as its devout knights. Its destination: Europe.