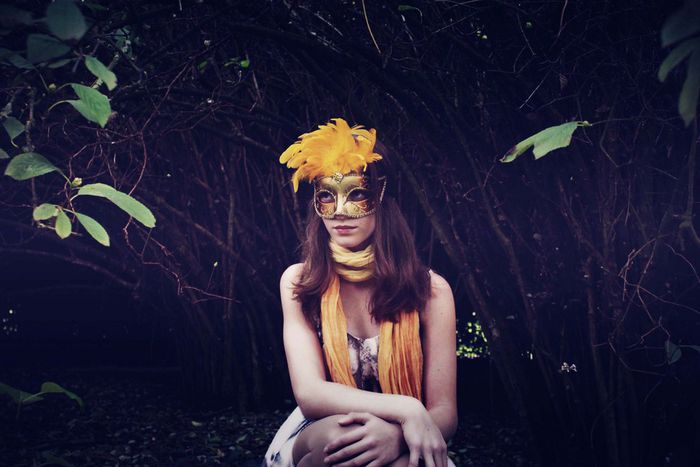 The Italian Neo-Borbonici dream of the days of the Kingdom of the Two Sicilies, when the Bourbons governed Naples, considered resplendent and dignified at the time. Viva the wannabe revolution?

At a Neo-Borbonici demonstration a few months ago, Laura Noviello preferred to wave the Italian rather than the Bourbon flag. The young woman's initiative wasn't received well by by the Neo-Borbonici, a separatist group based in Naples. The group wants to relive the former glory of the Kingdom of the Two Sicilies. It became too much for the 17-year-old. Once and for all, she turned her back on the group. For Laura, Italy is one nation. Secession after 150 years of unity should not even be a topic of conversation anymore.

Narrow alleys, clotheslines and chipped building facades surprise tourists who visit Naples for the first time. The cheerful bustle in Italy's third largest city has nothing to do with the chic streets of Rome. The Mezzogiorno, as Southern Italy is also called, is impoverished and has a high unemployment rate. Young people who believe in their chances of starting a career here are far and few between. Laura Noviello is one of the very few in her circle of friends who would like to stay in Naples, regardless. She wants to become an archaeologist in Pompeii. "My friends think I'm crazy," she says. 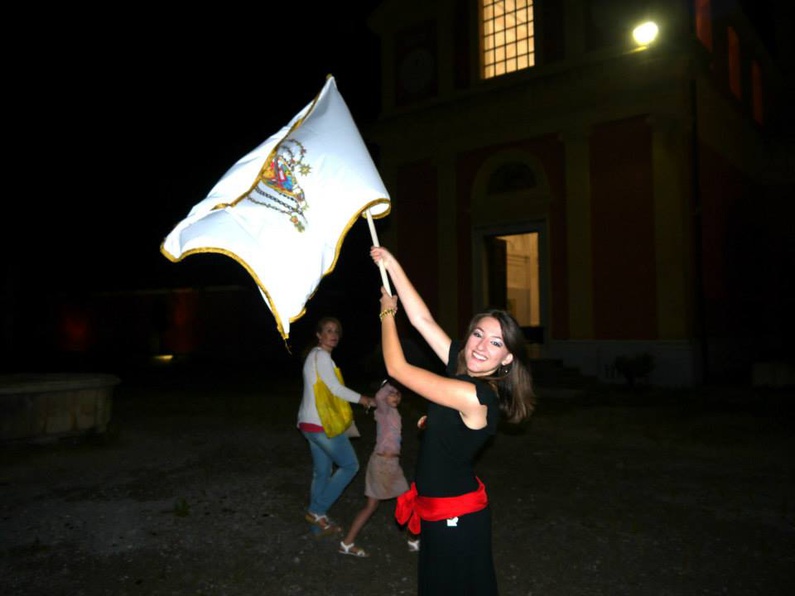 The region's past always lays near to the young Neapolitan's heart. Maybe that's why she joined the Neo-Borbonici movement. According to her, one reason why people in Southern Italy don't believe in the future of their country is because they don't really know anything about their history. In most cases, Italian historical narratives do not honour the South's heritage. Around the time she became interested in the topic, she joined the Neo-Borbonici, a political movement that positions itself in opposition to the Italian federal state, and wants to place the blame of the miserable conditions of the South on the economically strong North. They mourn the days of the Kingdom of the Two Sicilies and consider the Unification of Italy in 1861 as one of the biggest mistakes in the history of their country.

Better off without the North

By and large, it would be nice if the Kingdom of Naples existed again, and if they could separate themselves from the Roman yoke. Of course, a king would not be placed on the throne. But regardless, they long for the "golden days," when Naples was a resplendent city with a strong industry. The nostalgic flight into the past is of course always a patent solution for actual problems...

While ordering his espresso in the Gran Café Gambrinus, a posh café in the heart of Naples with gold ornaments on the ceiling, Gennaro de Crescenzo, president of the Neo-Borbonici movement, expalins: "If we look at the trends of the past, the South would be a lot better off today without the North."  This of course shouldn't be taken at face value. "Most people were poor and oppressed before and after the unification of Italy," counters Enrico Rebeggiani, professor of economics at the University of Naples Frederico II.

According to Rebeggiani, separatist movements such as the Neo-Borbonici are the consequence of political inaction, which does not seem to react in the face of rising unemployment rates, poverty and the increasing tensions between the North and South. "Now we have a prime minister from the left [Matteo Renzi — Ed.], who in reality is just a younger version of Berlusconi," he says. Many citizens in Southern Italy do not feel represented by the government in Rome. And rather than becoming vocal, Italians have descended into political disillusionment.

However, the Neo-Borbonici cannot be understood as a political solution, because they do not show ambitions to become politically active. They would much rather be understood as a cultural movement, even if many of their demands and principles are interwoven with politics. In Café Gambrinus, the Neo-Borbonici leader Crescenzo lays down on the table his book Il Sud. Dalla 'Bobonia felix' al carcere di Fenestrelle. Perché non sempre la Storia è come ce la raccontano (The South. From the Borbonia Flex to the Fenestrelle Prisons. Why History isn't as it's always told — Ed.), published in 2014. With publications such as this, which are rarely not nostalgic, demonstrations, cultural events and lectures in schools, the Neo-Borbonici want to strengthen an alternative interpretation of the history of Naples.

As if bitten by a tarantula

The cultural focus of the movement was also a reason for Laura Noviello to join the Neo-Borbonici. She discovered her passion for traditional dances of the South like the Taranta, Tarantella, Pizzica and the Tammurriata. Often danced barefoot, the dances are a strong symbol for a deep connection between the dancer and her roots. They tell the stories of women who were bitten by poisonous spiders while working in the fields. To become well again, they would dance to tambourines until they reached a state of ecstasy. 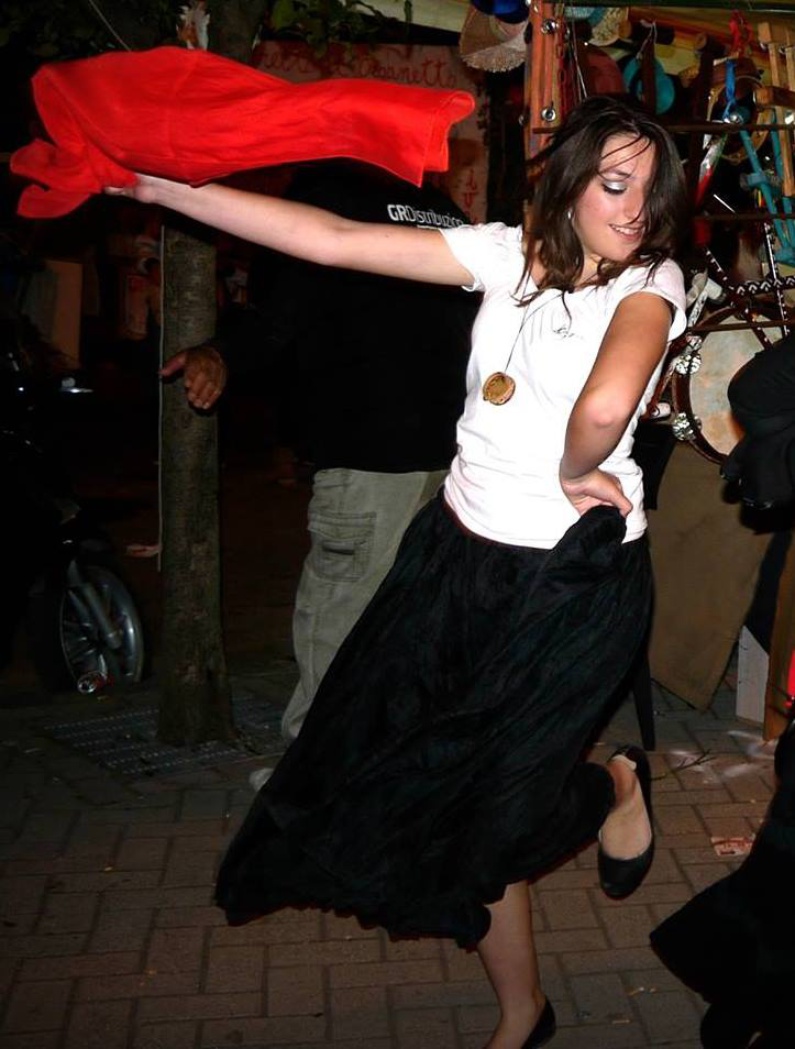 "The dances are becoming popular again because they serve of a symbolic trademark of the rebellion," explains Noviello. A rebellion against the emphasis on new values, against globalisation and against forgetting traditions. The government does not really care enough for the South. "There isn't any sense of unity. We're forced to find work in the North. But they do not acknowledge our workers, despite the fact that industries are functioning because of our labour force," says Laura.

Dancing without a solution

It is hardly a surprise that these tensions have awoken the desires for secession. The Neo-Borbonici are not the only ones that think they'd be better off without the other. A more well-known separatist group in Italy is the Lega Nord, a group that constantly makes it clear that it would like to do away with the South. Aside from the Neo-Borbonici, there are other splinter groups in the South, such as the Autonomy Movement MpA or the Sicilian Alliance.

Until now, the there are not any political answers to the North-South conflict, which Italy - just as many other European nations - is currently confronted with. The answers surely will not come from smaller movements such as that of the Neo-Borbonici. After all, they'd rather spend their time right now concentrating on important things such as the boycott of the Giro d'Italia 2015, the Italian counterpart of the Tour de France. Since the routes for the race are too concentrated in the North as well as the country's central regions, they'd like to find sponsors for a "Tour of the Two Sicilies." After all, says Laura, the world loves Naples, but Italy hates it.

THIS AR­TICLE IS PART OF A SPECIAL ISSUE DEDICATED TO NAPLES AND IS PART OF THE EU-IN-MO­TION PROJECT INITIATED BY CA­FÉ­BA­BEL WITH THE SUPPORT OF THE EUROPEAN PARLIAMENT AND THE HIP­PO­CRÈNE FOUNDATION.