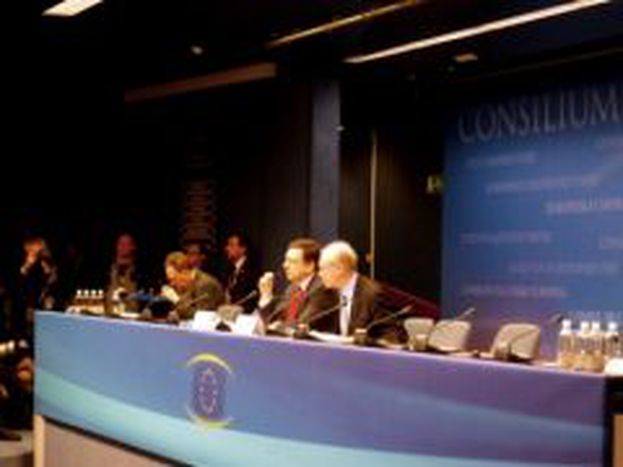 The most difficult thing in political life

Text & Photos by Marie-Pierre Lenain The first meeting of the European Council since the Lisbon Treaty entered into force took place on 11 February in Brussels, in the renowned Bibliothèque Solvay. It was the first time that the EU Heads of State or Government met since Herman Van Rompuy, President of the European Council, took up office officially.

Under the Treaty of Lisbon, the European Council becomes an institution and defines the general political directions and priorities for the EU. It consists of the Heads of State or Government of the 27 Member States, together with its President and the President of the Commission. It is officially supposed to meet twice during each six-month presidency (four times a year), convened by its President. However, the President may convene special meetings of the European Council when the situation so requires.

The meeting which took place on 11 February was an informal meeting, and was convened by the President of the European Council in order to discuss economic strategy, and address major challenges faced by all European economies. Next to that, the agenda mentioned discussions related to the evaluation of the Copenhagen Conference on climate change, as well as to the EU’s emergency response capacity, in relation with the dramatic events in Haiti.

However, things may not turn out as planned. President Van Rompuy perfectly illustrated this by quoting the former Prime Minister of the United Kingdom Harold Macmillan. Known for his pragmatism, wit and unflappability, he once had to reply the following question: « What’s the most difficult thing in political life? ». He answered the question with these words: « Events… events, my dear… events ». 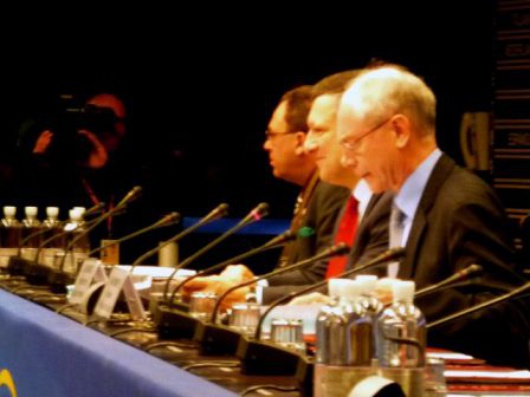 Indeed, events often decide otherwise. The current situation in Greece finally led the European Council to replace several points on the agenda, and incited the Heads of State or Government to send a clear political message based on two dimensions:

Responsibility dimension: the Greek government is taking on responsibility in order to reduce its budgetary deficit by 4% in 2010Political commitment: the Euro area Member states will take coordinated action if the need were to arise, to safeguard financial stability in the Euro area as a whole. It was highlighted that the Greek government has not requested any financial support.

During the Questions & Answers session, Van Rompuy, as well as the Heads, had to stress out several times that the European Council only works on political strategies, to build a common vision for the EU, and does not exercise any legislative functions. It should be noticed that it differs indeed from the Council of the European Union (national ministers meet to discuss and, together with Parliament, adopt EU laws), whereas the European Commission proposes EU legislation and is in charge of closely monitoring the implementation of the common goals.

Furthermore, President Van Rompuy proposed that the Council should gather more regularly in the future, possibly once a month. The European Council asserts itself as very ambitious, and demonstrated its willingness to take the lead in the coming economic strategy and tackle important issues. President Van Rompuy concluded by these last words: “I get the impression that we have been very successful”, “I think that this was a productive, successful, first informal summit”.