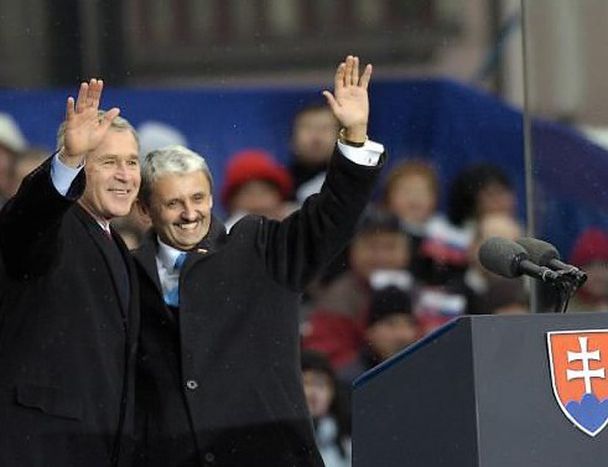 The merry-go-round of Slovakia's presidential candidates

On 21 March, the Slovakians went to the ballot boxes to elect their president. For once, the election was polarised, dubbed ‘agreeable’ by the national press. Ivan Gašparovič, 67, put his seat on the line 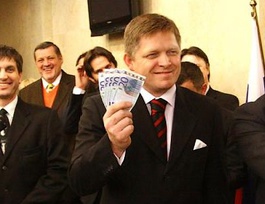 Here is a curious paradox: while viewed by many as the favourite in the race for the highest office in the country, one cannot actually say that the current president, Ivan Gašparovič, has ever really made the headlines during the five years of his mandate. With a reputation of being an ardent sports fan, the majority of the photos that we have of the 67-year-old have often been taken while he has been attending ice hockey matches. Politically though, things are different. Always aligned with his prime minister Robert Fico (populist left), it is hardly a surprise when the president speaks his name. It is therefore even less surprising to see them standing together on the large electoral posters of his current campaign.

'I think nationally and I have the social fibre,' the president declares. Such profession of faith, as seen by his current prime minister, is extremely popular with the voters, make no mistake about that! Oozing such confidence, Gašparovič can realistically expect to be re-elected. However, for Iveta Radičová, his main competition who is supported by both SME and Pravda (the two largest daily newspapers in the country, highly regarded for their quality and who never miss the chance to take a jab at the PM), the fight has been more of a struggle. The former sociology student, defending the colours of the liberal christian camp, has already made a name for herself as minister of social affairs in the former government headed by the christian democrat Mikuláš Dzurinda.

Her slogan Dokazeme to! ('We will do it!') appears at the forefront of her campaign and her internet homepage evokes, undeniably, connotations of the successful campaign of now president Barack Obama. But her detractors are all around. For a start, the support of the party representing the Hungarian minority has opened the door for the wrath of Ján Slota, who not only presides over the destiny of the national extreme-right party, but has a seat at the heart of the current coalition government headed by Robert Fico.

Slota, hardly known for his tact, has described the future presidency if Radičová is elected, as a 'real tragedy' for the country. She already finds herself without the support of the catholic church after having refused, when she was younger, to declare herself against abortion. 'Not eligible,' is the curse-call against her by the Slovakian clergy, which seems to have spread a rumour around the corridors of the chancellery labelling her as a common-law wife. The candidate, swapping her widowhood for a free union with a well-known artist, has chosen, to the roman catholic church’s displeasure, not to formalise her new ‘matrimonial’ status in the form of a marriage contract deemed right and proper.

To make up for all of these handicaps however, it is certain that Ms Radičová, who according to surveys polls 10 to 15% of the intentions to vote, can only rely upon the votes of the left. And that would not be enough to win the coveted prize. A large number of electors, believing to have benefited from a higher quality of life thanks to the policies carried out by the left-populists, fear the return of painful reforms that they were inflicted upon them by the previous Dzurinda government. Yet, it is these very reforms, including the introduction of the euro currency, that have helped improve the situation. But the ordinary citizen does not think of that... At least one thing is clear: this time, Slovakia is indeed divided. Well, almost!

Two other marginal candidates are also in the rat-race: the liberal Zuzana Martináková who has made herself noticed through her interventions in the television debates, and the former dissident František Mikloško, a christian through and through, and current president of parliament. The candidate of the former PM’s party achieves about 2% in the polls.

Long since the Mečiar era, communism and without a plethora of candidates this time, the daily newspaper SME has described this electoral campaign as ‘agreeable’. However, the current president and presumed favourite does not appear to be home and dry. Although he was a faithful ally of Mečiar and aided by his adopted-father, he was victorious in the last campaign because he represented without a doubt the lesser of two evils. Should the incumbent president not record a victory by landslide next Saturday, the voters will have to return to the polling booths for the second round on 4 April.