The Media has been carried away by the wave

Do you know the meaning of the word “Tsunami”? The only way you could not is if you spent the entire holiday period on another planet, managing to escape the media hype surrounding the “biggest natural disaster this century” 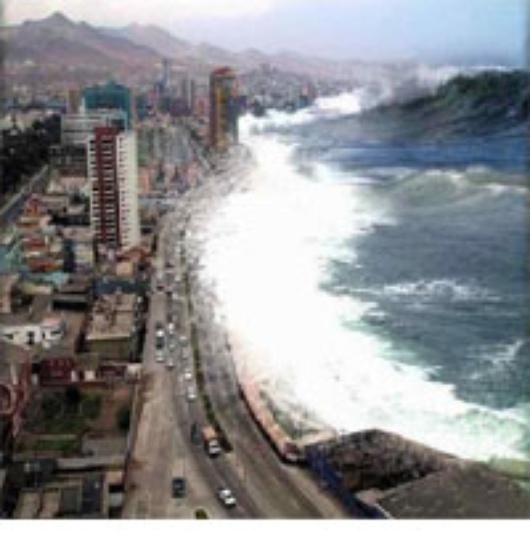 The news has just come through to the editorial office: according to the Associated Press Agency, “the pop singer Ricky Martin will visit Thailand this week to see for himself the areas devastated by the Boxing Day tsunami”. The dilemma for newspapers is: should they put this breaking news on the front page? After all, maybe the public would prefer a headline about two dolphins being rescued (one of whom had already died), flung into a lake by the wave, and the rescuers doing their utmost to return them to the sea, because “the wave had already caused so many deaths that to save one life, even that of a dolphin, is still a rescue”, according to the brave Indonesian fisherman who was interviewed in a television news report shown on 4th January.

303 tsunami articles: is it too many?

Are these types of stories grotesque? The events are real, after all, but their prioritisation is wrong. These examples illustrate perfectly the steady flow of news about the tidal wave which has swept through Europe and the rest of the world for the past fifteen days: an alternation of the best and worst kind, the discreet reporting on the justifiable pain of the families affected compared with coverage that induces nausea; the awesome images of the raging sea, which have been rehashed day after day; the political and economic analysis (although few and belated) and hundreds of anecdotes appearing in the dailies.

That’s not to say that the media has concentrated too much on this catastrophe (although the 303 articles in twelve editions and nine consecutive front pages about the tsunami in Le Monde – which averages 25 articles per edition – can justify us posing the question), but that they have handled it the wrong way. The European media has focused on the number of European victims, the devastated Thai resort of Phuket (which is a favourite spot for European tourists), on the pain of the victims and their families, on the destitution of the locals. Their intentions? There are two extreme responses: on the one hand, faced with “the full extent of the tragedy” (to use the media’s much turned phrase), they want to share with the rest of the world the pain felt by the victims and onlookers. On the other, and from a cynical view point, the period between Christmas and New Year is traditionally a quiet time for the media. This year, however, the journalists actually have a huge story to write about, which will evoke sadness after the festivities. Politicians, such as the German Chancellor Gerhard Schröder, have echoed the media’s take on matters, calling the tsunami the “biggest natural disaster of the modern era”. As a result, everything that happens is reported to the public, it is dwelled upon, and the tsunami is made into an even bigger event, increasing the television coverage… and audience figures.

The truth is undoubtedly some where in between. The media machine has spiralled out of control: after initially being stoked by the real tragedy of the event and the display of solidarity (which the media itself provoked), it is now flirting daily with the collective pathos. The media hype surrounding the tsunami has had many positive outcomes: a huge amount of money has been raised; the world has turned its attention to an area desperately needing its help; awareness about the affected area has been raised and global solidarity has been created. However, it is regrettable that in their rush to cover sensational stories, they have overlooked the need for critical analysis of the event and its aftermath. In their coverage of the tragedy the media has certainly touched everyone, but have they overlooked other important news in both the affected countries and elsewhere in the world. Instead of the numerous reports about the lost paradise of Phuket and mass graves, some air-time should have been given to stories such as the divine protection which seems to have been enjoyed by Burma, the bloodthirsty dictatorship, miraculously saved from the breakers as well as the media.