The man with a Bachelor's degree in magic

Anyone who grew up reading the Harry Potter books probably spent hours dreaming about becoming a real witch or wizard. But you don’t need to go to Hogwarts to learn how to use magic - you can do it in Dublin.

Every day at 9am, even before the tourists arrive in earnest, London’s Covent Garden is buzzing with activity. Street performers and buskers are queueing up to put their names in a hat. Whoever’s name comes out first gets first choice of what time they’ll perform that day, and with only 14 slots per day to go around 30 acts it can be a tense wait.

If you’re lucky, you’ll see a man with light brown hair and bright blue eyes performing on the corner by the Apple store. His name is Owen Lean, and he is (literally) uniquely qualified: he’s the only person in the world with a degree in street magic.

Owen grew up around theatre and the arts, but his relationship with the Dark Arts started at the age of 18, when he came across a deck of trick cards lying on the floor of his parents’ house. "I do know we bought it at Hamleys toy store several months earlier,” he says, “but I’m not sure how it got there.” Still, whether it was a sign from beyond our realm or just a random fluke, he quickly found he had a knack for the tricks in the deck. “It turned out that magic was like doing theatre, but I didn't have to spend months rehearsing with people I really didn't like. I could do it on my own!"

Soon after Owen was working for a degree in Theatre at Trinity College in Dublin, but the pull of magic - and particularly street magic - was still strong. As fate would have it, the college is adjacent to Grafton Street; one of the most expensive streets in the Irish capital, and one of the busiest busking streets in Europe. When it came to his final-year dissertation, he had a choice: write 12,000 words on a subject of his choosing, or a much more manageable 7,000 words built around a piece of performance. Like all good students Owen chose the smaller word count, and there was only one thing he wanted to do for his final project: a magic show.

Thankfully, the lecturers were all about it - "All the lecturers at Trinity are totally barmy," says Owen - and so it was that on a cold May afternoon in 2006, his degree hinged on his ability to successfully locate a card from inside a deck using nothing but his tongue. That summer, Owen Lean was given the first-ever Bachelor’s degree in street magic. For a while after graduating he spent a couple of years drifting, performing in London and developing Roadmage, the act that he had started on Grafton Street all those years ago.

And then his house exploded.

The Roadmage hits the road 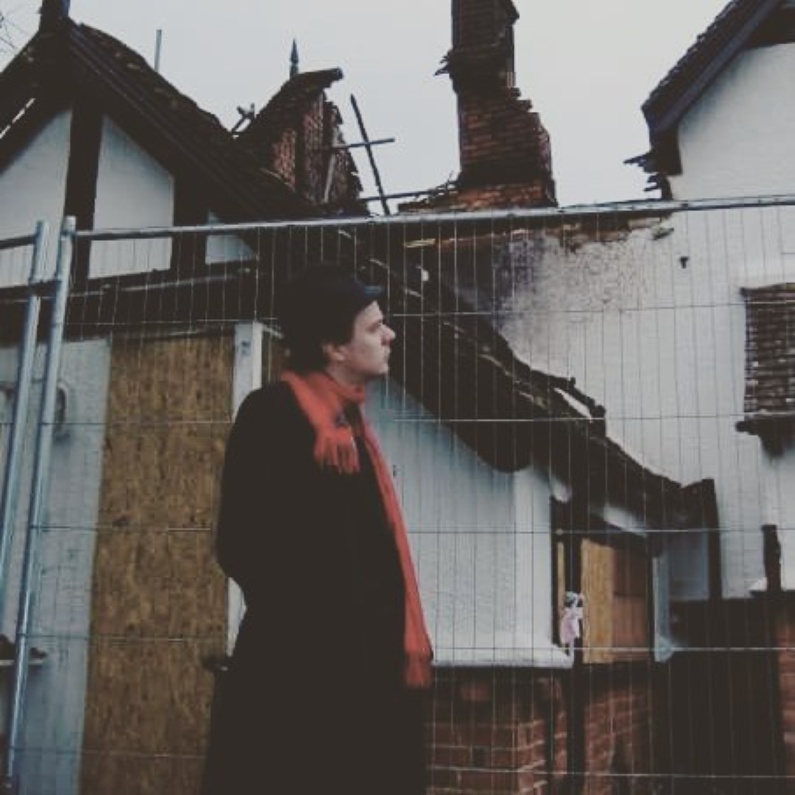 "The crazy thing is that none of us were in the house," says Owen quietly, still incredulous years later. "I'd gone away to see some friends for a week, and they asked me to stay another day. And even though it was going to cost me a bunch more money I said that I would. So I stayed that extra night, and early the next day I got a call from my parents to say that at two o'clock in the morning the house had exploded. But if I'd gone back, I would be dead."

The near-death experience did have one effect: it made Owen more determined than ever to make a living from magic. So he started to travel the country and then the world, spending time in Canada and living for two years in Paris, where his 'home pitch' - the place where he performed - was just outside the Centre Georges Pompidou.

Owen jokes that he mainly travelled because "it’s much easier to change the audience than the material," but his time abroad did serve a genuine purpose. "You realise how different everybody is, and how different energies are required to approach audiences. It sounds a bit metaphysical but there's no better word for it than energy. Any performance is an exchange of energy between the performer and the audience.

"In Dublin, where I started, people were very 'up for the craic' as they say there. They would start with high energy, but it would take longer to get them impressed. Whereas in Canada everyone was much more relaxed, but it was much harder to get them up to cheer. You have to start where your audience is, and that's the same with anything - if you come into a sales deal with high energy and the other guy is depressed, you'll never get there."

"Nothing is more entertaining than human defecation" 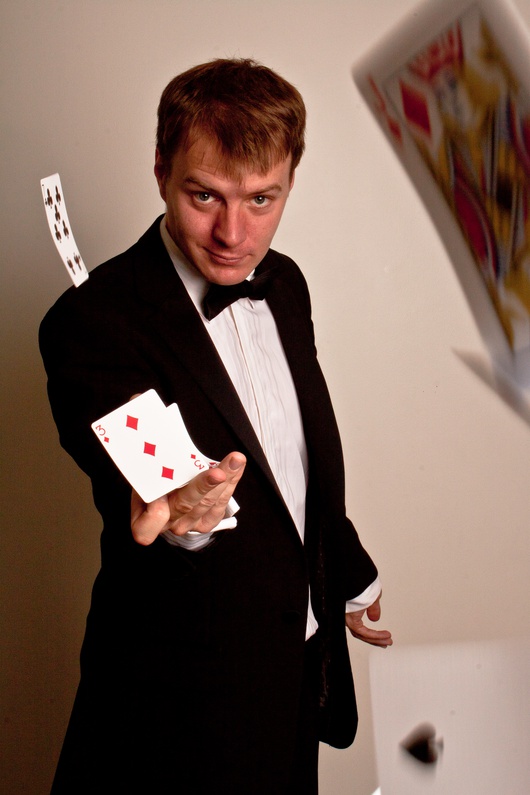 Still, whether in Canada or Covent Garden, Owen maintains that every audience has one thing in common: they’re ruthless. "In the theatre, if you have a part of a show that isn't very good, you can bring the audience back later. In the street, if their brains start to wander off then their bodies start to wander off too!"

The other thing that can make street performances unpredictable is the streets themselves. In Covent Garden, Owen says, the street performers are a tight-knit community, "almost like a family." But some areas are a lot more cut-throat: "At Leicester Square there's a group of breakdancers who have basically taken over, and don't let anyone else work there," he tells me. "But in Paris, near the Pompidou, the breakdancers were lovely human beings. It really is just a question of luck."

And just occasionally, every performer gets upstaged. Once, back in Dublin, Owen was in the middle of a routine when the crowds became unusually restless. "I realised people weren’t looking at me, but behind me.So I turn around, and right there was a tramp doing a poo. And there's nothing in the world I can do that's more entertaining than the sight of human defecation. So I had to wait for him to finish."

"There’s always someone to perform to"

Thankfully, it’s unlikely that Owen will have to deal with defecating homeless people in the near future. He’s now cutting down on the street performances (“just three a week at the moment”), and working as a corporate trainer and motivational speaker, helping other people sell themselves in the world of work using his experiences as a street magician. The two jobs sound like polar opposites, but Owen maintains that they have a lot in common.

"A street performer has to do three things - you need to get people's attention, retain that attention and build rapport, and then get them to give you money. We call that the ARM principle, and my whole corporate career is about teaching people to use that ARM principle."

But there’s another motivation for Owen’s career change: in March, he and his wife are expecting the arrival of their first son - temporarily christened Jumpy until they settle on a name. Still, it’s not the potential payrise that really influenced his choice.

"I make enough in street performing to keep myself alive, pay my mortgage, and get a little money at the end of the day, which is all you can ask for, even though it’s taken many years to get to that point. But I  don't want to be in a situation where I have a child but in order to make a living I have to work every weekend and every school holiday - which is prime time for a street performer. I love it, but it doesn't work for the kind of life I want to have for my son."

Still, as we say goodbye, Owen has no regrets about leaving the streets behind. "Being a father is a new challenge. Still, I'm sure there'll be weekends where I can go and do a show or two. I won't have to give it up entirely. Once you've done it you never forget how, and there's always someone to perform to."

Voglio Vivere Così is a collection of eight stories that describe unique and alternative lifestyles. A sneak peek into a closed world. Eight stories for eight weeks, chosen by the cafébabel editorial team.