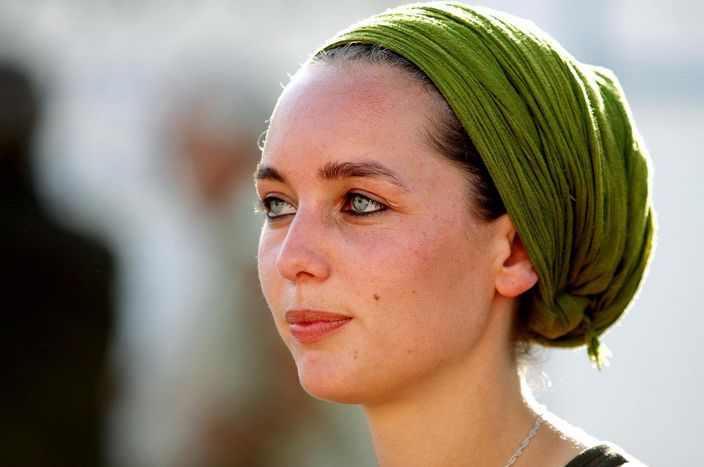 The life and political opinions of Strasbourg's Roma minority

Gay marriage, benefits and tax cuts - how do the diverse groups of ethnic European minorities living in the French city, including the Sinti and Kale, feel about their new president’s policies? View from the settlements

'Happy birthday, Mr President, the future is with us too,' a young boy from Forbach in east Lothringen says in a celebratory video, before the men behind him start to play the Marseillaise – with a twist; their gypsy jazz rendition of the French national anthem is enhanced with the sound of guitars and violins. The French union of gypsy associations ('union française des associations tsiganes', UFAT), are welcoming Francoise Hollande just after he wins the French presidential elections on 6 May, but will all the Sintiand Kale (defined as 'Roma' under a2010 council of Europe declaration- ed) extend him such a warm welcome?

No end to 'wild squatting'

Germain Mignot is the coordinator of doctors without borders in Strasbourg. His office is right next to Place de la Republique, in the heart of the city. His Roma patients say they are happy that outgoing president Nicolas Sarkozy was not re-elected for a second term in 2012. Even though the majority don’t own a television or a computer, they had been at least informed of Sarkozy’s three-minute speech in Grenoble in 2010, when he asked his interior minister publicly to ‘put an end to the wild squatting and camping of the Roma’. Deportations, discrimination and clearing up settlements were the order of the day in the pre-election period in France.

Strasbourg is not only home to Roma from eastern Europe, but to Sinti (Manouches), who mostly come from the Alsace region and German-speaking Benelux countries, and also Kale, who are sometimes nicknamed the ‘Spaniards’ (‘les Espagnols’ in French) because of their origins. Germain makes several crosses on a city map of Strasbourg to show me where the Roma, Sinti and Kale mostly live.

All for François Hollande, Hollande for all 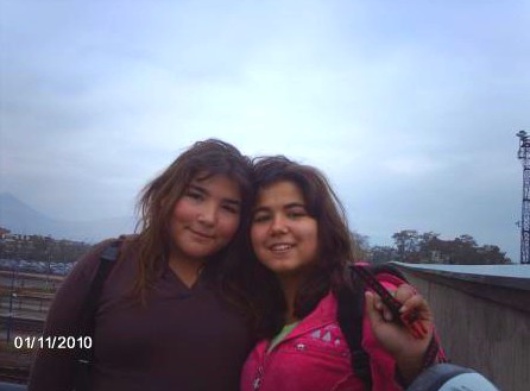 The first cross on the map is the Polygone settlement in the south of the city. It’s the only point which is marked for both the Sinti and Kale, who mainly rove around in the summer months. Before I step into the street, a passerby asks me if I know that is an unsafe neighbourhood – ‘What are you looking for?’ he asks, and I reply, ‘the Lupovino association’. To the right there are grey detached houses where a woman is airing a rug. To the left there is an excavator behind the railings, which is removing the debris from the garden outside one of the many red and orange coloured houses. ‘More than 150 families will move here in less than a month,‘ explains Boualem Ayad, vice-president of the Lupovino association. He helps nomad populations settle in Polygone and Alsace. He speaks about how he has managed the planning of the new colourful terraced houses proudly: ‘My task was to find out how people live now and how they want to live,’ he says. Every house comes with a caravan space and can be heated with wood, which can be gathered in the woods in case of emergency, for example if there is no more money left. However, Boualem emphasises that this project only works because of an exceptionally good collaboration between Lupovino and the authorities.

The settlement lies behind the rows of new houses, looking as it has over the last four decades: there are self-built houses with flower tubs, a few caravans, as well as two or three dogs and chickens. Patricia is speaking with a neighbour in Sinti in the front garden of her wooden house. ‘Actually we were all supporting Hollande here,’ she says of the new president of France, although she is not so optimistic about the future. ‘They’re all the same once they are elected,’ she comments. Tamara is in her early forties and lives with her husband in a caravan and a container. She is happy that there will now an end to the ‘gift’ that Sarkozy extended to the country’s wealthy; Hollande, she says, will concern the nations’ affairs more around the poor, like herself. However she does not like like the idea of homosexual marriage so much, as it goes against her protestant religion. Deeper in Polygone, an older woman is sweeping her doorstep. She calls the new French president crazy. ‘He is crazy to open up borders. All the Arabs will come through and there will be less aid for us French people.’ Yet she has less of a problem with open borders with Germany: she finds the neighbouring country beautiful and enjoys walks in the Black Forest, not to mention that the shopping is cheaper.

In the 'caravan of stereotypes’, which was installed for a local festival in Schulmeister park around the corner, the exhibition dress is missing - it was stolen last year. It looks rather familiar to a flamenco dress, quite rightly as the flamenco tradition is closely tied to the Kale customs. In front of the caravan I meet Lindo, who is wearing a black hat. He introduces himself as Antoine. He will be signing up for one of the new houses in Polygane next week. He then wants to move into a flat into another neighbourhood if possible; he does not like the fact that everyone speaks the same languages in Polygane, which close off the communities. Lindo says he is anchored in the ‘work world’, whilst others only turn to the bottle. I want to contradict him; what about the young man I met who sell T-shirts in the market, or the father of a young family who gave me a bath crocodile as a present, after fashioning it out of the toys that he sells at the markets? 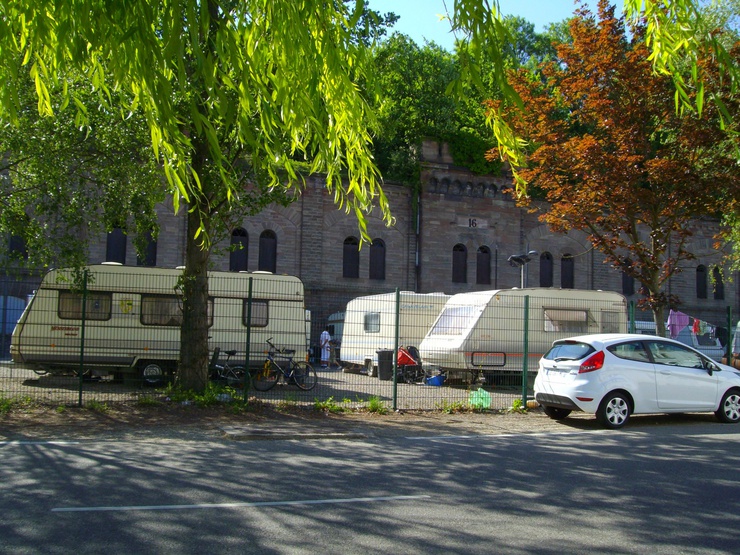 The last cross on the city map is Espace-16, the only legal Roma settlement behind the main train station. Some twenty families live here in white caravans sealed off with a high red fence, with a sign saying: ‘No trespassing’. Behind the fence a young woman who looks to be around my age is carrying her four-year-old daughter. ‘We need a work permit, and that won’t change under Hollande,’ she says bitterly, as my telephone provider sends me a delayed message: ‘Welcome to the EU’.