Nearly nine months after Britain's third largest party and partner in the Conservative coalition government were punished at the general election, we take a look at what role the party may still have to play in UK politics. Is the use of the #LibDemFightback hashtag on social media wishful thinking, or the start of a long slow return to the UK political scene?

On the 8th of May 2015, a day after the British general election, Nick Clegg, leader of the Liberal Democrats – formerly the UK’s third largest party and government coalition partner to David Cameron's Conservatives – resigned. Though Clegg marginally retained his Westminster seat, he had witnessed his party’s MPs reduced from a healthy 57 to an emaciated eight. The Lib Dems had come close to wipe-out, if not quite undergoing a complete existential crisis.

In his excellent resignation speech that morning – incongruous with the rest of the campaign – Clegg stated: "One thing seems to me to be clear: liberalism, here, as well as across Europe, is not faring well against the politics of fear." This was a noteworthy and powerfully delivered sentiment, however belated and useless in the context of the election result. 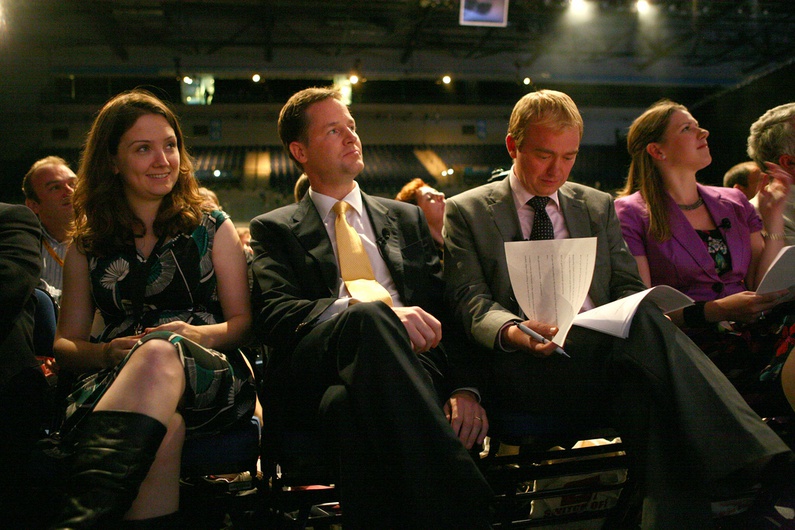 For Clegg, if the Lib Dems were to continue being a significant political force, the party would need to articulate a complex and difficult message heeding those words: one still rooted in the political centre, in morals, abstract ideas and absolutes. Importantly, this message would have to translate into electoral success, enticing young people who had turned away from the party while assuaging the fears of general voters.

The Conservatives, after all, had edged toward an overall majority partly due to the electorate’s concerns regarding a coalition between Labour and the Scottish National Party, economic security and the spectre of Labour’s then leader, Ed Miliband, becoming Prime Minister. Often, in national elections, fear reigns supreme.

The voice of liberalism?

In his speech, Clegg’s allusion to the polarised political situation across Europe – he could have had in mind the likes of Greece’s Syriza and Spain’s Podemos on the left, and Hungary’s Jobbik and France’s Front National on the right – proved immediately prescient regarding matters closer to home. Jeremy Corbyn, an erstwhile, disloyal and peripheral backbencher, won the Labour leadership election with a candid left wing agenda that resonated strongly with Labour’s rank-and-file membership.

The Lib Dem leadership election was by comparison a civil, even tepid affair, with only two candidates jostling for the vacancy: Tim Farron and Norman Lamb. Farron triumphed, a feel-good alternative (like Corbyn) elected to cleanse the party of its toxic Tory associations post-Coalition.

Untainted by a ministry job in the previous government, Farron had a modest media profile, a tailored man-of-the-people shtick and an ostensibly decorated CV that included Lib Dem party president – a position of definite ceremony but ill-defined importance. Moreover, he looked like a cross between an Aardman-animated ferret and a sceptical-expression emoji.

Any desire on Farron’s part to shift his party to left, however, was deflated by Corbyn’s rise. Farron, a man in possession of an inscrutable melancholy behind his rictus grin, would have to speak eloquently from the liberal centre ground apparently vacated by Labour, despite his instincts to disavow centrist rhetoric and policy prescriptions.

Joshua Dixon, member of the Lib Dem federal executive and a defeated general election candidate, talked about how Farron has been attempting to fill this political vacuum, by articulating a "vision for a more liberal Britain in defiance of an increasingly cruel Conservative government and an inward looking Labour opposition." He added that the party has tried to appeal to "instinctively liberal" young people.

The voice of the youth?

Such young people, like Maria (24), a film runner who had previously supported the Lib Dems, felt that the party "losing its main policy was unforgivable" – alluding to their support for tuition fee increases while in government after promising not to do the opposite in their manifesto. Before coalition, the Lib Dems were seen as a party who understood how proportional government worked – now, the party appears feeble or, worse, deceitful.

Nick Clegg did, however, apologise. In song!

Caron Lindsay, editor of Liberal Democrat Voice – a blog for party members and activists – spoke of the party’s high-minded aims: "We are at heart an internationalist, planet-saving, establishment-busting party that stands up for freedom and human rights." Farron has matched this rhetoric by emphasising issues such as the plight of refugee, affordable housing, and Europe and the EU referendum (the party, according to Lindsay, has "a joyously unequivocal pro-EU stance").

At the Lib Dem autumn conference last year, Farron adopted #LibDemFightback as the party’s new political mantra. The twitter slogan was delivered by an actual gospel choir composed of loyal supporters. Cynics might have suggested that this chant appeared hollow and, perhaps, slightly poignant.

Senior Lib Dems claimed that this newfound optimism was based on fact: 20,000 new members joined in the aftermath of the election. Farron suggested talks with Labour moderates dissatisfied with Corbyn’s leadership, and the party had notched the odd victory in local by-elections.

As Labour will testify, a growing membership does not necessarily translate into increased public popularity: Lib Dem polling data peaks at around 9%. Farron’s much mooted discussions with disenchanted Labour MPs amounted to a total of zero defections to his party. Local by-elections are tit-for-tat and suffer chronically from low participation.

Sporadic Lib Dem victories are often due to a synergy of factors, including strong local organisation or experienced, popular candidates. This can extend to a national level: Frank (23), a university student, voted for the Lib Dems at the last general election because Norman Lamb, the other leadership candidate, was a "good local MP".

The voice of anybody?

A current major problem for the Lib Dems is that "they seem to be off the radar", as Maria noted. In the same vein, the only thing that Frank had read about the Lib Dems recently is that Farron’s favourite band is Prefab Sprout. While the fratricidal tendencies of both Labour and Conservative MPs dominate the news agenda, the Lib Dems are struggling to be noticed.

One example: at Prime Minster's Questions last month, Farron, eager and salivating, readied a question for David Cameron. As the Speaker called his name, before he was able to open his mouth, one MP shouted to the chamber: "Who?"