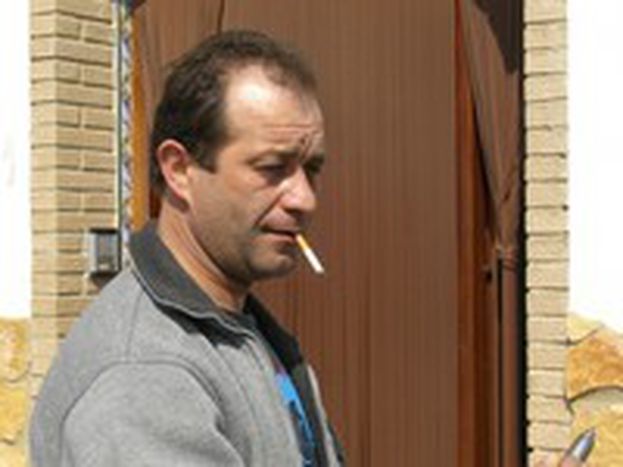 “I came in 2002 on a tourist visa [a maximum 3-month stay], to see what the country was like before setting up home here,” Roméo says in crystal-clear Spanish. We are in a typical small bar-restaurant, an hour from Valencia, sitting at a table covered with beers and a plate of ham and cheese. “When I got off at Valencia bus station, I didn’t have much with me and I didn’t speak a word of Spanish. Still, I had learnt English, German and French!” he laughs. “I managed to teach myself the language. If you use it every day, Castilian isn’t too difficult.” His main priority was to find a job. “I started by picking almonds in the village. The first few nights, I slept outside because I couldn’t afford to pay for a hotel.”

On his return to Calarasi, his home town some 120km from Bucharest, Roméo tells his wife about the contacts he had made and the future opportunities to be found in Spain. His decision is taken; he’s going to return to Valencia. His step is justified because of the unstable work situation in Romania. “Then I can offer my family a different future.” In post-Communist Romania, the dream is built by looking abroad.

Returning to the Iberian Peninsula, Roméo turns to the people he met during his first stay and soon finds work on the vines. “In Spain, I’ve never been unemployed. That was good, because I didn’t have any rights; I was not even allowed to be here.” Bit by bit, he meets a farmer who needs someone he can trust to watch over his henhouses and the upkeep of his barns. Roméo leaves the vines and moves village to set up home in Titaguas. His salary rises from 650 to 950 euros per month and he gets on-site accommodation. “It’s exhausting work. I have to work on the fans at any time of the day or night because the young hens don’t like excessive heat.”

“The people have always been welcoming and nice,” he says. “I’ve never needed to hide and have never been discriminated against since I arrived in Spain.” Some months are harder than others. Half of his salary is sent back to his family in Romania. “Although my wife works, she finds it difficult to make ends meet. I’ve got a son from my first marriage and I have to pay for his education to guarantee him a future. Also, my father is diabetic and his medical treatment is expensive, so the people left behind can’t cope financially.”

Roméo’s status changed when an amnesty was declared by the Spanish government last year. His employer agreed to give him a contract and the illegal immigrant became a “resident”. “It was a real lifeline,” he says. “Now I can set my plans in stone. I can go to Romania without any problems and my wife will soon come and see how I live and what we can do here together.” He feels Spanish, even if he has not severed his ties with Romania.

Above all, though, he has the same rights as everyone else. “I can build a life again like the one I had in Romania. I can have a car, a flat, etc. I’ve become a plumber. The conditions are easier and my boss is a friend. I’ve even joined a band and I’m the drummer.”

Are there some things that he doesn’t like in Spain? “The regional languages are a real headache for foreigners and are an obstacle to integrating.” He pauses for breath and starts again. “Once, I was stopped by the Civil Guard and they fined me 450 euros for having the wrong driving licence. It was nothing to do with the fact that I was there illegally, just that my driving licence was wrong!” Roméo clearly doesn’t want to carry on with this line of conversation and criticise his new home. “I think I’ve been very lucky,” he says discreetly. “There are things that could be improved, like anywhere, but I know where I’ve come from.”

In 2007, Romania will join the EU. For Roméo, “the country is rebuilding and getting over the trauma of Communism. There is still a lot of infrastructure missing, but joining the EU will be beneficial, as it was for Spain 20 years ago.” He is sorry to have “lost contact with the reality over there. For 4 years now, I’ve been a Romanian-Spanish hybrid.” So, why then, did he choose Spain? “Romanians and Spaniards, we’re all Latins, we understand each other easily and you can’t put a price on that.”