The Internet: A Virtual Road to EU Success?

Can the Internet’s instincts of crossing global boundaries conquer the problems of political apathy and democratic deficits in the EU? 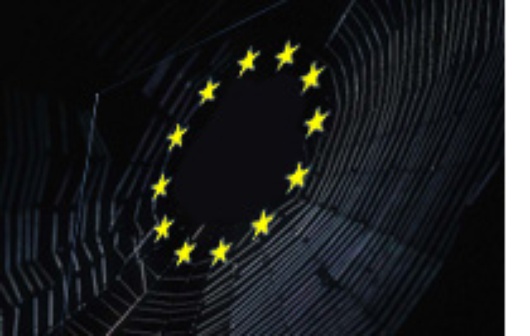 What is most striking about the question of the Internet and politics is just how much of the latter is on the former. Reams and reams of virtual pages are dedicated to the topic and that’s just using the most basic of search terminology. This becomes all the more provocative when it is considered how little the Internet seems to be mentioned in politics.

Yet loud voices persist that the Internet is the saviour of modern day politics, valiantly battling the politician’s dreaded enemies of low voter turn out and political apathy; and few governing bodies are as familiar with these trends as the EU.

E-government and e-democracy are argued to improve participation and bring politics back to the people. It appeals to a younger generation of technophiles whom the politicians are trying to attract for the sake of the future. Not only is the world wide web probably the largest data base on this planet, it, unlike television and print media, is interactive according to its supporters, one of these being Erkki Liikanen, the ex-European Commissioner for Enterprise and Information Society.

The US – Leaders of the e-pack?

The US leads us in this innovative era. It was the first country to use the Internet to support a politician’s campaign, the would-be presidential candidate Howard Dean. Weblogs were set up where the hopeful and his public could communicate with each other; ostensibly creating a chance for open dialogue that is almost unheard of today. The power of the Internet to promote politics can also be seen in the incredible success of Meetup.com, a cyber gathering spot for people all across the States who want to converse about anything. Yet, it is politics that has proved the most popular topic and the site is used as a place where people can vent, exchange information and rally together.

It is this potential for turning ‘talking’ into doing that makes Dr James Moore, a Harvard graduate who concentrated his thesis on this very issue, confident of calling the Internet and e-technology the ‘Second Superpower’. He cites the way in which forums on the Internet helped people in the US form massive protests against the war in Iraq in order to demonstrate their will.

Logically, there seems no reason why such proven potential cannot be swept across the waters over to the EU. A European meetup.com could give rise to non-cyber eventualities of increased participation in developmental and political organisations, as well as giving people a greater reason to jump national boundaries - sometimes enforced by oceans – to unite together. Here, the web of wonders shines again by making more feasible the ideal of free movement that the EU cherishes so. It makes cheap air flights more readily available by slashing out the ‘middle-man’ and by giving airlines a constant catwalk on which to parade their cut-throat deals.

The superpowers of governments

However, as the ‘superpower’ thesis describes, the continuing advancement of this information technology depends in large part on the government. According to a UN survey on e-government, information provision is about as far as even the biggest players of e-technology have reached. But the research claims that true e-governments allow for real interaction with their populations through cyber space, giving the people the ability to make contact through sites, make applications for various needs and assistance, as well as seek and receive further, dependable information quickly. A quick glance discloses that most official EU websites are mainly providers of government and institutional data.

Significantly, the presence of e-governments and hence e-democracy is related to the social, economic and political development of a country. This has serious implications in the case of the developmentally diverse EU, where countries will be on an unequal footing even in this regard.

Not quite there yet: The Internet or the people

No one appears to have explicitly laid out how the Internet would be used to promote greater democracy and participation past a vague notion of e-forums, weblogs and better information provision. There is no clarity with regard to how the information should be regulated so that it is reasonably objective and trustworthy, well presented and not overwhelming in its sheer volume. In the matter of the EU, the obstacles seem insurmountable. A comprehensive set-up of sites with information and interactive forums pertaining to all twenty-five countries in all the major languages used throughout the union smacks of the impossible.

The fact is the technology is not sophisticated enough to make the Internet the interactive Disney World of politics, in any nation, never mind such a complex, heterogeneous entity as the EU. To be honest, we, the people, are not yet sophisticated enough to handle all the implications. The Internet will not miraculously make us recover from political burnout and to suggest so would be to mask the reasons why people are feeling alienated and unwilling.