The inescapable world of bubbles and filters

In 2016, filter bubbles were often described as the culprits responsible for dividing our society. However, it has never been easier to break out of your own personal bubble than it is nowadays. You just have to be willing to do so. Right?

Jonas squints as the telephone rings. Being a freelance graphic designer, he has been sitting in front of his computer screen for hours. Admittedly, not just for work. He hasn’t been able to concentrate on that since around nine o’clock. Instead, he has been clicking endlessly from article to video, from posts to suggested content. “If you liked this article, then you will definitely like this one too.” The election forecasts for the Centre candidate are good; he is the name on everyone’s lips. All the statistics already consider him a winner. Even the papers that Jonas never reads are backing him. Nothing could really go wrong. He closes his eyes.

The next morning, his eyes burned as he heard his phone ring. “Too many screens,” he told himself. He heard his mother on the other end of the line, noticeably flustered: “Jonas, have you seen?” she cried euphorically in his ear. “Your brother is on the front page!” As Jonas opened up his newsfeed that morning, the world collapsed. His world collapsed. Suddenly a ‘populist’ was soon to become leader of the country? How could that be? When all of yesterday’s reports were so positive? And when everyone was fighting against populism? And which paper featured his brother? There was nothing about it on his newsfeed. NOTHING. No populists, no Brexit, no disaster. Only green. Everything was green.

Jonas hadn’t had any contact with his brother for months. They had lost sight of each other. The last time they saw each other, they had arranged to meet each other halfway for breakfast. At some point, his brother said something about the invasion of refugees, which had annoyed Jonas. His brother had recently been representing political opinions which did not sit well with him. He lived in a different area, had different friends, and moved within his own personal bubble - always seeing red. Whereas Jonas only saw green. So he had therefore stopped clicking on his brother’s links, stopped reading his posts, stopped immersing himself in that world. But it still bugged him that he was no longer in the picture, he no longer knew anything at all about his brother. What he was doing, what he was thinking, what he was feeling. Aren’t social networks supposed to bring people together? To connect them?

Jonas felt unfocused and taken advantage of, in a way. These constructed filter bubbles in which we now live… Have we made these bubbles, which speak to our egos, far too comfortable? Algorithms are stealing our ability to debate topics. They are dividing us into a world of halves. 50-50. Even though it has never been easier to break out of your own filter: all it takes is a few clicks and bam - you are already out there, mixing with people you would normally never encounter offline. Being online makes it possible, you just have to want it. 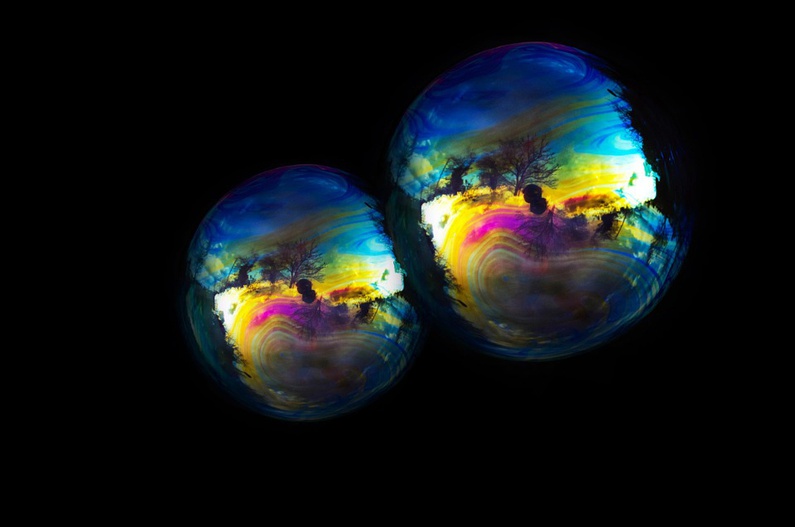 Click. Jonas opened the newspaper’s page, a name that was, until now, unbeknown to him. And there it was: his brother at the top of the homepage, in the front of a demonstration for populist candidates who had just contested the elections. Click. Like. Jonas clocked further and further through his brother’s profile. He clicked on pages that his brother had liked, on photos, on friends, on comments. Like, like, like.

Then Jonas got going. He had made a firm commitment. He wanted to immerse himself in his brother’s world. Not just virtually, but he wanted to get closer to the things his brother was reading. Offline too. He wanted to talk to him again. He reached the outermost edge of his green bubble relatively quickly. But how could he escape? After a short time, he discovered a tiny spiral staircase. And a miniscule, almost invisible door. He had never noticed the door before. Was he only seeing it now because he wanted to get out? One thing was certain, he had never tried it. “Well, it was enough just to want it,” thought Jonas. He was already on the outside. 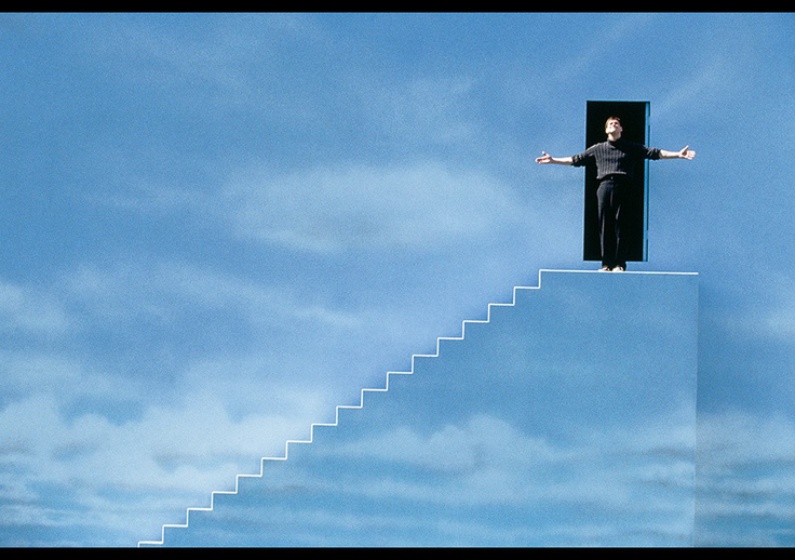 Despite the algorithms, he was able to leave the green bubble behind him because he wanted to. He felt good: in control of his life. He hopped on the next available tube and travelled to his brother’s neighbourhood. “Hasn’t conflict always tiring?” he asked himself. Don’t you feel more comfortable with like-minded people? Weren’t friendship groups and family traditions the algorithms of the past? We have always read media and surrounded ourselves with people who share our political colour and similar convictions.

As Jonas finally arrived in his brother’s neighbourhood, he paused for a moment. He had not been here for so long. He wondered if the old kiosk was still round the corner, where they had spent countless hours? Before calling his brother, he wanted to buy a copy of the paper featuring him on this morning’s front page. It would only be a small gesture; he wanted to show his brother that he was ready to understand him. But when he turned the corner, where the kiosk was still standing, all the magazines were green – just like him.

Translated from Fernweh in der Filterblase