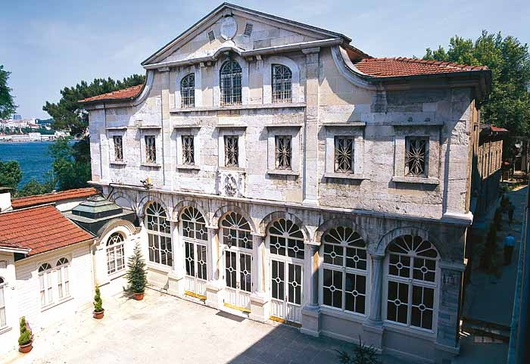 Even thought the Greek Orthodox minority of Istanbul received a series of guarantees from the Lausanne Treaty of 1923, several events since the 1930’s (mostly linked to Cyprus) led to the diminishing of the community from almost 140,000 people in 1923 to less than 2,000-3,000 today. Turkey, with a series of laws took measures against the community by preventing Greeks from exercising specific trades and professions[1]. The most important measures were the 1932 parliamentary law and the 1942 Whealthy Levy[2] (Varlik Vergisi). However, it is of no doubt that the most catastrophic moments in the minority’s modern history were the Pogrom in September 1955 and the 1964-65 deportation of the Greek citizens of Istanbul. After these events the minority was shrunken to less than 3,000 today.  It is also important to stress that several measures were token in Imvros and Tenedos as well, which resulted to the actual destruction of the Greek communities which were predominant in these islands in 1923[3].

As for the Ecumenical Patriarchate, which is supposed to be the ‘spiritual guide’ of the Greek Orthodox community of Istanbul under the Lausanne Treaty, three are the major problems: the first one is the Holy Theological School in Halki (Heybeliada) which was shut down in 1971 and since then the Patriarchate calls for its re-opening. The actual problem which arises is that the Theological School is vital for the Patriarchate to exist, since there it can trains its clergy. Furthermore, since the Turkish law demands that the Patriarch has to be Turkish citizen by birth it can be assumed that with the Halki School closed it is impossible for the Ecumenical Patriarchate to train its prospective Patriarchs. The second major problem is found in Turkey’s denial of a legal personality for the Ecumenical Patriarchate. The imminent effect of this denial is that actually the Patriarchate has no ownership rights. Furthermore,according to a 1974 Turkish Supreme Court of Appeals (Yargitay) decision, the Turkish state does not recognize properties which have been donated after 1936 to religious foundations and whose constitutive document does not explicitly mention the right to acquire property.Also, many Greek Orthodox cemeteries are being ruled by the Turkish local authorities in violation of the Lausanne Treaty (Article 42) and pursuant to Article 160 of the Law on Local Government. Finally, the last problem which the Ecumenical Patriarchate faces is the non-recognition of the Patriarchates ecumenical nature by the Turkish authorities. Turkey suggests that the Patriarchate in Istanbul serves only the Greeks of Turkey and terms such as ecumenical are threatening the sovereignty and the laicité of the Turkish state. However the term ecumenical is not related to politics. It is a clear spiritual and religious title which was given to the Patriarchate of Constantinople (Istanbul) during the 6 century A.D. The peculiarity of the Turkish refusal is that the ecumenical nature of the Patriarchate is been recognized worldwide and the bishop whom they regard as a local is recognized as the spiritual leader of more than 300,000,000 Orthodox Christians around the world.   In terms of operation, the refusal of its ecumenicity prevents the Patriarchate from accepting deacons from outside of Turkey who can permanently work and settle themselves in Turkey.

Consequences from the rapprochement for the minority in Istanbul

As we have seen, the rapprochement process between the two countries helped a lot to the creation of a more ‘constructive’ environment in order to reach a final settlement in the bilateral problems. Regarding the ‘stricto sensu’ minority problems we can see that things do not seem to have been better for the Greek minority in Istanbul.  The problems are still there, and the fact that Turkey treats the Greek minority in Istanbul under a mindset of reciprocity of the Greek state towards the Muslim minority in Greece leads is heavily paradoxical. The reason I am suggesting this is that minority members in Istanbul are Turkish citizens of Greek origin and therefore Turkey shouldn’t demand ‘exchanges’ from Greece and vice versa. By doing so, both countries are alienating the minorities and actually they lead them to seek assistance from outside, which of course perplexes even more the bilateral relations of these countries. Furthermore, in the case of Turkey I still insist that its attitude towards the minority and especially the Ecumenical Patriarchate is totally insane. The very reason I am suggesting this, is that actually it is for Turkey’s national interests to promote the Ecumenical Patriarchate. One the one hand this would make it easier to diminish its ‘Greek’ character in favor of its ‘ecumenicity’ and on the other hand Turkey would receive credentials as an example of a muslim country which respects minorities and is also the base of an international institution. The latter certainly would improve Turkeys profile as an EU candidate member state.  During December 2009 the Turkish Ministry of Education announced that there is an ongoing process for the re-opening of the Greek Orthodox Theological School in Halki[4], an event which certainly is a positive one. However, I suggest that it was not the rapprochement process which helps the Patriarchate to improve its situation rather than the charismatic personality of Ecumenical Patriarch Bartholomew I. His international magnitude as well as his efforts against climate change ( The so called ‘Green’ Patriarch) and his role in order to open a dialogue with other Christian churches and Islam certainly created a lot of international pressure to Turkey in order to settle the issue[5].

The Halki Theological School which remains closed since 1971. As for the properties of the Greek community and the Patriarchate things seem to be hopeful. The Turkish law which was voted by the Turkish National Assembly makes on February 2008 in order for the country to comply with EU legislation. The ‘‘law 5555’’ certainly helps the situation regarding the properties owned by minorities (which had been confiscated by the Turkish state) however both the EU and the minorities suggest that there are more which are needed to be done. In addition to that, Turkey’s conviction in the ‘Fokas case’[6] created a precedent for members of the Greek community in order to assert their properties.

The Panagia Soumela Monastery near Trebizond, a symbol for the Pontian Greeks Also the Ministry of Culture announced that once a year, a divine liturgy will be allowed to the Panagia Soumela Orthodox Monastery in the Trebizond area[7], a symbol for the refugees of 1922. Certainly many can argue that these moves are only to impress, however if the rapprochement process was not the strategic doctrine in the bilateral relations, nothing of these symbolic moves would have been achieved.

Aydin, M. and Ifantis, K. (eds)(2004) Turkish-Greek Relations: Escaping from the Security Dilemma in theAegean. London, Routledge.Constas, D. (1999) The Greek-Turkish Conflict in the 1990s. London: Macmillan, 1999. Hale, W. (2000) Turkish Foreign Policy, 1774-2000. London, Frank Cass, 2000.  Holland, Robert. "The Struggle for Mastery, 4 October 1955–9 March 1956," Britain and the Revolt in Cyprus, 1954–59, Oxford: Clarendon Press, 1998 Keridis, D. and Triantaphyllou, D. (eds), Greek-Turkish-Relations in the Era of Globalization, London, Brasseys, 2001. Ker-Lindsay, J., Crisis and Conciliation: A Year of Rapprochement between Greece and Turkey, London, I.B. Tauris, 2007.[1]Speros Vryonis, Jr. The Mechanism of Catastrophe: The Turkish Pogrom of September 6–7, 1955, and the Destruction of the Greek Community of Istanbul, New York:  2005 [2]Holland, Robert. "The Struggle for Mastery, 4 October 1955–9 March 1956," Britain and the Revolt in Cyprus, 1954–59, Oxford: Clarendon Press, 1998, pp. 75–77. [3] Imvros and Tenedos are located next to the Dardanelles (Canakalle). Both of the islands were inhabited by Greek people who numbered 8,000 and 5,000 respectively. The islands were captured by the Greek navy during the First Balkan War in 1913 and after 12 years of Greek administration were given to Turkey under the Treaty of Lausanne (article 14) because of their strategic importance. Even thought the Greeks of these islands were protected under the Treaty and had a series of rights and privileges, Turkish authorities violated the Treaty by establishing in Imvros an open jail and by expropriating 95% of the arable land which belonged to the Greeks. Today Greeks in Imvros are 400 people and in Tenedos almost 200. [4] The Holy Theological School of Halki was closed in 1971 by the Turkish authorities according to a law which forbids private universities from functioning.  Since 1998 the issue took an international aspect since the US Congress passed resolutions which supported the re-opening of the School. The Theological School is considered of vital importance for the continuation of the Ecumenical Patriarchate to exist, since it is the only place where future Patriarchs can be trained. For more information about the issue check http://www.patriarchate.org/patriarchate/monasteries-churches/halki.  Also visit mfa.gr and mfa.gov.tr to see the respective approaches for the issue from both countries. [5] Bartholomew’s interview in channel CBS in December 2009, when he stated that he feels ‘crucified’ and ‘second class citizen’ had a strong impact in the American society and resulted to the expression of international sympathy towards the Patriarchate. Also, various voices in Turkey stated that it is for Turkey’s interest to promote the Ecumenical Patriarchate.    [6] The Fokas brothers who are living in Katerini, Greece were deprived from their right to inherit their sister Polixeni Pistika (died in 2000), according to the presidential decree of 1964 which confiscated Greek properties. After an 18-year judicial marathon, the two brothers were vindicated by the European Court of Human Rights on September 2009. The Court unanimously demanded from Turkey to return the property to its owners or to reimburse them with the amount of 19 million Euros. Since the Court decided unanimously (even the Turkish judge voted for), Turkey is deprived of its right to exercise appeal.  [7] The announcement was made by the Minister of Culture of Turkey in late 2009 and involved the re-opening of the Armenian Church in Lake Van as well as the opening of Panagia Sumela once a year for liturgy.