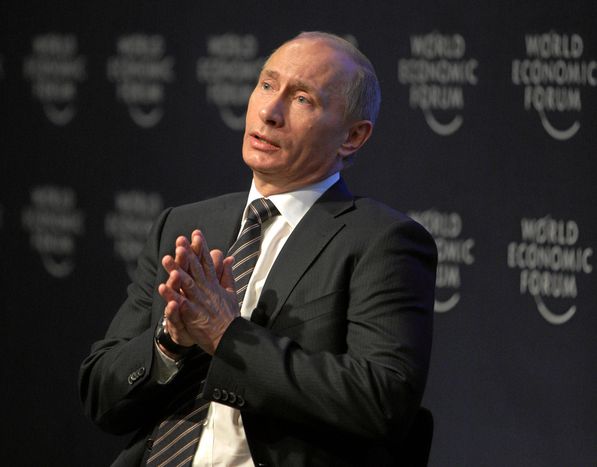 The Great Russian Bear: Stocking up for Winter

The time has come to shatter the illusion that Vladimir Putin would turn his back on his grand dreams of reviving the Russian Empire. There are no limits to his daring political aims and he will not lay down his arms until all of them are realised.

Vladimir Putin dreams about restoring Russia to its former tsarist glory — nobody can doubt that. As a scientist and a lecturer at the University of the Sorbonne, Michel Heller claims in his History of Russian Empire that there can be no Russian dominion without Ukraine. Devouring Ukraine would not only give Russia access to the Black Sea and the endless riches from the Ukrainian soil, but it would also prove that Moscow is a legal heir of the Kievan Rus' (A historical union between Slavic nations that endured from the 9th to 13th century — Ed).

Why are you surprised? – asks the European Union 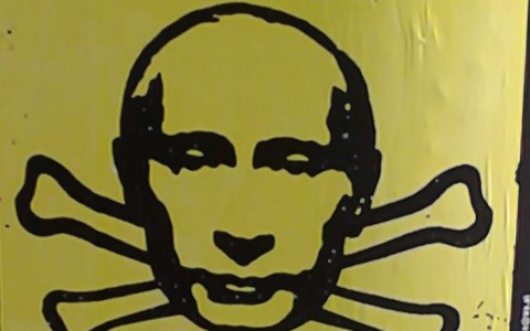 It certainly is very difficult to perceive any logic in something that one considers illogical. This is exactly why the West fails to understand Putin’s manoeuvres. The Kremlin’s politics are as much about economic benefit as it is about ambition, hurt pride and the desire for autocratic rule. Somehow the EU leaders stubbornly turn a blind eye to Russia’s alarming operations — all in the name of profit. The blindness and the lack of judgement most severely affects Germany and France, who refuse to wave the weapon delivery contracts they signed with Russia. Great Britain and the United States, who along with Russia (sic!) are the guarantors of Ukraine’s independence, also suffer from this curious disease.

We should not forget that in 1992, Ukraine was forced to disarm its military forces, do away with the military equipment and arsenal (also nuclear) in exchange for a fragile independence granted by the three most powerful international politics players: Russia (a shadow of its former Soviet Union self), the United Kingdom (Europe’s envoy) and the United States (the world’s policeman). Did it do Ukraine any good? The 'white convoy' that has recently entered its territory has proven that the 1992 treaty was nothing but empty promises.

The Russians aim to reconstruct the so-called Novorossia – a term used at the end of the 18th century to refer to the south-eastern part of modern Ukraine, when Catherine the Great started the colonisation of these lands. Novorossia is to be independent only in theory, while in practice, the strings would be pulled by Kremlin. The control over Novorossia would ensure Russia's economic, territorial and cultural dominance. Quoting Russian propaganda, incorporating said territory into the great Russian dominion is merely bringing children home – returning the tsars’ lost heritage to its motherland. The conquest, however, would also have a more down-to-earth outcome, namely it would open up a “North-West” passage to Kiev for the Russian army. Seizing the Ukrainian capital, the first borough of Kievan Rus, and preserving it for posterity has been Putin and Lawrow’s longstanding overt goal. However, the presence of Russian troops in Ukraine has never preserved anything for anybody.

Apparently, Putin would see Ukraine split into two narrow strips of land: western Ukraine and Transcarpathia, which are of no more interest to him than they were to the Russian tsars partitioning Poland in the second half of the 18th century.

How much are the promises made in Budapest in 1994 by Great Britain and the United States worth? Estonia, Latvia and Lithuania, former Soviet satellites, may find that out sooner than they would wish. Like Ukraine, the Baltic countries don’t stand a chance against the Great Bear alone. With insufficient military equipment, they remain defenceless in the presence of a man, who wouldn’t hesitate to drop an atomic bomb on Warsaw. When in Rome, do as the Romans do – except this man is not in Rome and Rome should finally realise that. 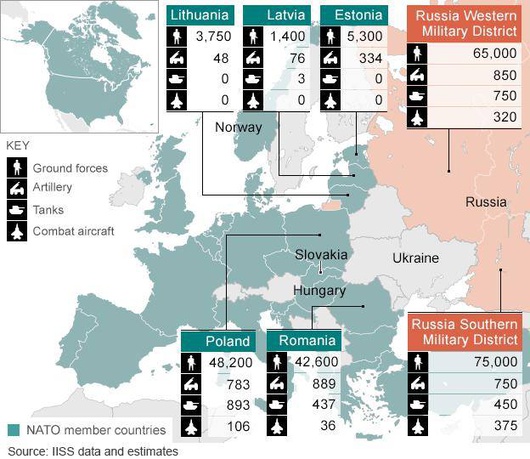 Alas, the EU members fail to comprehend the facts that stare them in the face: Russian politics was neither talked into existence in Greece, Rome or ancient Italian states, nor coined by the Hanseatic League towns or French philosophers. It was forged in Asia. Russia remained under Mongolian, and, therefore, Chinese influence for years. When the English revolution was well underway, Russian settlers were cut off from the Western thought busy conquering the vast lands of Siberia all the way up to the Pacific coast. The hardship of Siberian life shaped Russian culture as well as its politics. Hundreds of years later, the same autocratic rule, which reigned in Siberia, is mistaken with charisma and political wit that make a trustworthy politician today. Let us hope the Old Continent will be allowed to make some more of its grand mistakes, for we should remember that a lone Ukraine will fall prey to the Great Russian Bear just as Abhkazia, Ossetia and Georgia did. A word to the wise – even Germany should be on its guard. Who knows, the smallest of Russian communities from some teenie weenie German town may suddenly come to the conclusion it’s being subjected to racial discrimination and scream out for help to its beloved Russian motherland.