The Gordon Brown wall: a British stone in the shoe of European socialism

We have witnessed the fall of the Berlin Wall and of Wall Street, but the British Labour Party still stands firmly in the way of the ability of the Party of European Socialists to present itself as a credible alternative to the conservative majority ruling Europe.

The conspicious absense of Gordon Brown at the decisive Council of European Socialists in Madrid, the launch of the party’s strategy for the European elections, is a bad sign for the socialist family. The truth is that the way things are going there will be no alternative candidate to the conservative Durão Barroso, and it is the Labour Party that is to blame. 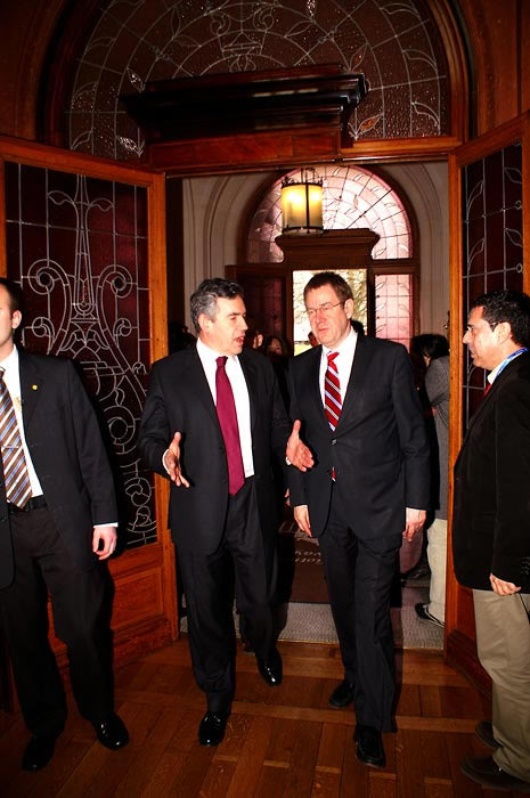 If socialist leadership and European democracy are stuck in a rut this is certainly not the fault of the President of the PES, Poul Nils Rasmussen, thanks to whose organisation of the impeccable Council of European Socialists in Madrid the electoral manifesto was passed unanimously. With universal, seamless support. A very different panorama to that of the European Liberals, whose manifesto was passed with a small mayority of 120 votes in favour and 80 against.The European socialists have made a great show of strength in Madrid with a tremendous political-pedagogical event; the wind of the financial crisis in their sails, they have been able to count on the support and presence of José Luis Rodríguez Zapatero and socialist leaders from across Europe, with the exception of Gordon Brown. The atmosphere was extremely upbeat, although more restrained amongst Labour ranks. Not because they felt like political orphans without a leader - the booming, enveloping voice of President Poul Nils Rasmussen resounded masterfully over the four days of activities - but because their support for the PES remains somewhat half-hearted. 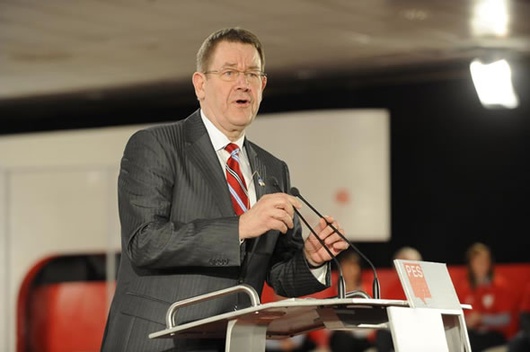 Admittedly, it’s true that the British supported the PES manifesto-programme and its 70 concrete electoral measures. But in private they recognise with few qualms that for the Labour Party the EU is little more than another NATO, one more organisation: little to do with politics or integration. They point out that the campaign planned in the UK will be based on national issues; quite distinct from the one presented in Madrid by the PES, it will be focused on local topics. It boils down to an attitute little less provincial than that of Czech, Italian or British conservatives. As provincial as those French who take such delight in criticising the British for their bitter chauvanism. And to crown it all they conclude that the European campaign is not for them; that when it comes to the question of the leadership of the Commission, well, “better the devil you know”. 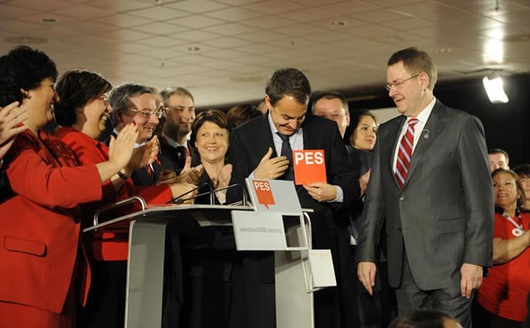 No, we can’t… not with a wall in the way

As such, it is going to be difficult to present a candidate for Barroso’s job. How can the socialists run the risk of putting forward Rasmussen as the personification of the campaign for change in Europe, however much “Yes we can” they invoke at every possible moment, if, when it comes down to it, Gordon Brown aligns himself with the liberals and conservatives in support of Barroso? The risk is too great and, whilst José Socrates, Zapatero, Gusenbauer and Martine Aubry have indicated their enthusiasm for a Socialist candidate for the presidency of the Commission, they will not take another step forward until the third wall falls: Gordon Brown.

The socialists say that the crisis is not cyclical, but cataclysmic. They say that it is time to put an end to the privatisation of profits and nationalisation of losses. Aubry upholds the socialist manifesto as the “wealth of those without wealth”. They chorus that after the fall of the Berlin Wall it is now the turn of Wall Street to fall; but who will embody this program so that citizens can identify it with a face, a voice or a recognisable personal engagement? Democracy has always demanded three things for victory at elections: an original programme, a united party and a carismatic, independent leader. The socialists are still lacking two of these conditions if they are to win in June 2009.