The future of the Left under threat in Central Europe

It's not a good time for left-wing parties in Central Europe. Can they survive in the face of a changing electorate and an increasingly right-wing world? 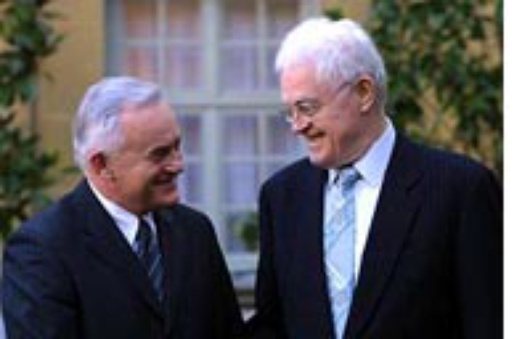 In 2001 and 2002 left-wing parties swept to power in Lithuania, Poland, the Czech Republic and Hungary. Algirdas Brazuaskas was again elected prime minister of Lithuania and Leszek Miller (Democratic Left Alliance, SLD-UP) of Poland. The following year the Hungarian Socialist Party (MSZP) came to power in Hungary and the Czech Social Democratic Party (CSSD) in the Czech Republic.

Then the bad times came. Tough economic decisions and political and corruption scandals led to political earthquakes in 2004. The Czech prime minister Vladimir Spidla resigned following terrible results for the CSSD in the European Parliament elections (8.3% compared to 30% in 2002), and on the eve of enlargement the Polish prime minister resigned in the wake of a series of corruption scandals. Hungarian and Lithuanian left-wing parties also fared badly in the European Parliament elections, although not to the same extent.

The reasons behind the defeats in Poland and Czech Republic are obvious but left-wing parties across the entire region face a bigger challenge. For more than fifteen years most of the support for parties in this region was founded on a post-communist electorate. Divisions in society were rarely based on economic and social issues, but rather were concentrated on historical divisions. Take Poland for example: since 1989 power has alternated between the post-communist SLD and the post-Solidarity parties (SLD: 93-97 and 2001-2005; post-Solidarity: 89-93 and 97-2001).

Now a new electorate has evolved. 15 years after the fall of the Berlin Wall societies in Central Europe are increasingly beginning to choose their political leaders on the grounds of the economic and social political programmes they put forward instead of their parties’ historical heritage. This new electorate is less religious, more open to social issues like abortion and, above all, pays attention to parties’ programmes rather than their sound bites.

Parties have to adjust to this phenomenon and it is causing tension across the regional political scene, not just among left-wing parties. This new but growing, and voting, electorate keeps open mind about all parties. For these voters left-wing parties and the liberals seem to fit the bill best and recent developments show that Lithuania’s new modern electorate is rather taken with the liberal party. However, in Poland a conservative party (PO) is addressing the electorate's concerns best at the moment with its liberal economic program.

If Central European socialists cannot depend on the modern left-leaning electorate, who can they turn to for support? To their traditional electorate, the working class, the poorly-educated and the unemployed? To those who lived better lives under the old regime? How can they when these same parties are jointly responsible for the current poor situation of their poor electorate! Interestingly, this section of the electorate has already drifted towards populist parties which have received more than a third of votes in Lithuania, Poland and Czech Republic. Add to this the somewhat populist attitude towards politics of Hungary’s most popular and historically right-wing Fidesz and the picture is complete.

For over 15 years the socialists did nothing more than alternate power with right-wing parties. They had no new projects, no new ideas, just pure continuity. But this is not just a problem in Central Europe. Across the world the left is going right: Kerry the Warrior could have never run as the Democrat candidate during the 1990s; Blair is continuing the liberal policies Margaret Thatcher introduced; and every French government faces strikes. Everyone is privatising even the Swedes and the Soviets, oops, I mean the Putins, oops, sorry, the Russians.

What does the European Left have to offer? Gay marriages and euthanasia? Once gays can adopt children and there are no nuclear power plants left, than what? Clinton’s motto in 1992 was 'It's the economy, stupid!' But where are the European Left’s economic projects?

But maybe things aren't really that bad. Maybe Europe doesn't even need its socialists any more. The increasing success of the Greens and the Liberals suggests that they could become the 'new' socialists.