Over the past few months, the capital of Macedonia has been filled with vibrant colours, as thousands of people have regularly marched through the streets of the capital, Skopje, and other cities across the country. [OPINION]

For the very first time since the country’s independence from Yugoslavia in 1991, we are seeing Macedonians of different genders, ages and ethnicities protesting in the streets, driven by a common understanding. The atmosphere they are creating is one of euphoria and a desire for positive change.

Shining a light through the prism 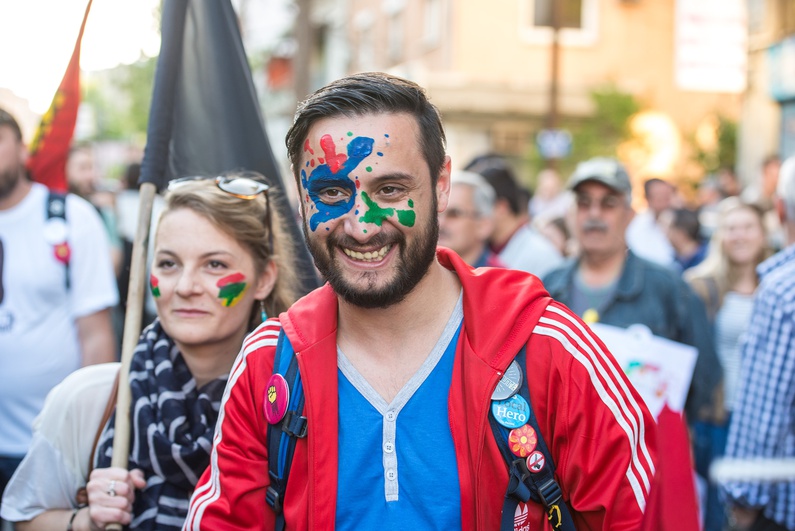 The protests erupted on 12 April 2016 after the country’s president, Gjorge Ivanov, announced that more than 50 officials involved in a wiretapping scandal would be officially pardoned, and the investigation into the alleged illegal telephone surveillance carried out by the government would be halted.

Following this decision, a crucial operation of the Special Public Prosecutor's office was brought to an end: one that had been probing multiple corruption scandals and criminal activities by the political elite. As this was seen by many as the only ray of hope for the future of Macedonia, it had been of utmost importance to preserve it as a functioning institution and continue the battle for democracy and the rule of law.

Over time, the protests have gradually transformed into a revolutionary movement that seeks to highlight and revise the understanding of independence, citizens’ action and collective responsibility in the minds of a majority of Macedonians. Every citizen-led movement has its own defining moments, and the one currently underway in Macedonia is underlined by use of cheerful colour, splashed across the streets, or paintballed onto monuments, statues and buildings created during the Skopje 2014 project – a city-wide, government-led redevelopment project that generated controversy due to its high cost.

The disgust and anger of those protesting stems from the consequences of a decade-long rule by a right-wing, ultranationalist government. The protests are calling for a restructuring of Macedonian society. Daily activism has grown into a phenomenon on a level hitherto largely unknown in the post-Yugoslavian country, where citizen movements have not been significantly practised. Thus, the Colourful Revolution came into being.

A youth movement with wide-reaching support 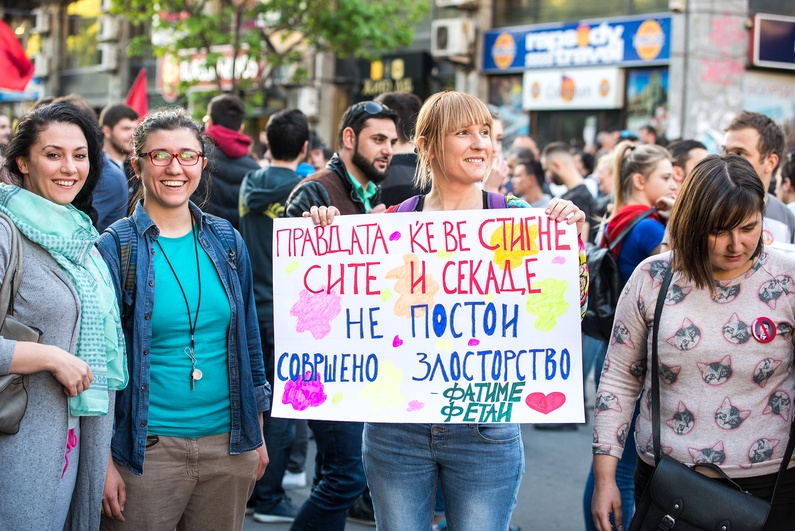 In the end, this revolution did not have just one single raison d’etre, but dozens of political and social issues that have culminated in discontent with the last two decades: increasing social inequality, a selective justice system and political imprisonment, uncontrolled youth emigration, suppressed freedom of speech and expression, a lack of sensible public expenditure, all topped off by hints of electoral fraud by the ruling party. One thing is for sure – this set of values is being visibly degraded, and must be replaced by something else soon.

The young Macedonians, high-schoolers and university students, are the voice of the revolution, but they are not alone in their fight. They are receiving unconditional support from their parents, artists, university professors, experts, NGO activists, Macedonian expat communities and the ordinary citizen who is fed up with a ten-year regime of despotism.

Nevertheless, it was the students who first initiated the long-awaited call for change, back in 2015, by creating autonomous-zones at local campuses and criticising failures in higher education reforms.

The end of the rainbow?

It has been really heart-warming to see Macedonians, especially young ones, standing up for their beliefs and ideals and speaking loudly on behalf of their societies, for the discrepancies that have built up in the country during the transition period.

They have clearly shown that they have progressive views for Macedonia’s future: wise, sensible ideas for solving the major issues, as well as knowledge and methods that can translate these ideas into practice and the determination to lead us to a fairer, better society. If the future belongs to young people who believe in the beauty of their dreams, then the youth of Macedonia can surely identify with this message.