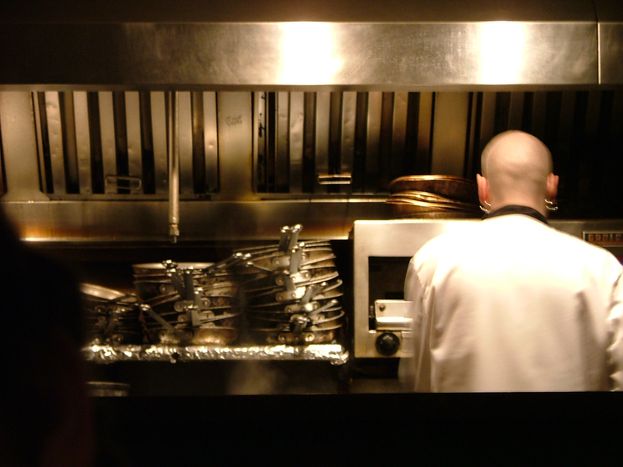 The former bank robber who now feeds the hungry in Bulgaria

Back in the 1990s, he committed a digital heist on a Bulgarian bank which won him over 90,000 euros. After returning the money (and serving his time), Stefan Cholakov now operates in a very different professional field; helping to feed Sofia's homeless population.

"We are not poor, they make us poor," say Stefan Cholakov, while carefully turning the vegetables on the hot grill, where he bakes them. It is evening and the restaurant that he manages in the Bulgarian capital of Sofia is crowded with plenty of hungry people.

Only a few months ago, 40 year old Stefan caused a media sensation when he also began serving to those people who are hungry, but cannot afford food – the homeless. Some time ago he began a system in which he gave leftover food from the restaurant to people in need. Over time he also started preparing warm cream soups for distribution.

Back in the 90s Stefan stole a colossal amount of money from a Bulgarian bank through a complex scheme. The amount was equal to roughly 90,000 euros. "I wanted to massage my ego, to show that I was smarter than the bank", he says, 20 years later. After the virtual robbery Stefan returned the money and turned himself in to the police. He was sentenced to 4 years and 10 months in prison.

Hero of the novel

Stefan Cholakov is like a character in a novel. One is almost convinced of this while reading his biography, he seems like the product of a complex plot. In 1997, when he was 22 years old, he performed his great heist not with a gun, or whilst wearing a sock onto his head, but through a complex and interrelated series of schemes carried out by a network of different individuals. This earned him the gloomy title of the youngest bank robber in the world, at the time.

Today he seemed to feel some sadness when remembering those times because of the stress he experienced, as well as his family, on top of all the wasted time in prison. Much of the Bulgarian media have invited him to their studios over the years, TV presenters have been watching him with a smile, like some kind of exotic parrot singing the French national anthem. Now, after his initiative to feed the homeless became popular, they started inviting him again. 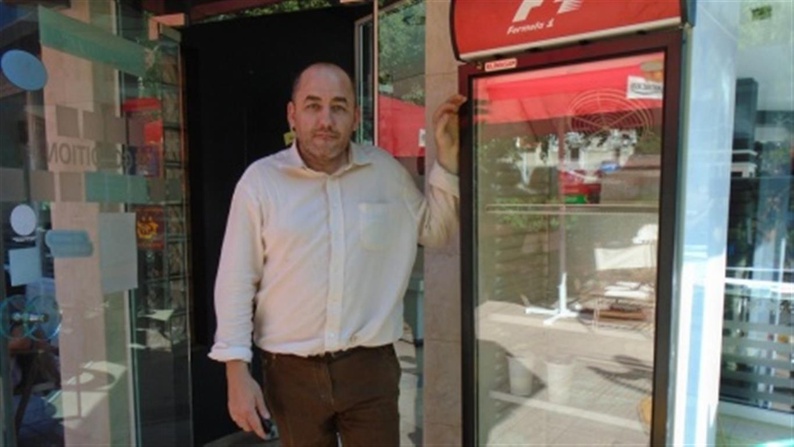 A sceptical Bulgarian proverb says that no good deed remains “unpunished”. However, Stefan seems not to hold the same beliefs. Recently he has set up a refrigerator in front of the restaurant. The device is open around the clock and in it there is a free food for anyone who wishes to take it. At the moment that I write this article, there are as many as 27 free refrigerators around the country, further examples of this initiative. During the time that the idea has been evolving in recent months, the 15-year-old Mino Karadjov joined it. Instead of aimlessly wandering the streets of Sofia feeling unengaged, which is quite normal for a teenager like him, the boy has been busy studying information technology. Together with Stefan, he has created an online platform to help share food: named "If you have given".

While Stefan peels some potatoes with precise movements of the knife, he says something that cuts me. "Most people come to take food from the refrigerator at night, because they are ashamed." He adds that some of those who have been helped in the past have already found a job. One of them works in a nearby bar, and now he donates food himself. Stefan touches upon the rate of suicides due to poverty in the country, the full extent of which cannot be measured, but according to him it is a well-known fact that it occurs.

The new kind of anarchism

"We do things in spite of the state, and because of this we have begun helping each other", Stefan continues. Is this a new kind of anarchism, one of a special Bulgarian variety? When talking about politics, he shares a lot in common with an old-school anarchist, but he is not against the state as such. He just seems to be against the dysfunctional, corrupt sides of the state. 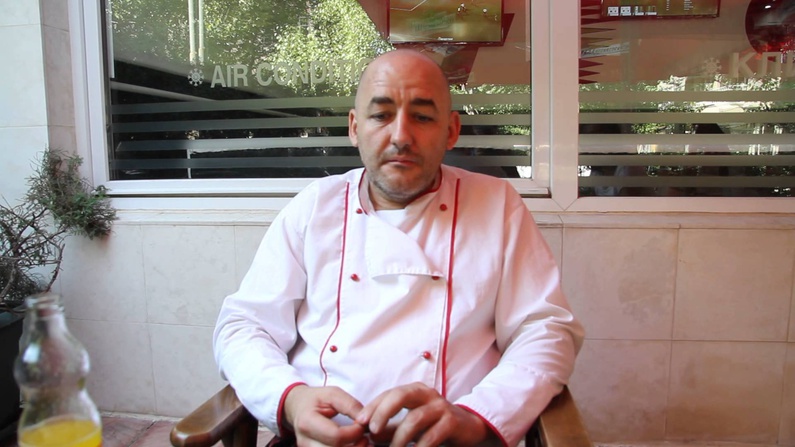 Stefan admits that the activity related to the free refrigerators is not legal because it cannot be controlled by the Bulgarian food agency. Nevertheless, he believes wholeheartedly that a similar initiative is needed regardless. He emphasizes that, officially, he has no documented property (the restaurant is deliberately not his official property although he has invested money in it). He believes he doesn’t need to own anything. "One’s possessions makes him weak," he states simply, taking another order of fries from the waitress as he does so.

"The last 25 years have shown that there is no difference, regardless of who governs us," Stefan says while cutting potatoes. For a moment it's a little intimidating to sit alone in the narrow kitchen with a former bank robber wielding a large butcher knife in his hands. Yet the conversation is also with a philanthropist. Stefan has not voted in the Bulgarian elections since 1996. He says that he personally saw that the same people end up giving money to different political forces. Apart from his restauranteur business, Stefan has also worked as an accountant for political party finances. I ask him to delve a little deeper into his allusions, but he does not.

As I say goodbye to Stefan, I notive above his free-food refridgerator, a sign bearing the following motto: "From people, to people". This tells me more about his initiative than anything else he has mentioned so far. I leave him preparing food for both those who can, and cannot, pay.