Ideas abound as to how the EU could exert a positive influence in Africa, but the pursual of individual states’ interests stands in the way of an effective and responsible EU policy. 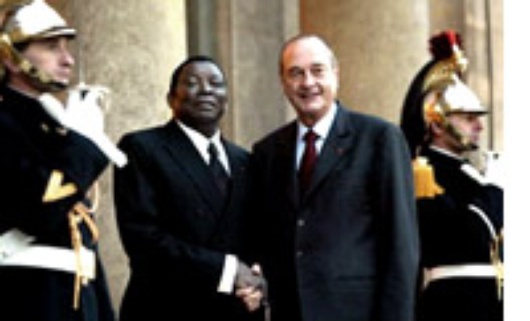 In 1957, the Africa question cast almost certain doom over the creation of the European Economic Community. De Gaulle threatened to withdraw France from talks if “association” between the French colonies and the EEC was not allowed. Paris got its own way. Access to the markets and resources in the former French and Belgian colonies was guaranteed by the Treaty of Rome. France had secured its sphere of influence in francophone Africa.

In the aftermath of the African states’ independence and Britain’s accession to the EEC, the first Lomé Convention in 1975 secured an economic and political link between the ACP states (initially 46, now 77 African, Caribbean and Pacific states, including all of sub-Saharan Africa) and Europe. During the first oil crisis and the Cold War, the EEC wanted to maintain access to resources and keep the ACP states under the watchful eye of the West. The Lomé Agreement was finally replaced in 2000 by the Cotonou Agreement, which particularly emphasised poverty reduction and the political dimension of cooperation (ie. democracy and human rights), and aimed for the integration of the ACP states into world trade. 25 billion euros have been made available in the European Development Fundand in the form of European Central Bank loans to finance these goals until 2007.

Sounds good so far. Unfortunately, the EU’s other interests all too often foil the noble aim of European cooperation with Africa. Poor countries’ development opportunities have been continually restricted by the EU and the USA’s manoeuvres in the WTO. The Africans are now prohibited, for example, from replicating Northern industrial products – precisely how South Korea and Taiwan were able to liberate themselves from poverty in the 70s. Even the OECD, not particularly renowned for its criticism of industrial nations, has asserted that EU agricultural policy prevents African countries from developing. On top of that, only a shockingly slight fraction of the EU development aid funds has been spent on fighting poverty – a slap in the face for the EU from the club of industrial states.

Everything but arms, sugar, bananas and rice

In 2001, the EU announced its initiative Everything but Arms. By 2004, various import restrictions on all products except arms should be dropped for the 49 poorest countries (of which 34 are in sub-Saharan Africa). The European farming lobby managed, however, to secure transitional regulations excluding certain products like sugar, rice and bananas until 2009, thereby thwarting most of the programme’s positive influence.

Does the EU’s crisis management and conflict prevention policy for Africa look any better? In 2003, the Democratic Republic of Congo saw the EU’s first military operation outside Europe. 1,500 troops were sent under UN mandate to the region around Bunia in the East of the country to stabilise the security situation. It did work, even if results were geographically limited and short-lived. The 3-month deployment was followed by notable disinterest as far as EU policy making is concerned. There is a suspicion that it was nothing more than a trial run for the EU intervention army. The EU has still not to this day come up with a strategy for dealing with the causes of the conflict there and is failing to speak out about the continuing, large-scale civilian assaults in this country ravaged by civil war.

Warm words but no action

In the aftermath of EU’s catastrophic strategy of non-intervention in the genocide in Rwanda in 1994 (with the exception of France, which gave military and political support to the Habayarima government, responsible for the genocide), the Union has in fact approved a comprehensive catalogue of measures to deal with the root causes of African conflicts, to end existing conflicts and to promote the reconstruction of structures supporting peace. EU policy is intended to place a priority on action in individual states, to combine development policy and foreign policy-making within a coherent strategy for individual cases, and consequently to place sanctions on states which violate democratic values and human rights. In reality, though, these high demands can barely be put into practice. Most of all, it is the ex-colonial ex-superpowers France and Great Britain who oppose a meaty EU Africa strategy. And so France continues to back the Togolese dictator Eyadema despite blatant manipulation of elections right under the noses of EU election observers. The former colonial power is just as shamelessly sticking by the rebel Sassou-Nguesso in Congo-Brazzaville, who has been condemned by the EU for human rights violations and his illegal coup d’état. After the death of the eco-activist and man of letters, Ken Saro-Wiwa, an EU oil embargo against Nigeria failed in 1995 due to resistance from France, Italy, Britain and the Netherlands (the latter two countries doubtlessly motivated by their interests in the Shell group). There are countless such examples.

As a partner of the African Union, the EU is in a good position to use the rods of European development, foreign and security policy to exert a strong influence in encouraging peace and development in Africa. However, the well-timed intervention of lobby groups and member states with ulterior interests continually undermines the EU’s plans. The EU prefers to delegate African issues to the old colonial powers, which pursue their own goals in the best colonial tradition, instead of standing up for development and the democratisation of Africa.